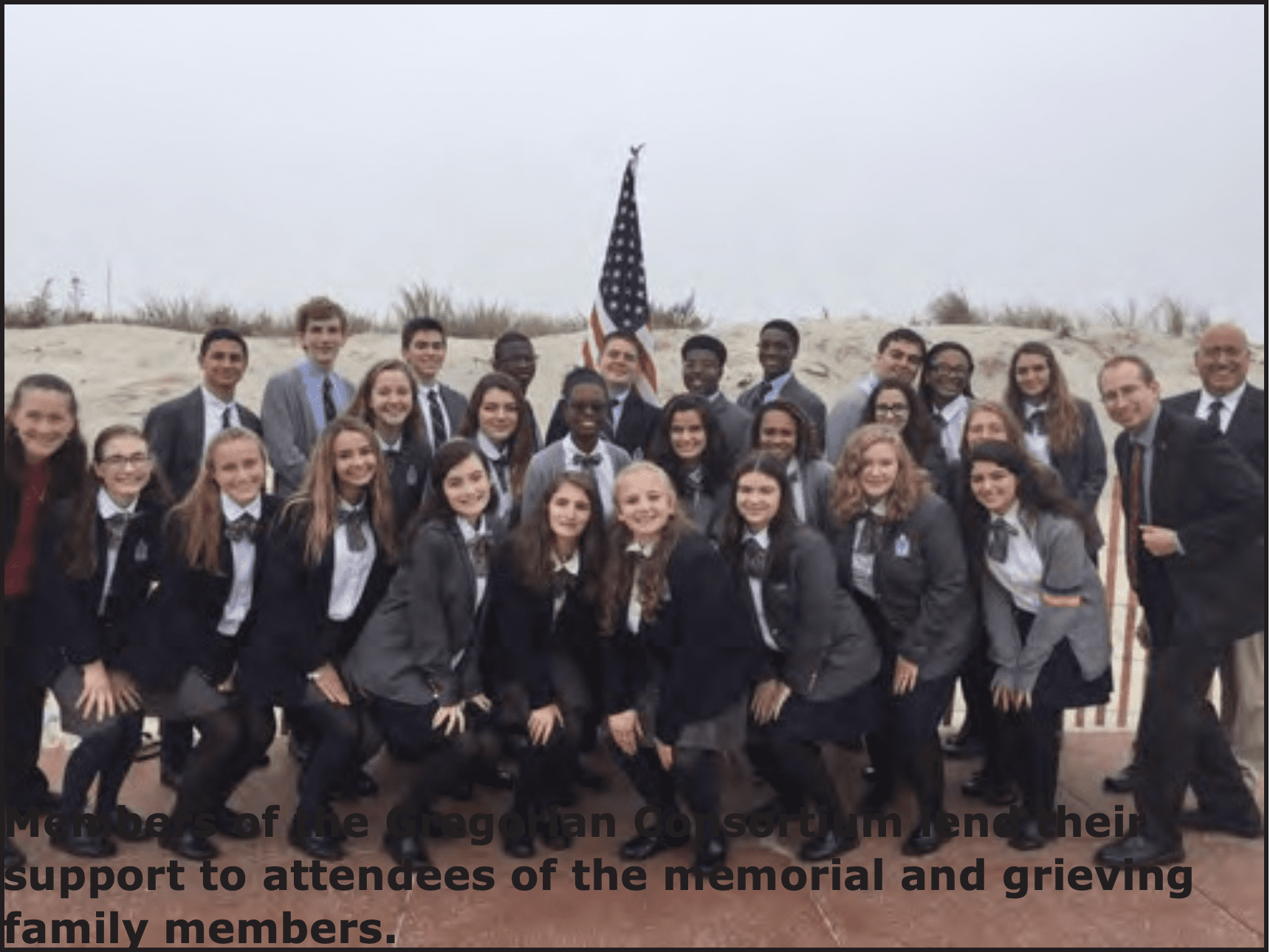 By Phoenix journalist Julia Zacharski ’21:
On Tuesday, September 11, twenty- six members of the Gregorian Consortium traveled to the September 11 Memorial at Point Lookout with Mr. Basile, Mr. Bursig, and Miss Solimeno. There, the students had the opportunity to sing and watch the memorial for those who died seventeen years ago in the attacks on the World Trade Center.
At 7:30 AM, hundreds of people began to gather for the memorial. Members of Gregorian Consortium sang hymns such as “How Great Art Thou” and “Let There Be Peace” as people processed into the memorial.
Many of the students who attended have participated in this event more than once, and see it as a wonderful commemoration of those lost to the attacks on September 11, 2001. Senior Sarah Narcisse, who has sung at this memorial for the past three years, remarks, “This event makes me feel the reverence and the sadness of those who have lost loved ones due to the September 11 attacks. Listening to the stories of those lost, family and friends, I am glad that we can attend and play a small part in helping them feel better, even for a moment.”
As the ceremony began, Laura Gillen, Hempstead Town Supervisor, spoke, stating that the annual memorial “is an opportunity to reflect, pay tribute and honor the heroes who died.” Town officials, firefighters, and police officers joined her in honoring victims.

The ceremony also featured various religious speakers, such as Reverend Sedgwick Easley from Union Baptist Church, who lead the crowd in prayer. Speakers also included those who lost family members and friends due to the tragic attacks, sharing their stories of loss and the impact that the events left on their lives.
At 8:46 AM, the time that the first plane crashed into the North Tower, officials rang a bell in remembrance of those whose lives were lost.
The monument is also accompanied by a 35-foot long mural. “This is the right spot, this is the right time, so that all of us remember and reflect,” remarked Anthony Santino, Hempstead’s former town supervisor.
Sophomore Clara Ambrosino states, “It was a beautiful ceremony and it was so touching to see that all of the people who lost a loved one in this tragic event have somewhere to talk about what happened with others who experienced similar things.”
After the memorial, students had a quick breakfast on the beach in Point Lookout where flowers were placed to honor lost loved ones.