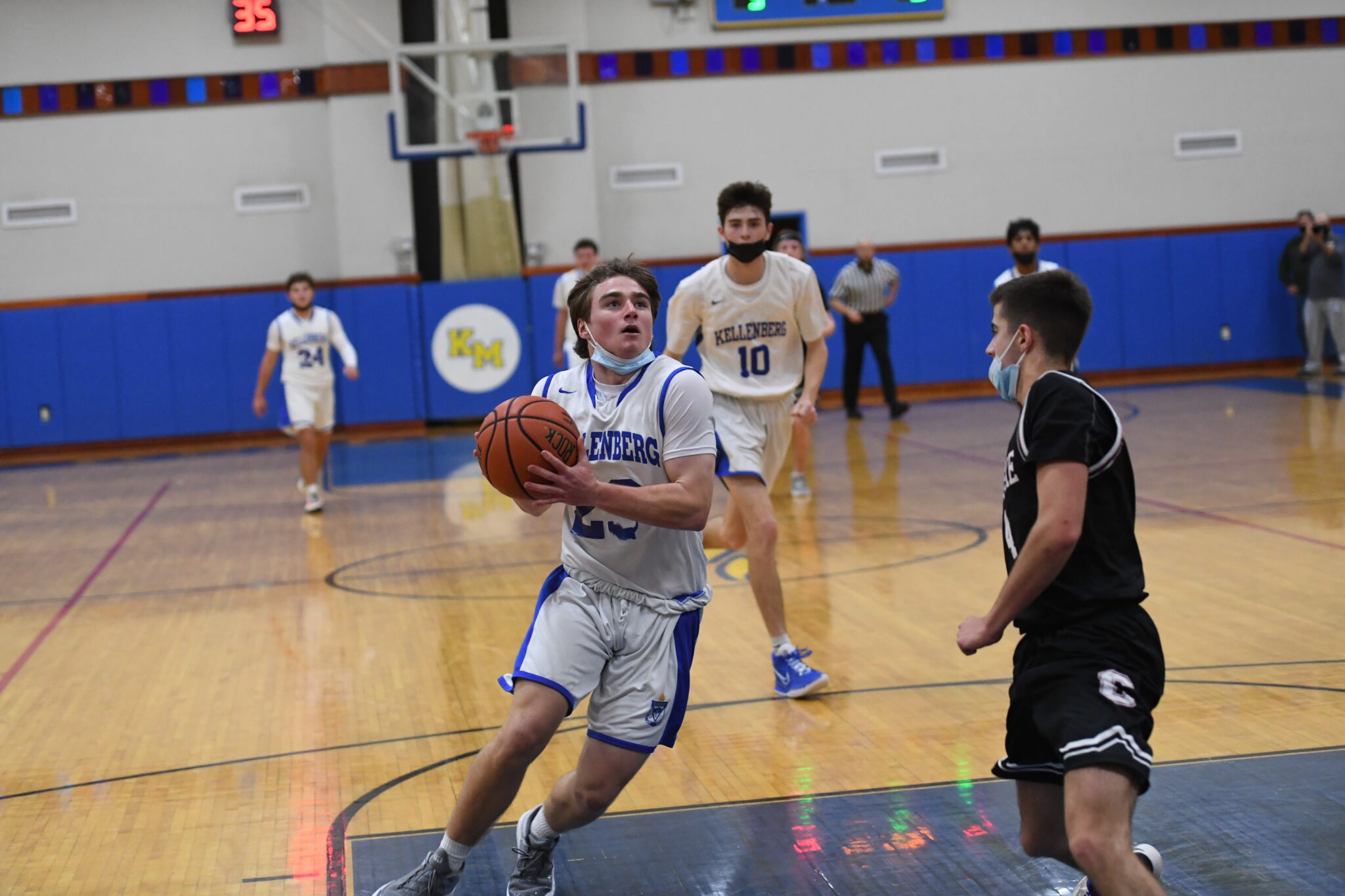 On January 17, Kellenberg welcomed Holy Trinity for this year’s rendition of the Tom Crotty Classic.

Tom Crotty was looked at as a star basketball player for Maria Regina from 1974 to 1978. When he was tragically killed during the 9/11 attacks, Kellenberg added a tournament to their schedule in his honor.

Over the years, the tournament has been one of the most anticipated times of the season. This year, the memorial evolved into an exhibition game with the main focus of bringing Tom’s friends together.

The game opened up with a smooth series of pull up jumpers from Greg Kenney ‘22 and wizardly passes from Brendan Dunster ‘22. Throughout the match, Kellenberg was thriving on their grit. The paint seemed to open up anytime Connor Eakin ‘22 stepped foot in it and Patrick Ganun ‘22 displayed his ability to swerve through traffic and make tough and-one finishes. 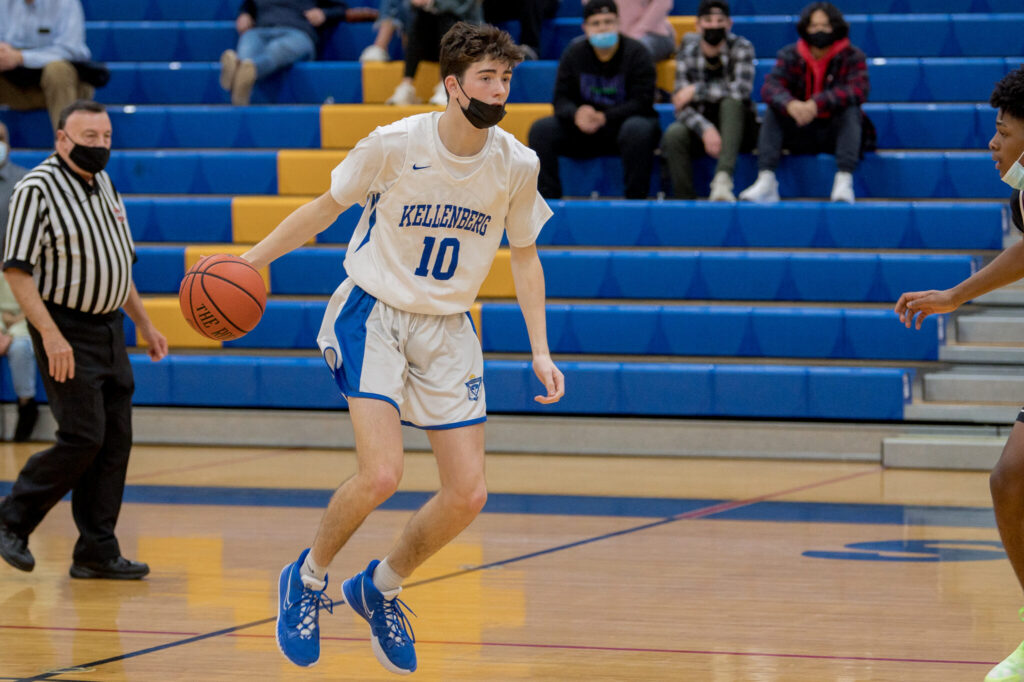 The team was able to slim Holy Trinity’s lead early in the fourth, but after a hard fought battle, Kellenberg ultimately fell in a 48-65 loss.

Despite what was presented on the scoreboard, only positives were to take from the event. Coach McCutcheon likened the way the team played as a homage to Tom, saying, “We use three words to describe our team: small, smart, and sassy. Tom wasn’t the tallest guy in the world, but he always played with toughness, and that’s what I told the guys to go out there and do before the game.”

Tom’s impact is much bigger than basketball, and it is he who brings the crowd together year after year. One of Tom’s friends and former teammates, Greg DeVerna, expressed gratitude in the memorial. “We do this to keep Tom’s memory alive through the game of basketball. His memory is still with us and basketball is something that connects us 50 years later.”, he remarked. “This wasn’t about one game, this was to keep Tommy’s name and memory alive.”