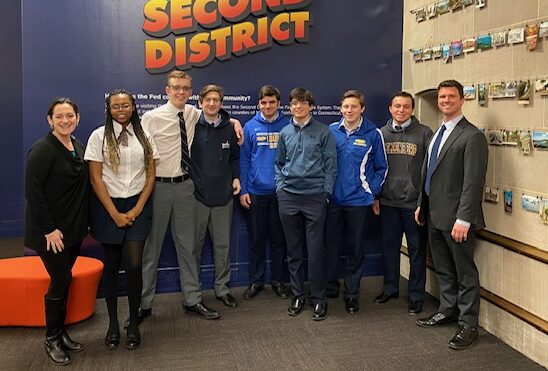 In February, 8 members of the Business and Finance Club traveled to the Federal Reserve in New York City for a boot camp in preparation for the Fed Challenge.  These 8 students were part of the Maiden Lane Division of the Challenge.  They were given their case study and were to give a 15-minute presentation that addressed the case study economic conditions, identify possible positive or negative risks to the economy, and recommend a monetary policy response.  This would be followed up with a Q&A session where judged would ask questions focusing on data, analysis, and policy recommendation that had been presented by the team.  The students immediately began preparing.

At the beginning of March, as efforts to contain and mitigate the impact of COVID-19 grew, the Federal Reserve decided to remotely conduct the preliminary rounds of the High School Fed Challenge scheduled for March 12th.  The presentation would now be delivered by conference call with the Bank judges.  We were given a time to call in and conduct the challenge.  The students on the evening of March 11th held a virtual meet-up to finalize preparation for the challenge.

When the news that Kellenberg would be closing on March 12th, the Federal Reserve was amazing in accommodating our students, and as a good economist is always prepared for any challenge, our students were ready.  Early on the morning of the 12th, the students gathered through Google meet and discussed how they would present via conference call.  When the competition began, the students were fantastic.  They seamlessly presented their case study and answered all the questions the judges presented to them.  They truly did a phenomenal job!

In the days that followed, we were alerted that due to the current situation, the Fed Challenge would be ending after the preliminary round and that Kellenberg Memorial had earned the highest score in its bracket and had been named a Group Champion!  Additionally, Kellenberg has the distinct pleasure of being the only high school in New York to have won in the Maiden Lane Division!

Both the Federal Reserve and we at Kellenberg, saw the hard work put forth by our students and their ability to adapt to rapidly changing events and complicated circumstances.  Our students should be proud of what they have achieved!  Congratulations to Sophomores Ryan Perrone and Matthew Reardon, and Juniors Patrick Arsell, Naylah Brock, Tim McCaffrey, Alden Sahi, James Sprizzo, and Alexander Wrenn. 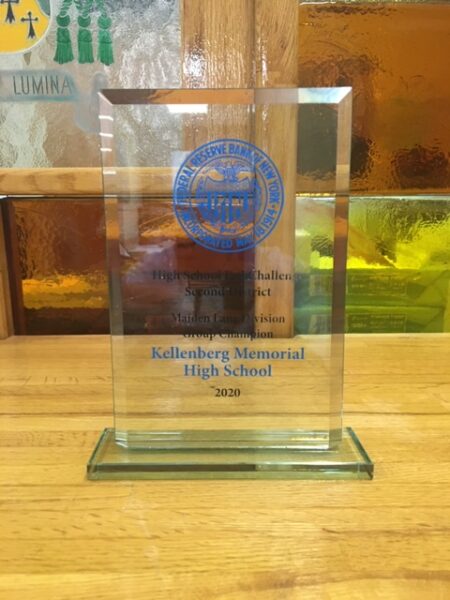