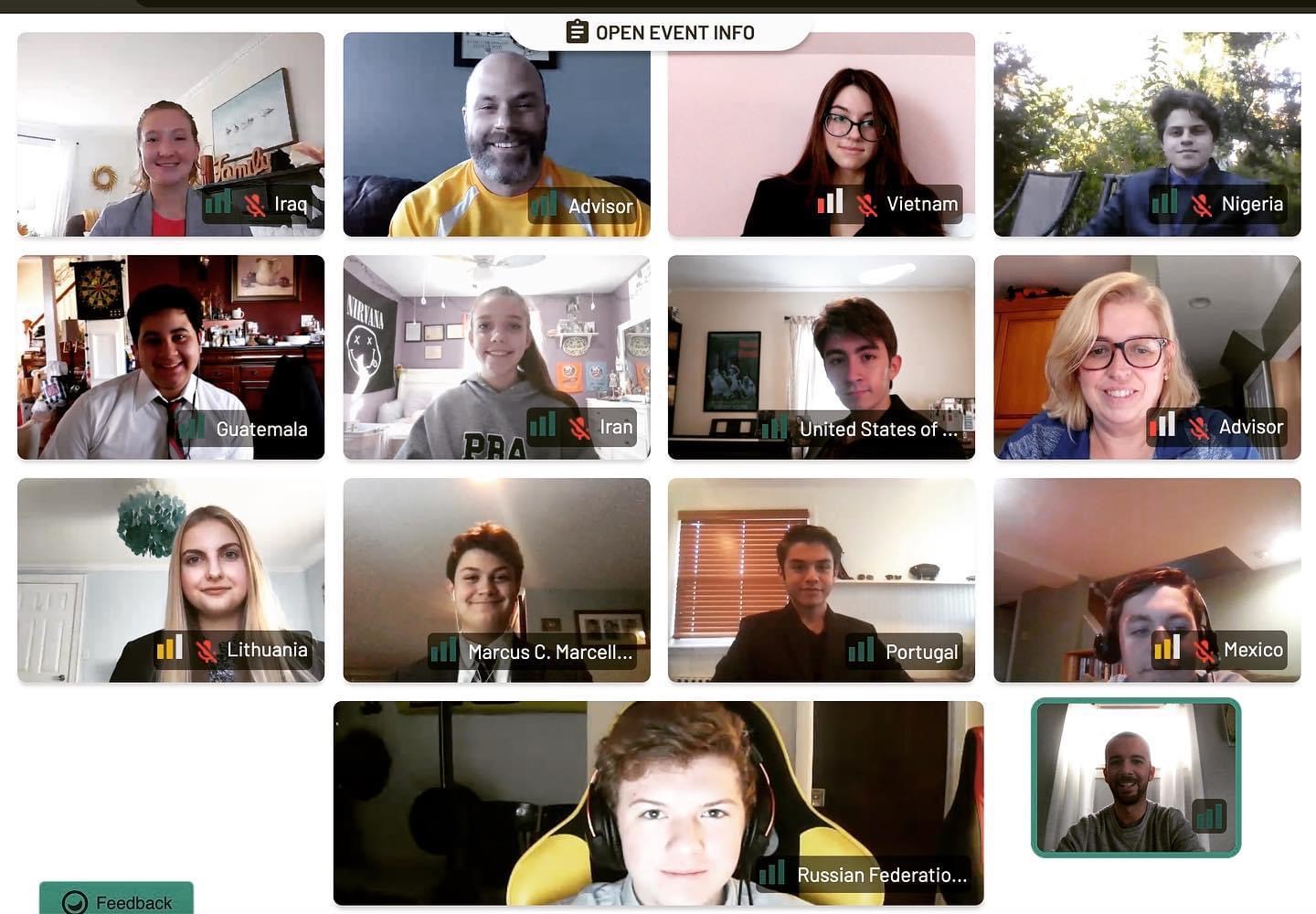 The Kellenberg Model United Nations (KMUN) team kicked off their year with the 22nd Annual University of Connecticut Model United Nations Conference.  UCONN digitally hosted hundreds of delegates from across the United States, all representing their countries best interests.  Delegates debated a wide range of topics ranging from Climate Change, the Dark Web, and even the 1994 Rwandan Genocide.

After three days of long, vigorous debate and diplomacy, a resolution was passed in all of the 25 committees that were held.  The KMUN team sent twelve of our experienced delegates into uncharted waters after receiving our first invitation to the UCONN Conference this year.  Even without knowing what to expect, our delegates thrived under pressure and adapted effortlessly to the challenges that they faced.

The entire team did an outstanding job.  Congratulations to Edward Jansen and Jake Truncale for receiving the Best Delegate awards in their respective committees and to Sarah Rao for being nominated for the Betty Hanson Award, the highest award given at UCONN.  Next stop for the KMUN team is a virtual trip “across the pond” to the University of Oxford next weekend.  Let’s Go KMUN!