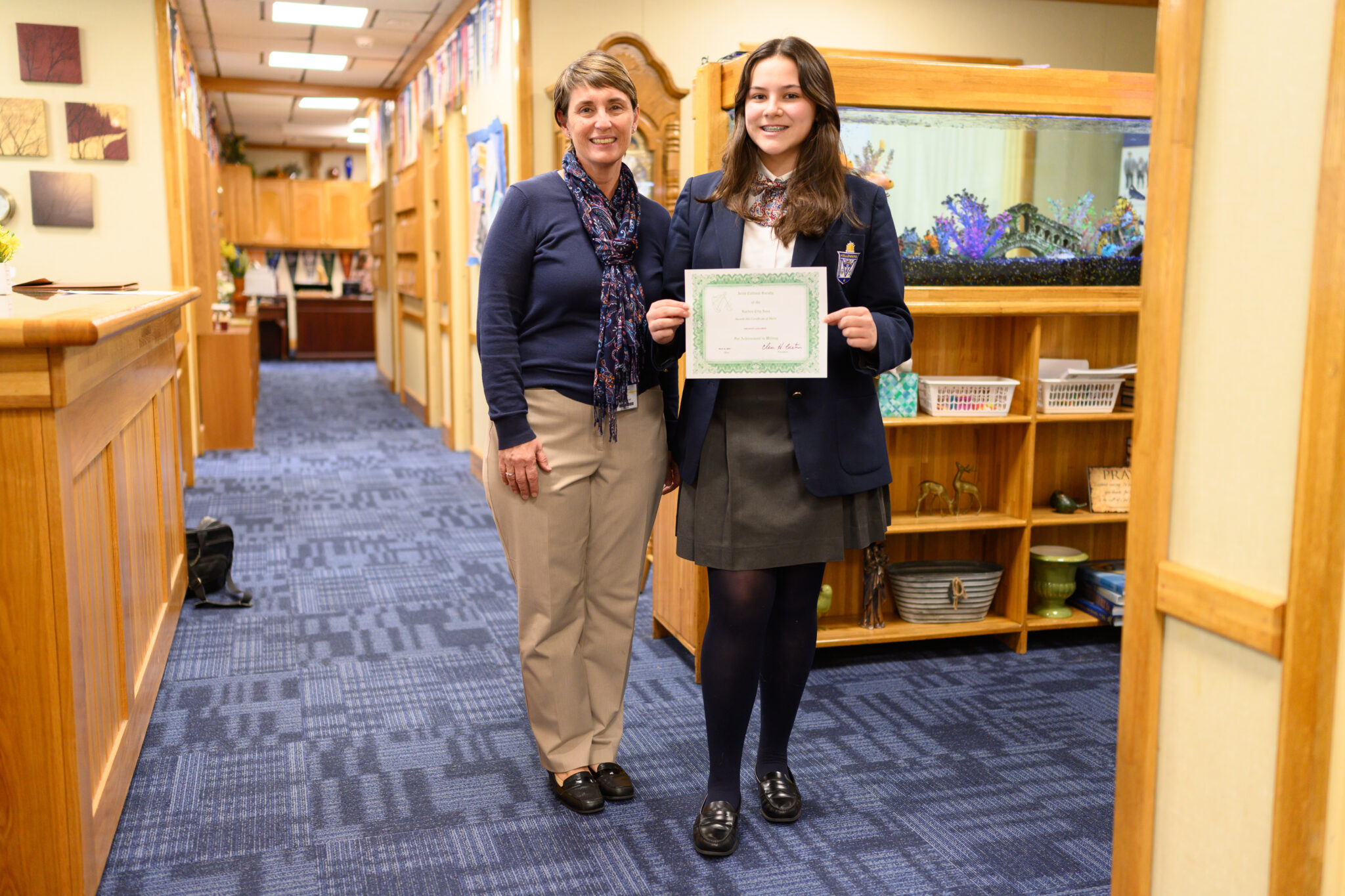 The Kellenberg English department is thrilled to announce that Meghan Lazzarini, class of 2025, has just been named the winner of first prize for the 2022 Martin J. Kelly Writing Contest sponsored by the Irish Cultural Society of Garden City.  Meghan’s submission was a creative reflection on the iconic photograph “Men at Lunch,” a picture which features eleven ironworkers suspended in mid-air on a steel crossbeam of the RCA building in NYC in 1932.

Told from the viewpoint of Matty Shaughnessy, an Irish immigrant who was one of the group of eleven, Meghan’s story begins with an elderly Shaughnessy rummaging through old pictures in the attic when he stumbles upon the one that captured him and his co-workers amidst the clouds above Manhattan:  “My eyes dance between every aspect of the image. Each cigarette, each tweed cap floods my mind with the memories of the forever imprinted moment: a simple meal enjoyed dangling in the sky. Suddenly, I spot a pair of out-turned ears and brushed-over auburn hair of a young freckled lad. My ears. I was just 25, tall and lean, hunching over to light a cigarette after a long half-day of work.”

Mrs. Marconi, Meghan’s ninth grade English teacher, welcomed the opportunity for the entire Kellenberg community to get a glimpse of something Mrs. Marconi had already known.  “Meghan Lazzarini has been a standout in class since September of this year.  Her exceptional talent for the written and spoken word are continually on display.” In recognition of her superior writing skills, Meghan received a certificate of merit as well as a monetary prize from the Irish Cultural Society.

This marks the second time in the 2021-22 school year that a Kellenberg student has been named a contest winner as Meghan joins Rebecca Doyle, class of 2022, who received the Molloy College Gothic Fiction Award for her short story “Redwood” back in October.