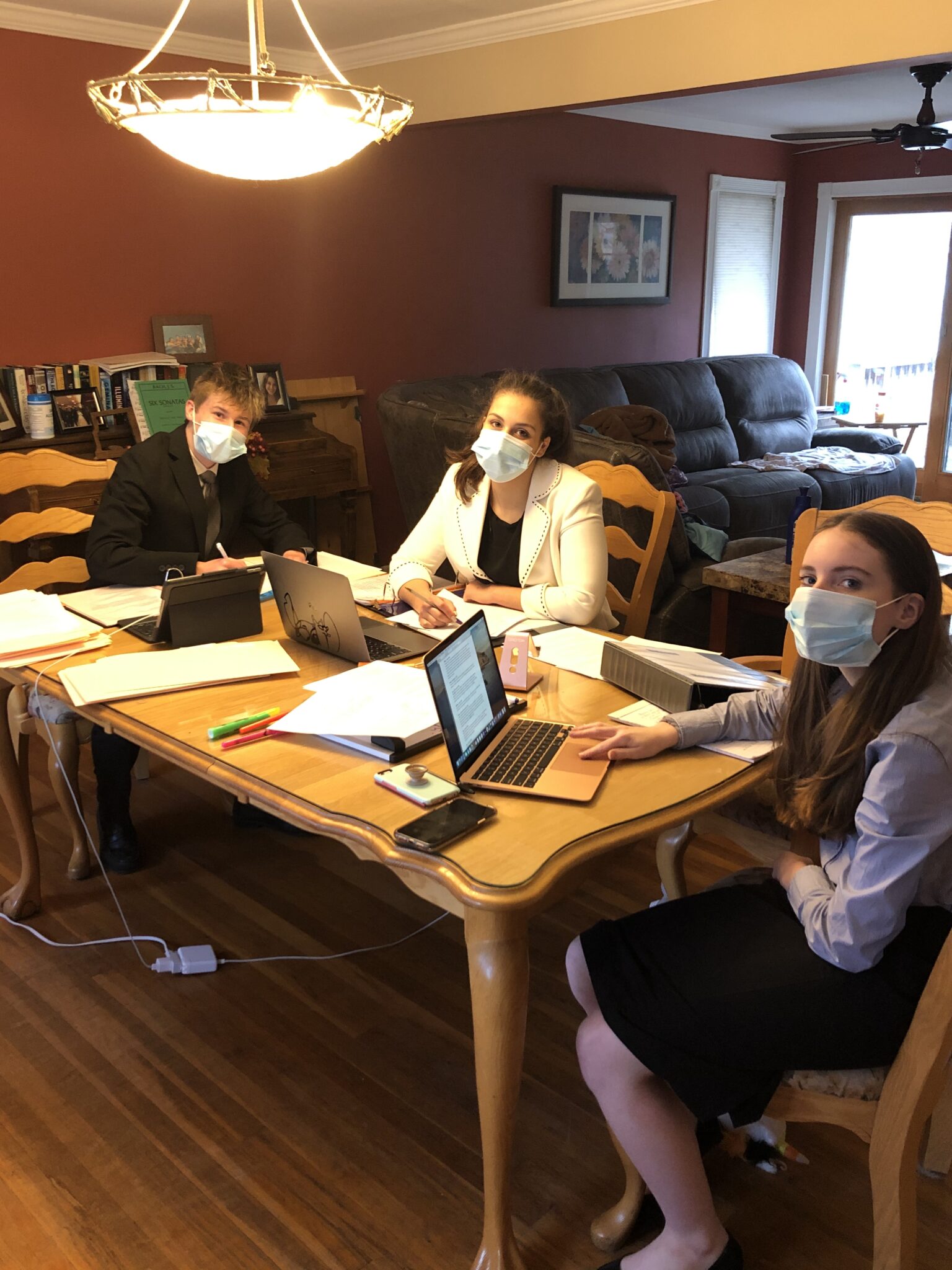 Although this is a year like no other, the Mock Trial Team is hard at work competing in several virtual competitions this year. Back in September, the High School Mock Trial team successfully competed at the Yale Bulldog Invitational against schools from around the country. After a tough first day against a nationally-ranked competition, the team rebounded by winning both of their trials Sunday. They ended with a 4 – 4 record. Congratulations to senior attorneys Ava Boneville, Colin Crowley, and Meaghan O’Keefe for collectively picking up 35 out of 60 possible ranks with stellar performances. A special congratulations to witness Edward Goodyear for receiving a best witness award at the competition with 18 out of 20 ranks. Juniors Joshua Fox and Daniel Walsh as well as Sophomore Alexa Mazzamuto were instrumental to the team’s victories by portraying witnesses in the competition.

The high school team is now preparing for another difficult competition to be held virtually on January 23 -24 by the University of Pennsylvania followed by the New York State Competition and other events. Senior Leaders Ava Boneville, Colin Crowley, and Meaghan O’Keefe are all thrilled to be able to compete this year, even though the competitions are being held online instead of in person.

The Latin School Mock Trial Team will compete virtually twice against St. Aidan’s in late January and early February, to be followed by other events later in the school year.