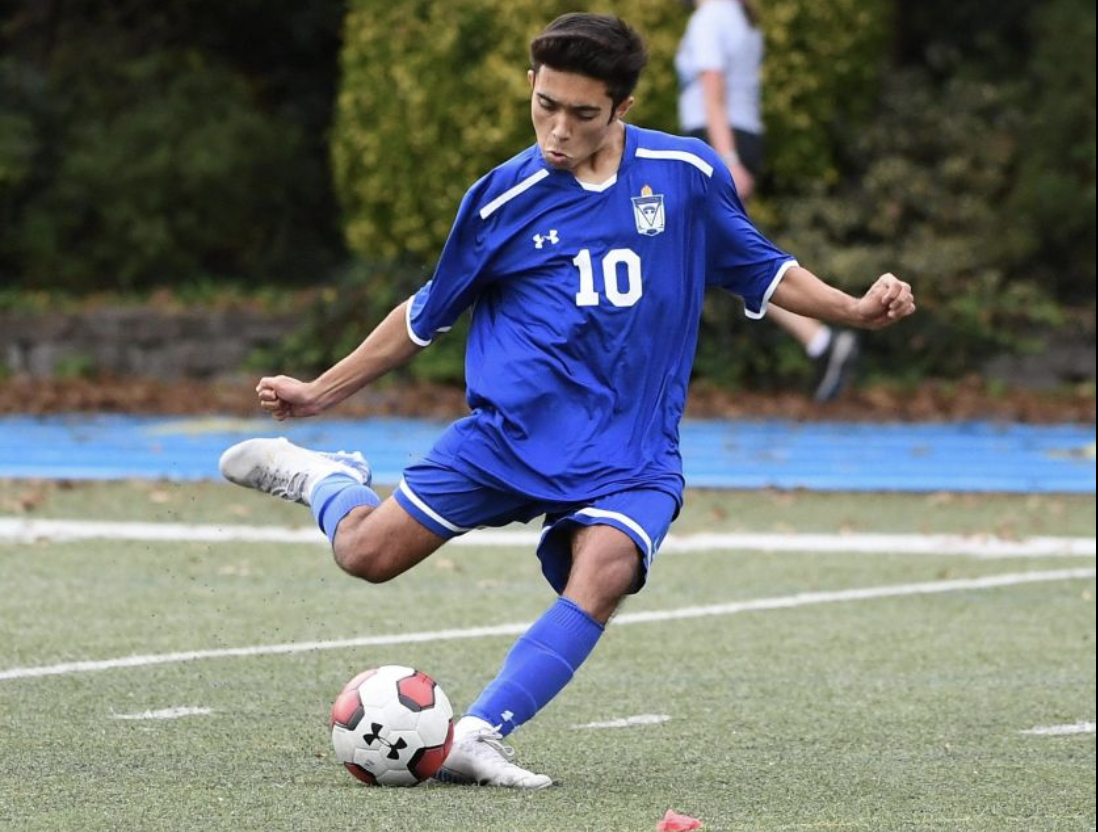 For Jack Quinlan, it’s all in the job description.

Every time the Kellenberg senior striker steps onto the field, he’s determined to put the ball in the back of the net and on Tuesday afternoon that’s exactly what he did. Quinlan recorded the lone goal of the day, scoring on a second-half rebound after Nicholas Arcabasso’s free kick, to lift the Firebirds to a 1-0 victory over St. John the Baptist in a CHSAA matchup.

“[Nicholas] did a great job to put it on frame, I just reacted,” Quinlan said. “As a striker, you want to react in the box, and I was lucky to have the ball fall to me…obviously my eyes lit up.”

Arcabasso drew the free kick with just under 35 minutes left to play as the Firebirds (4-0-1) came out of halftime with an extra spring in their collective step. Kellenberg missed a handful of early-game opportunities, but Arcabasso said the team didn’t want to waste this one.