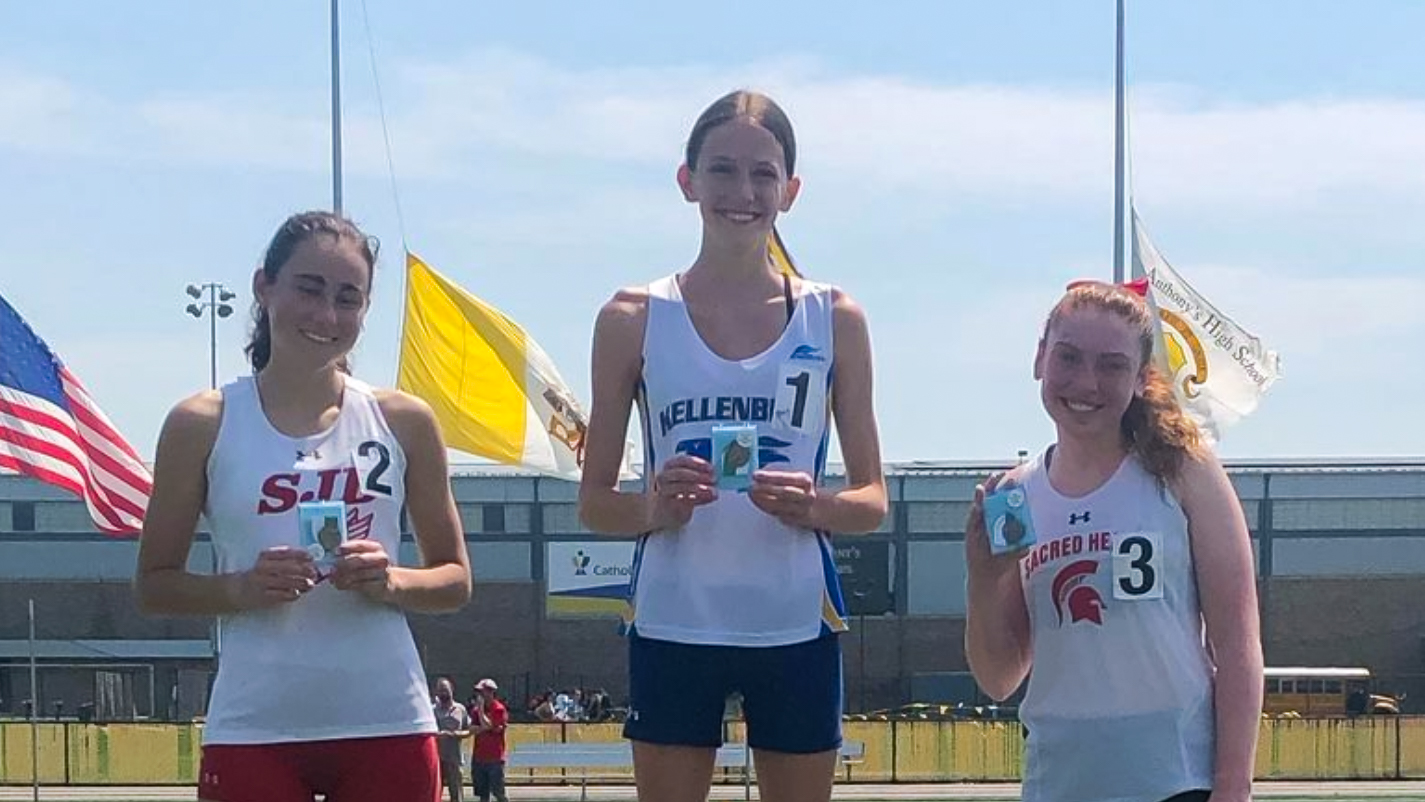 That sound you hear is the collective shudder of thousands of high school track and field athletes who know that dangerous word all too well. It’s the moment where self-improvement stops and frustration starts. There’s no regression — there just isn’t any improvement. In a sport where constant betterment is the aim, this is the opposite.

On Saturday, Kellenberg’s Kathleen Healy broke her plateau and couldn’t have been happier about it. The senior won the 2,000 meter steeplechase in eight minutes, 5.68 seconds at the Nassau-Suffolk CHSAA league track and field championships at St. Anthony’s High School.

The time was a major leap from her four previous marks this season, which ranged from 8:22.67 in early April to 8:38.30 last weekend.

“I’ve been trying to get a better mindset,” Healy said. “Someone had told me that what you do in meets doesn’t take away from what you do in practice. If you don’t do good in meets, that doesn’t discount all the hard work that you do in practice. That was something that I really tried to stick with today, that even though some of those previous meets I’d been to hadn’t gone my way, I still have practiced really hard.”