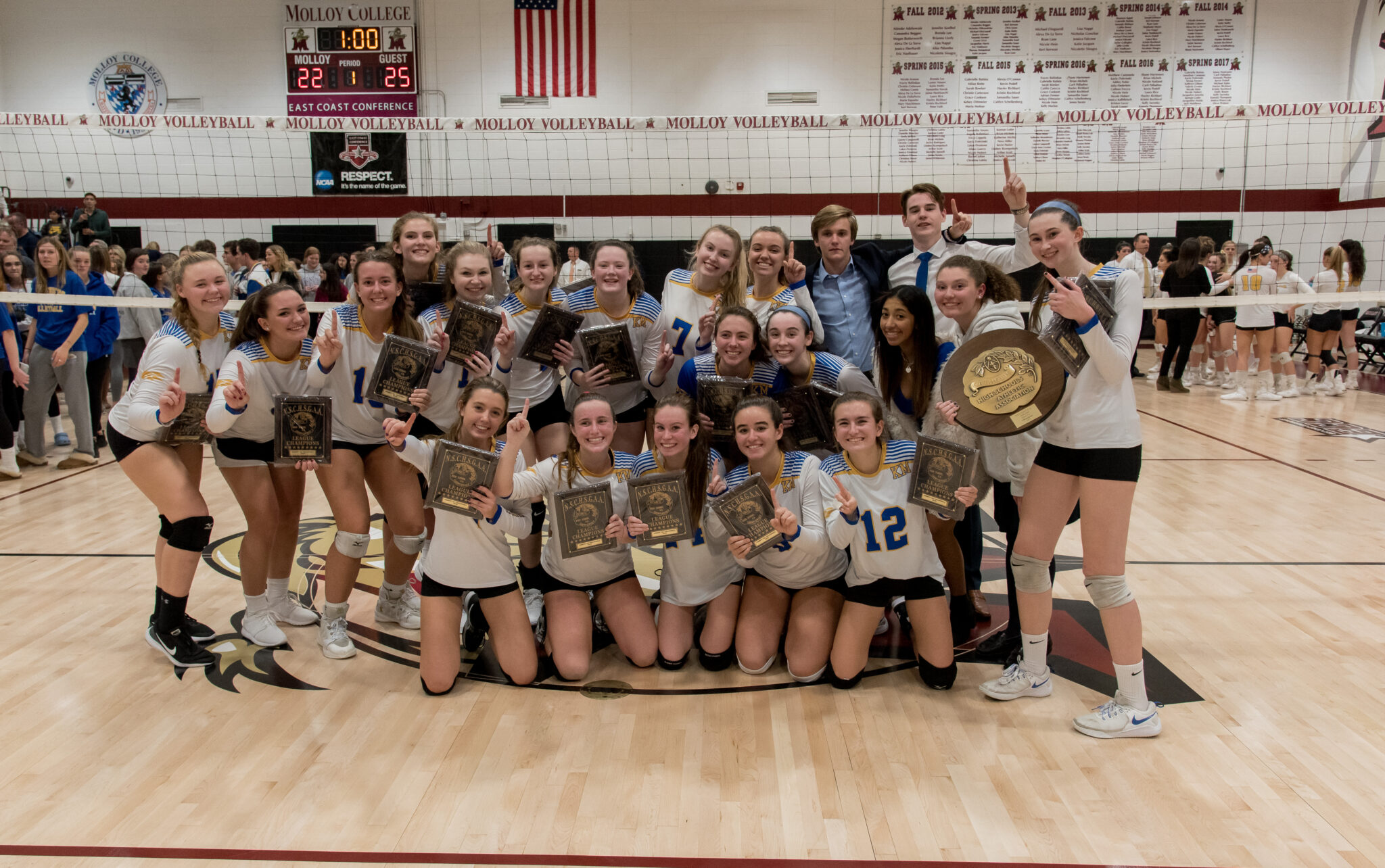 After her Firebirds stormed out to a two-set lead but dropped the third set to St. Anthony’s (the undefeated top seed) in Tuesday night’s CHSAA league championship match at Molloy College, she went back to the huddle with a simple message: Play for the little girl who fell in love with volleyball.

That resonated with setter Maggie Caffrey, who set Rebecca Meier for the final two points of the match. Caffrey’s 36 assists paced second-seeded Kellenberg to a 25-15, 25-19, 23-25, 25-22 win for it’s fourth CHSAA championship in five seasons.

The Firebirds advance to Saturday’s state CHSAA tournament at York College in Queens.

“She basically told us to go out there, play your game. She always tells us to play it for the little girl who fell in love with the game, and that really stuck with me this season.”

Caffrey distributed the ball evenly. Emily Acimovic (who was voted by the league’s coaches as the league MVP) tied with Teresa Moulder and Samantha Lombardi for the team-lead with eight kills. Meier and Carly Kane each had seven kills.

“I think we focused on that because having one person hit every ball isn’t going to win a championship,” Acimovic said.