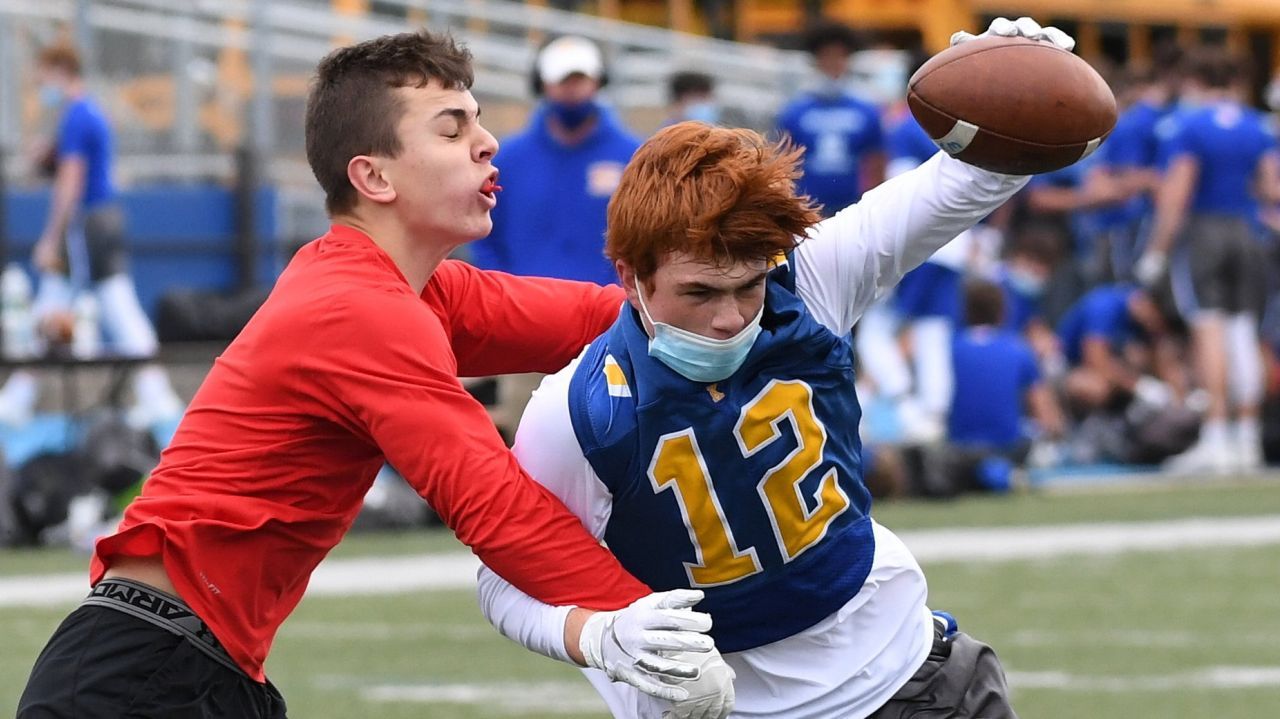 Every kid who grows up with a football envisions turning in a performance that leaves a crowd chanting his name.

Maximus Mongelli of Kellenberg has an idea what that might look like from watching the 2000 film ‘Gladiator,’ but he didn’t get the authentic experience on Sunday after a series of stellar receptions led the host Firebirds to a 37-29 win over Chaminade in the teams’ featured 7-on-7 Catholic High School Football League game.

The CHSFL isn’t admitting spectators because of the coronavirus pandemic.

Mongelli, a senior wide receiver, caught 12 passes for 101 yards, three touchdowns and a one-point conversion for the Firebirds. He made four fourth-down receptions that went for touchdowns or first downs.