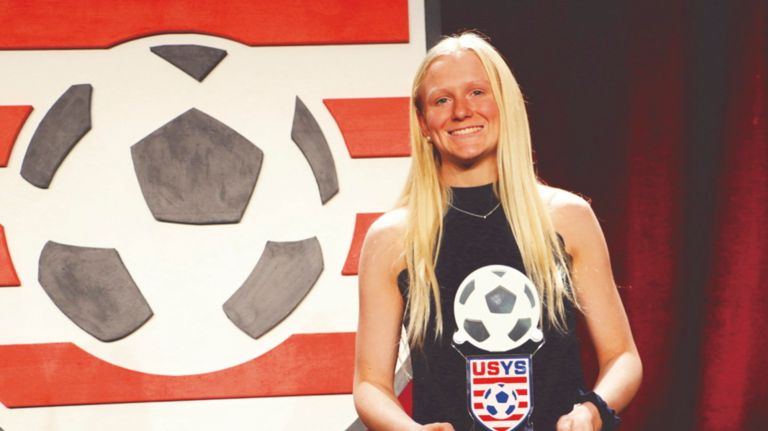 A student at Kellenberg Memorial High School in Uniondale has been named the Volunteer of the Year by the Long Island Junior Soccer League.

Jessica Lee, a senior, has received the league’s Marg McGory TOPSoccer Volunteer of the Year Award, which is named for a longtime advocate for special-needs individuals.

Lee, who has played soccer since she was three, plays for the league’s Garden City Park Shooting Stars and on the varsity soccer team at Kellenberg, where she served as captain this past fall season. She has also been involved for nine years with the West Hempstead Chiefs Soccer Club, which her family founded.

“I believe that all kids should have the same opportunities in life,” Lee, 17, said. “TOPSoccer helps make that happen. Seeing the players every week and their faces full of excitement, ready to play soccer, never fails to put a smile on my face.”