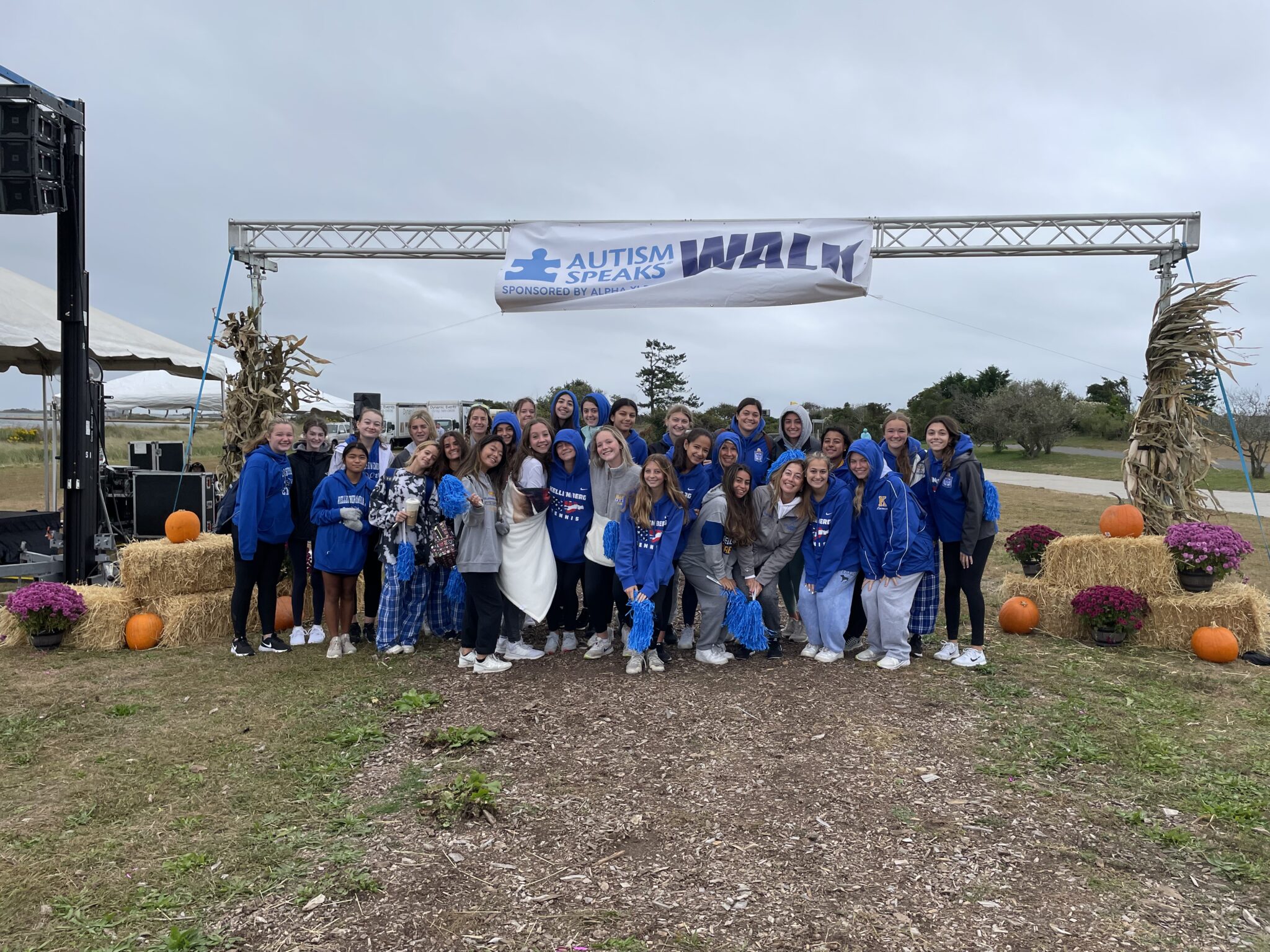 On Sunday, October 10th, twenty-eight members of the Varsity Tennis AA and A teams along with their coaches met at 8:30 AM at Jones Beach Field 5 to begin a four mile walk with the objective of raising awareness and funds for Autism Speaks. Autism Speaks is an organization dedicated to promoting solutions for the needs of individuals with autism and their families.

The tennis team along with their parents all wore their Kellenberg Royal Blue Tennis Sweatshirts, which is the color that represents Autism Awareness. The color blue’s association with autism originated from Autism Speaks’ campaign known as “Light it Up Blue”.

Many teams from several other local schools were in attendance. As the walk progressed, rain began to fall, but it did not keep the Tennis Team and others from supporting the cause. The walkers were both cheering and cheered on as they marched on. The event had many booths that offered information regarding autism research, family resources as well as support services. A DJ was in attendance to entertain the participating families and supporters.

Coach Simonelli inquired about Autism Speaks several years ago because she felt the walk was an opportunity for the KMHS Tennis team to come together in service to support a great cause. The team raised $1,000.00 dollars this year, and Junior members Ava Finnegan and Ashley Glynn received t-shirts for their personal contributions to the cause. Collectively over the years, Kellenberg’s Varsity Tennis has raised over $3000.00 for Autism Speaks to assist in research. Coach Simonelli and the team are extremely proud to be part of this event and will continue to support Autism Speaks going forward.