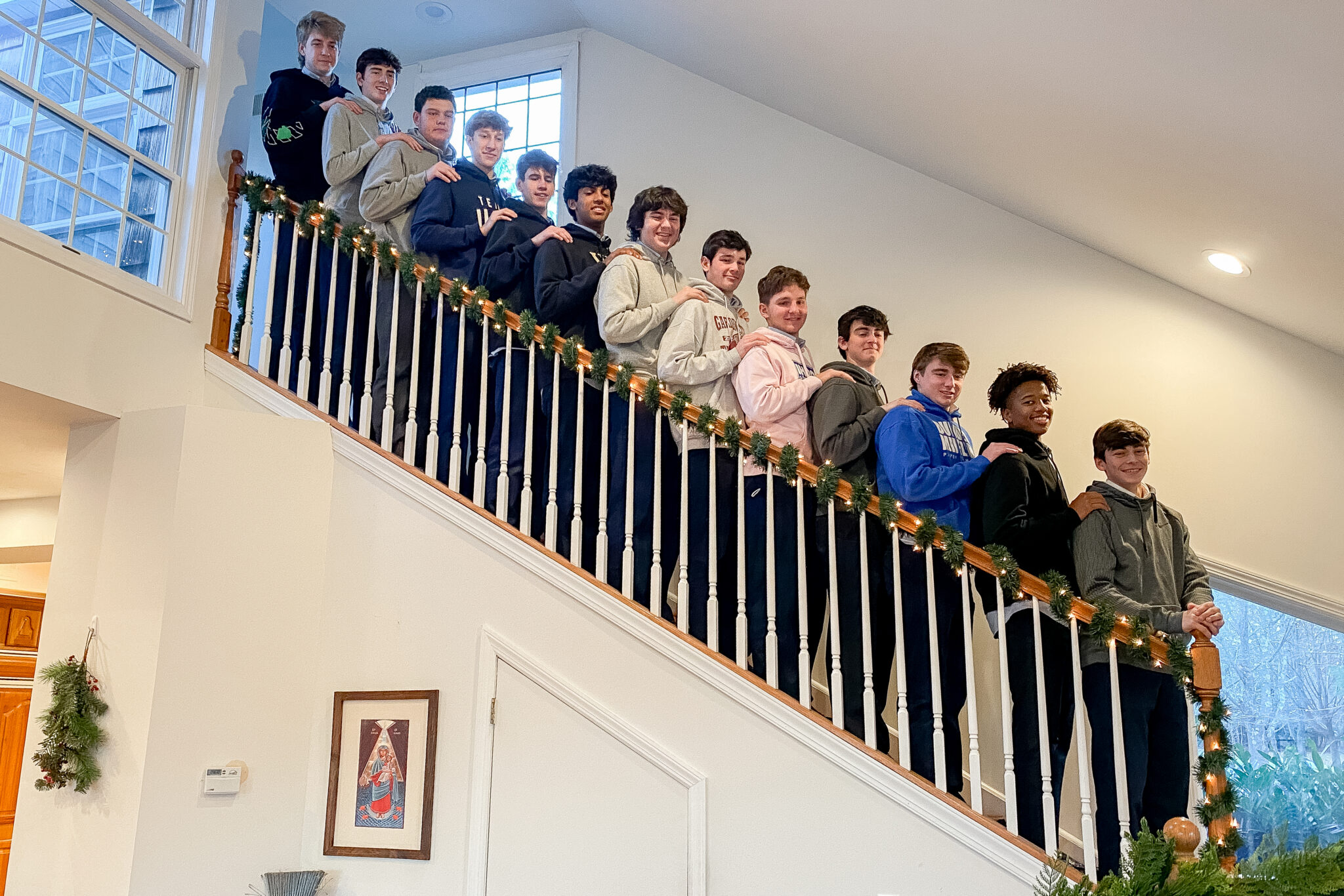 On December third, the Kellenberg Boys Varsity Basketball team continued a long-standing tradition by going on retreat to Stella Maris. The team was accompanied by Coach McCutcheon, Coach Gordon, Coach Lyons, and Brother Michael. This was a fun service-filled day that helped the team bond, create shared memories, and continued to help us grow on our journey in faith as young Catholic men. Upon arriving at Stella Maris the first activity planned for the day was Brother Mike’s prayer service. This was a very special part of the retreat as Brother Mike went out of his way to write a unique prayer for each member of the team. His genuine act of care and kindness showed immense support for us and gave the team the opportunity to step back and take the time to reflect on their relationship with God. “As I was immersed in the words that Brother Mike wrote for us I could not help to feel more connected to Jesus,” remarks Jack Koetzner.

Next, it was on to decorations, we split up into groups of three and four as we embellished the inside of the retreat house. We decorated two Christmas trees and strung lights up around the house and windows. Working together as a team helped us realize the important role each player has to contribute to the overall team’s success. By the time we were finished Stella Maris looked like a winter wonderland. Peter Rusek commented, “ The retreat helped us grow

spiritually and as a team helped us feel more like a family as we all had a great time decorating the trees and the retreat house together.” Yet retreats are not all about prayer and doing service.

After getting done with the decorations we enjoyed the backyard at Stella Maris. We spent quality time together by relaxing and unwinding, playing spike ball, and tossing the football around. It gave the team a chance to connect on another level with each other over more than just basketball.

By this point, it was getting late and it was time to have dinner. The Coaches ordered us pizza and garlic knots from a nearby pizzeria. Before we ate dinner we took a minute to say what we were thankful for and said grace. As a team, we recounted the day and the experience we had together. Connor Eakin said, “It was nice to take a break and get to know my teammates better.” We also prepared for our upcoming game later that evening. This was an enjoyable experience for the team as a whole and we hope that it can help us in our season this year as well as our lives moving forward knowing that encouraging, supporting, and motivating others is the key to success. 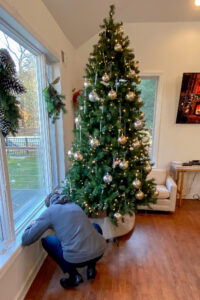 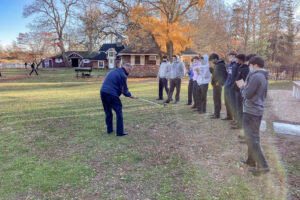 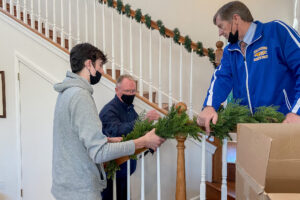 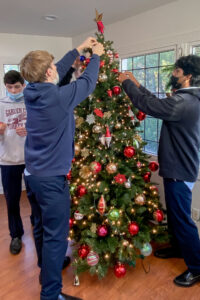 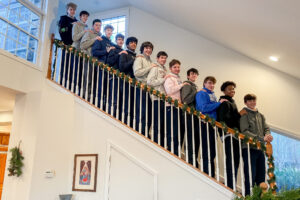