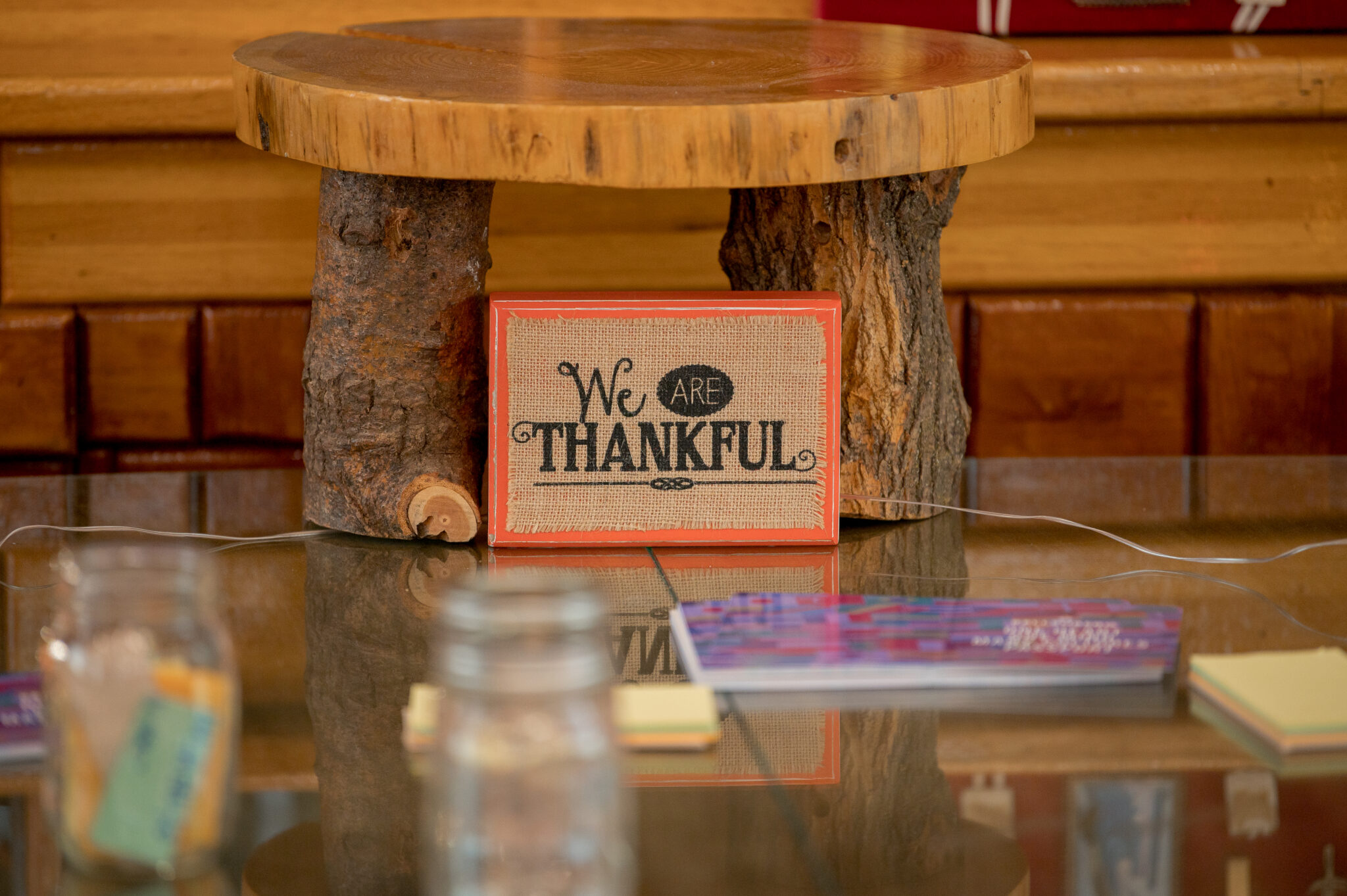 Every family celebrates Thanksgiving in its own way. Whether it be by joining together for a Thanksgiving dinner, running a turkey trot, or by watching a parade, everyone keeps different traditions. 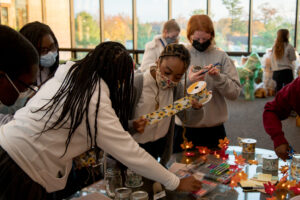 On Monday, November 22nd, Kellenberg’s One Heart, One Mind, Many Cultures Club celebrated the historical and cultural traditions of Thanksgiving in the Millennium Room.

Junior Nicholas Canny said, “We’re learning about other Kellenberg students’ traditions and what we can implement into ours this year. I’m a member of the club and I feel like I learn more every week and gain a wider vision of everyone here at Kellenberg.”

Students were given a prayer and scrapbook page to take home, where everyone at their Thanksgiving Dinner can sign their name. If continued each year, they will be left with a “time capsule”, where they can see who was at each dinner over time. 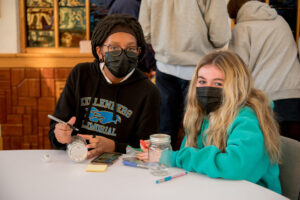 This isn’t the only new tradition that was formed. Using mason jars, markers, colored paper, ribbons, and string, students also made decorative “Gratitude Jars”. These were filled with colorful pieces of paper saying what they are thankful for this year. These jars will be taken home by the students, who will encourage other family members to also write down what they are grateful for. At Thanksgiving Dinner, the family will open and share it with each other.

Senior Khihara Charles shared, “I enjoyed the activity because it reminds me of the small things on this big holiday.”

This event was just one of many in the Student Life Office’s Student Passport Program. With so much more in store, it’s still not too late for students to join in on the action. The Cultures Club, which meets on Mondays after Sodality in the Millenium Room, is still open to new members and future events in the Student Passport Program will be announced throughout the year.