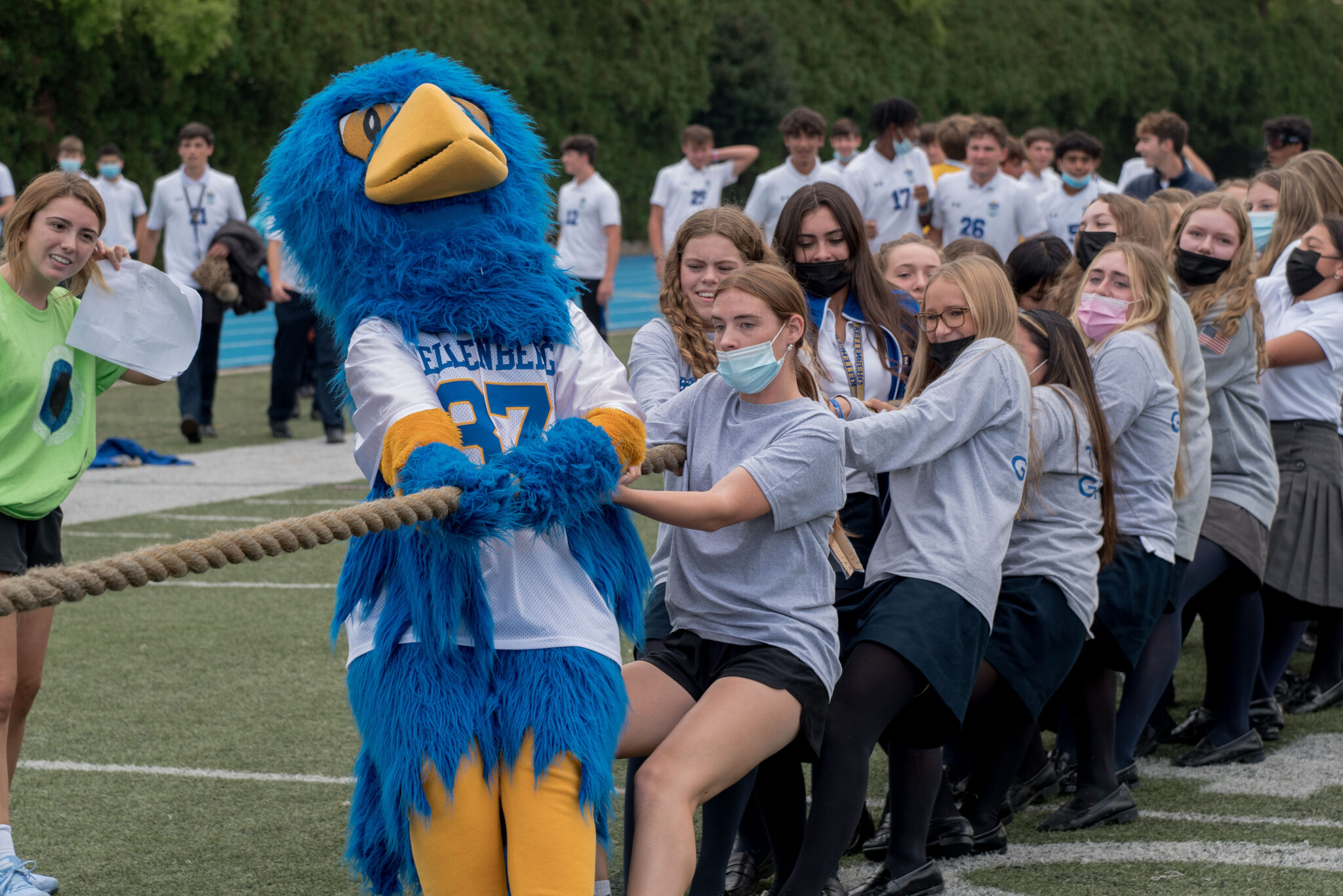 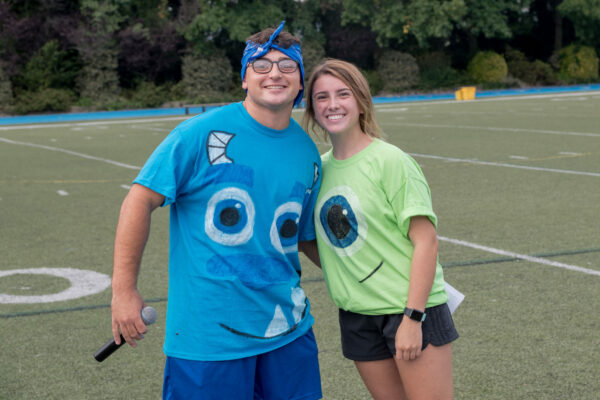 Kellenberg had its annual Fall Sports Spirit Rally on Friday, October 8th to conclude the school day. The students watched the assembly of athletes participate in an array of games on Matthew Field live from their homerooms. Senior Ava Petrosky performed the National Anthem and was followed by an electric routine from the Varsity cheer team.

The first game that was played was the potato sack race, with the winners being both soccer teams, both cross country teams, and cheer. The semi-finals were water balloon toss games, and the cross country teams were both able to come out on top.

After the thrilling performance from the dance team, the final game was tug-of-war. After a collection of compelling non-competitive matchups, the boys’s cross country team prevailed in its contest and was crowned as the Fall Sports Spirit Rally champions. 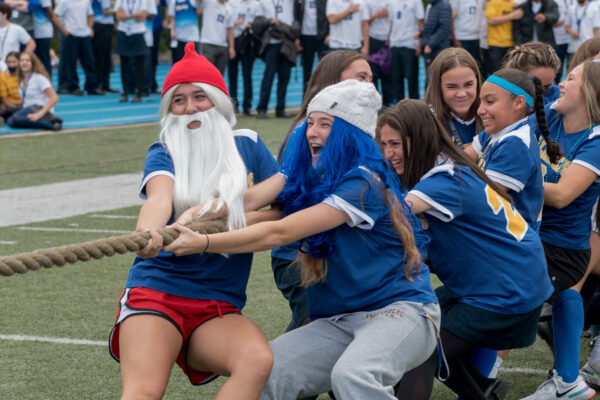 The excited coaches and athletes were happy to share their thoughts on the event. Mrs. Meisse said, “It was the best pep rally we have ever had in years.” Senior James Bayley, who is the captain of the varsity soccer team, stated “It was exciting and competitive. It brought teams together to work on teamwork and thinking alike. It was a good break from the season to show how important it is to be on a team and have good friendships with your teammates.”

Kellenberg pep rallies have never failed to stimulate energy among the student body. This year’s rally will surely be remembered for years to come.