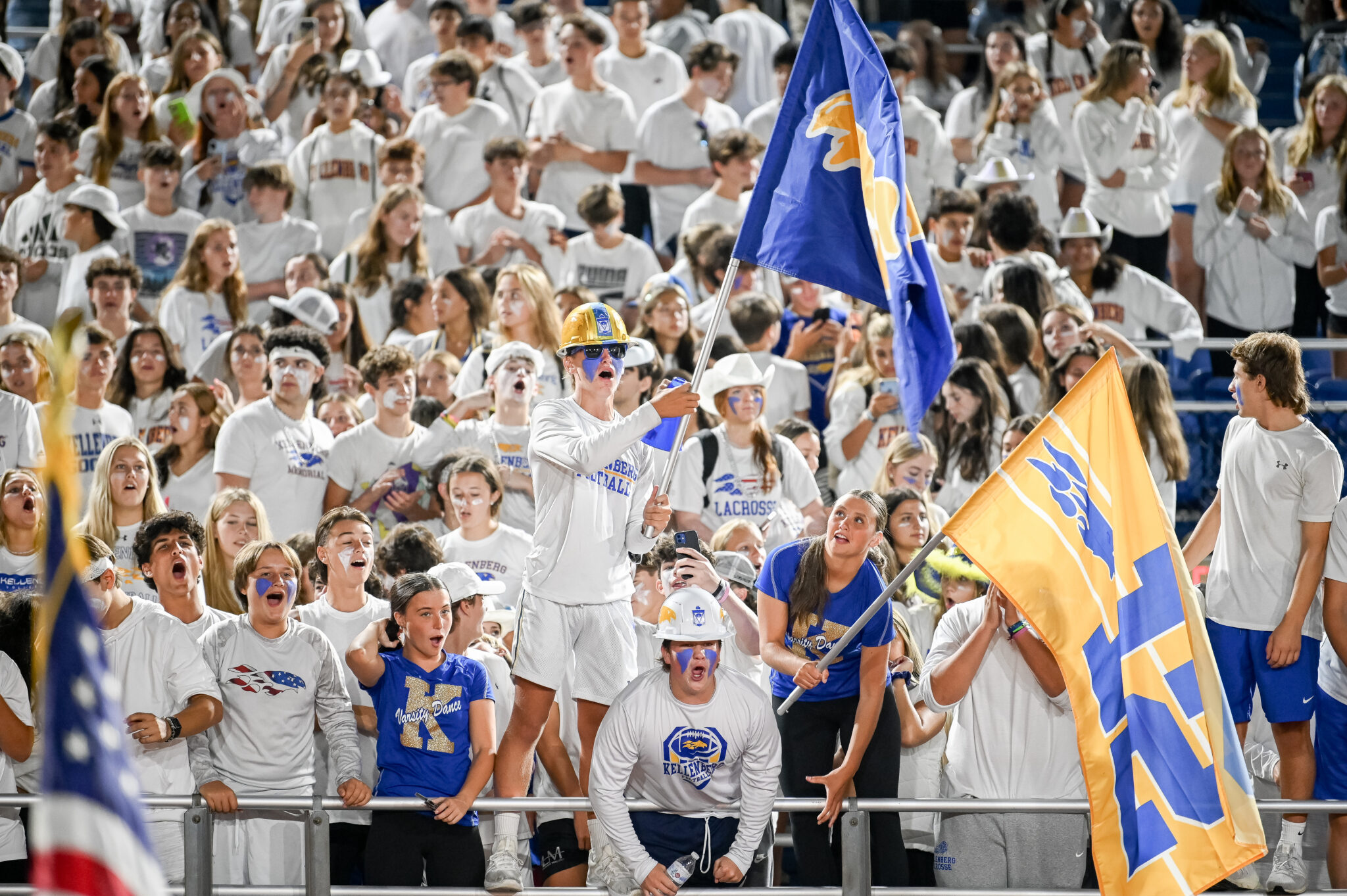 On September 9th, the Kellenberg Varsity football team faced off against St. Francis on Mitchel field in the annual “White Out” game.

For the first time this school year, the 12th man student section supported the Firebirds under the Friday night lights. Coach Meisse believes the incredible spirit and energy displayed by the student section plays a crucial part in the game. “Even opposing coaches remarked how our large and loud crowds would make it tougher on their respective teams when they came to play us. Since the crowd was having such an impact on the team and the game it was only natural to name them the 12th man.” 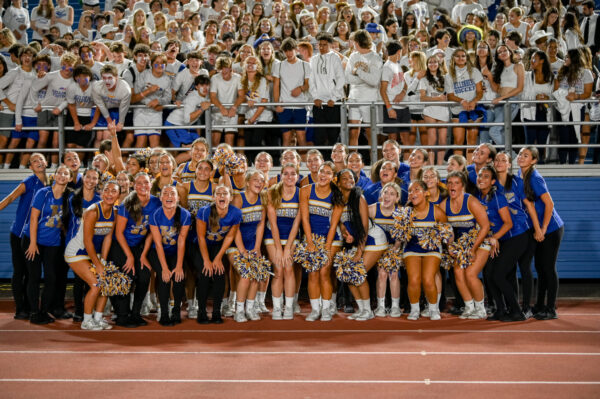 The inspiration for the “12th man” comes from the Seattle Seahawks, whose fans have such an impact on their success that they retired the number in honor of the fans. Promotions and themes, such as white out games, make it all the more exciting, as it places an emphasis on unity, even if you are not on the field.

The Firebirds came out on top 21-18 against the Red Raiders of St. Francis. The team is 3-0 as of right now, and is looking to continue the momentum in upcoming away games on September 23, against Cardinal Hayes, and October 1st, against St. John the Baptist.