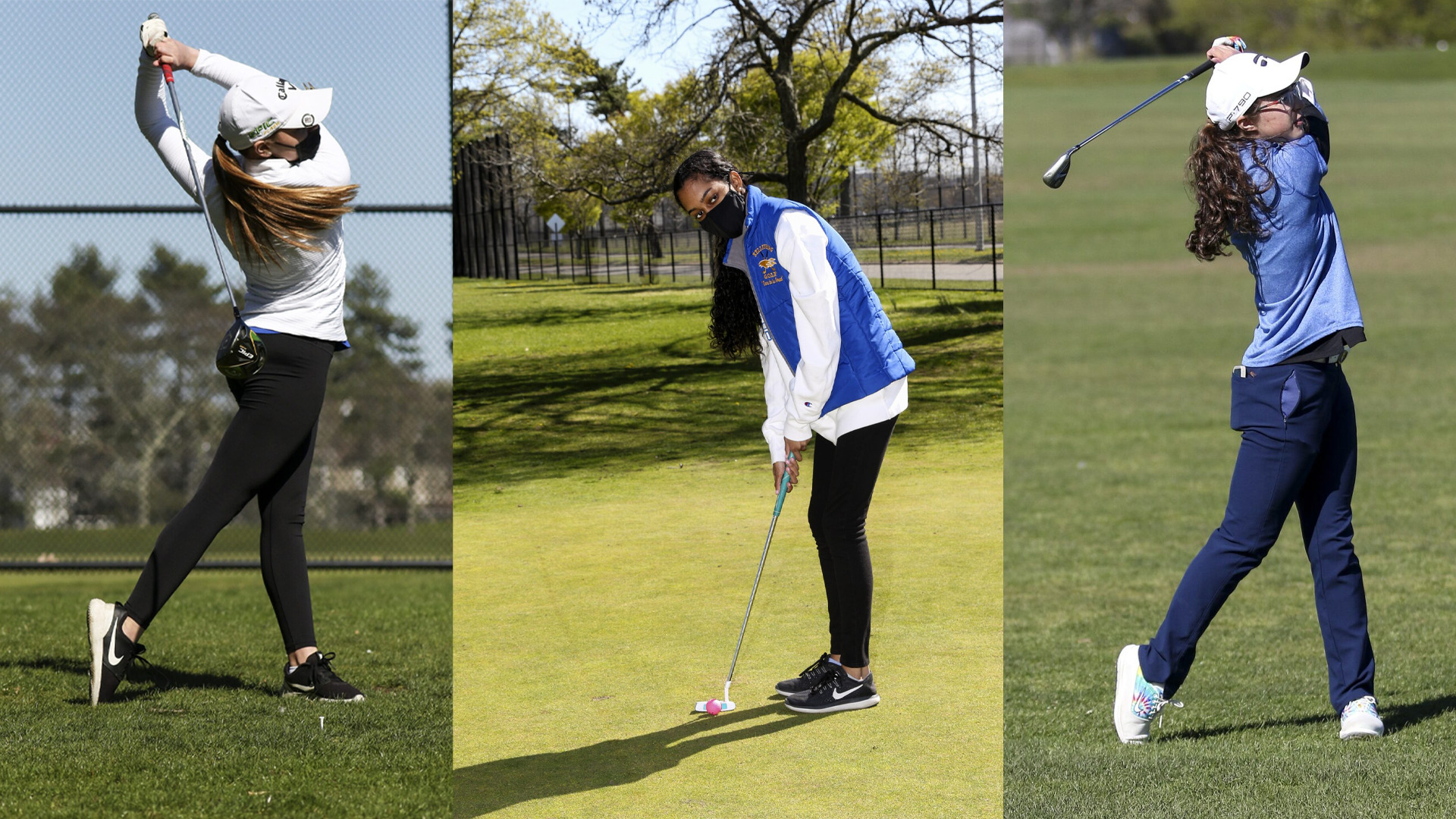 The Kellenberg Memorial Girls’ Golf Team recently completed their immensely successful 2021 season. It was a magical year for the squad that ended with an undefeated 12-0 record and a league championship.

Leading the way was senior Claire Galante, who personally put up a sparkling 11-0 record en route to winning the NSCHSGAA player of the year. She is the third player from Kellenberg to ever win that award.

Claire also won Newsday’s athlete of the week for the final week in May. Asked about her achievements this year, Claire said, “I worked really hard to better my golf game over the years and it really feels amazing to see that hard work actually pays off. It’s an incredible honor and I couldn’t be more grateful for it.”

The team could never have gone undefeated this season if Galante was the only contributor. Senior Olivia Callahan and freshman Catherine Slade also had a fantastic season. Slade went a perfect 12-0 on the season, and Callahan collected a stellar 10-2 record.

In the League Tournament, which was an 18 hole competition, Coach Doran led his players to 3rd, 4th, and 5th place finishes by Slade, Galante, and Callahan, respectively. Overall, it was one of the most successful seasons in the history of Kellenberg Girls Golf, and with so much young talent on the team, a bright future is ahead.