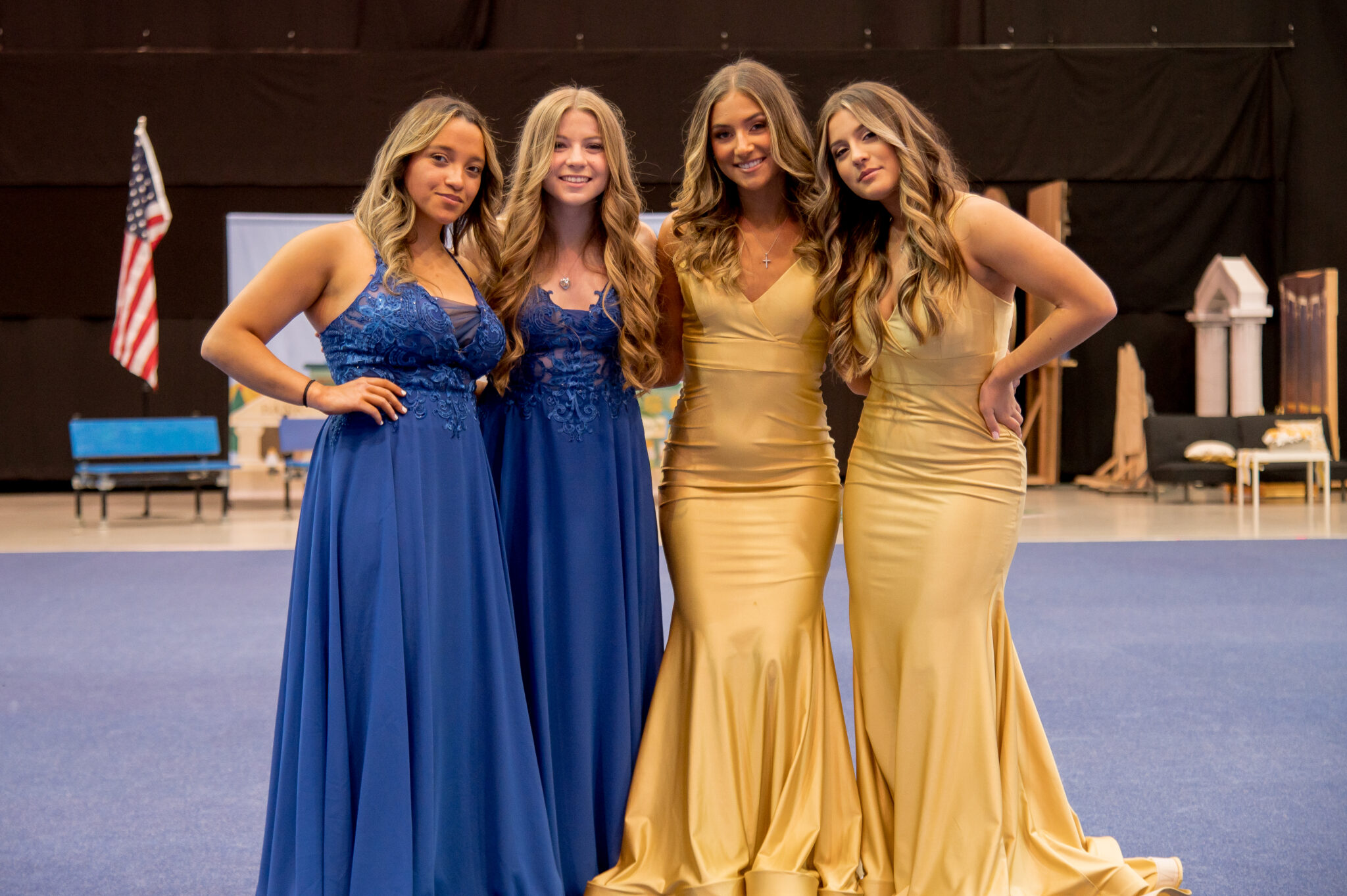 After months of grit and diligent practice, the girls of Blue and Gold had their hard work pay off at their dance show on Saturday, May 7. Families of all Kellenberg students rushed to the David S. Mack Sports and Exhibition Complex at Hofstra to watch the Blue and Gold teams battle each other in hopes of being declared champion.

Before the competition began, Bro. Patrick Cahill, S.M., greeted the attendees with a prayer that drew comparisons between the Blue and Gold contest and Mary’s cloak as well as Jesus’ gifts. The National Anthem was then sung by seniors Ava Petrosky and Olivia Rosweiler, and then the show was on the road.

The Blue team took the audience on a trip to Blueville to find who stole the trophy, or as they called it, “Blue Done It?”. The narrators scoured through the town looking for the trophy, passing by the school girls of the entrance team, the cheerleaders of tumbling, and the boxers of hip-hop. They passed through the Jazz group’s bakery expecting to find the trophy. Instead, they witnessed an electric presentation of thoroughly choreographed moves. The narrators finally decided to consult the police. This meeting transitioned to the performance that stole the show. The Blue Tap performance awed the audience causing jaws to drop with their exceptional showcase.

Gold had to put on a masterclass in order to steal this victory, and a masterclass is exactly what it was. The girls took the arena on a trip through “The Golden Eras,” starting with a Wild Western performance from the Entrance Cowgirls. Following the Entrance team presentation, the audience traveled throughout time, visiting the cavemen of hip-hop, the Egyptians of tap, and the 50’s gals of the jazz team. The show concluded with a truly divine goddess-themed performance from the gold tumbling team.

The judges were faced with the nearly impossible decision of choosing a winner after stellar performances from both teams. It seemed as if Blue had the victory after a near perfect score from their tap team. However, Gold defied all odds and came from behind to defeat Blue in this year’s competition.

The crowd was ecstatic, and so were the Gold girls who secured their back-to-back win.

One of the girls, junior Gabrielle Iadevaio, expressed immense joy, saying, “It feels so good to see our hard work pay off like this. Over the last few months, I’ve grown so close with these girls and it’s so cool to win with them.”

Blue and Gold, Kellenberg’s annual spirit and dance competition, has always been a beloved tradition. There has never been a competition so competitive, and the girls rose to the occasion.