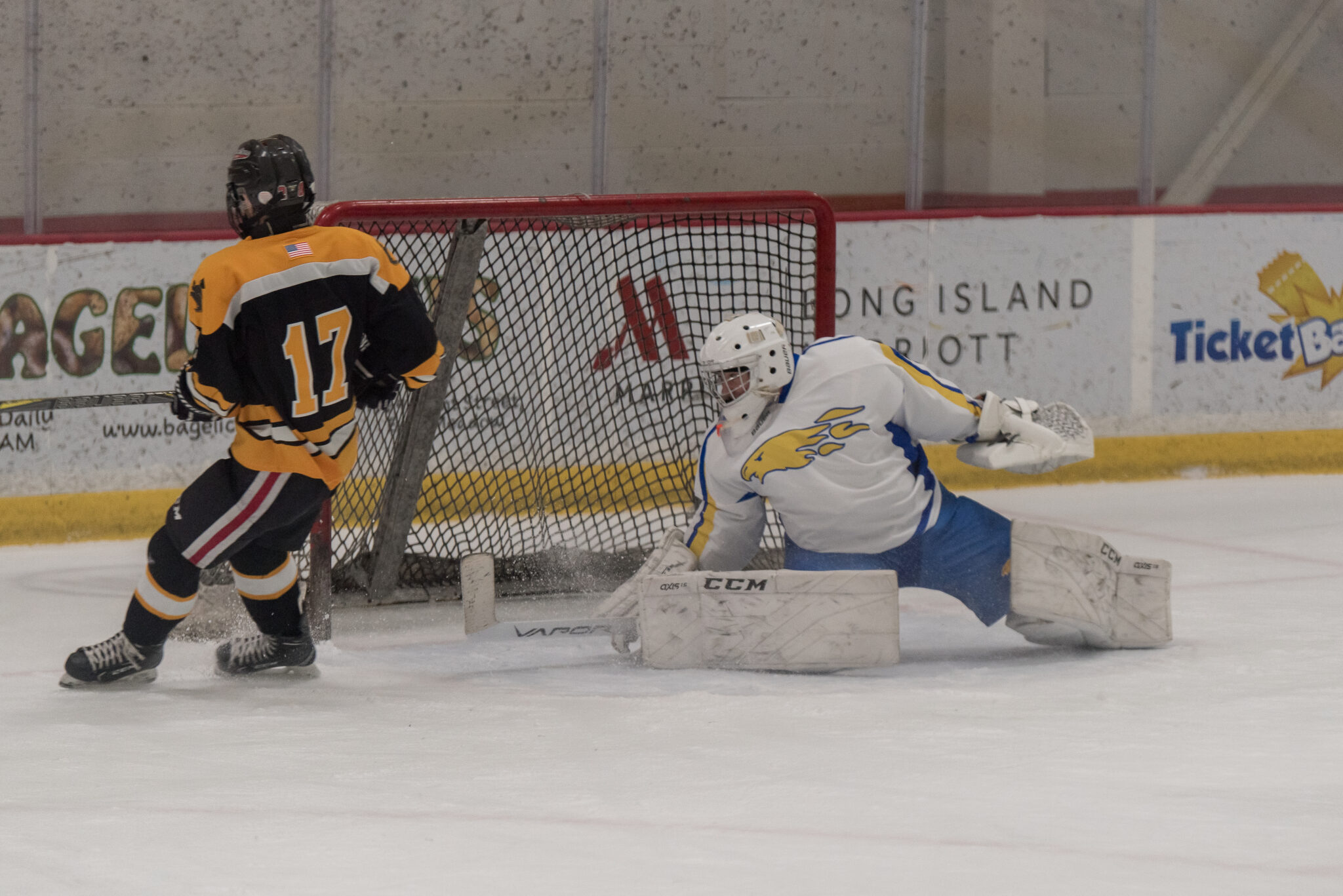 The Firebird J.V. Hockey Team faced off against Iona Prep early Saturday, March 13. Halfway through the second period, Kieran Laffey ’23 put the Firebirds on the board first. This was quickly followed up with a second goal scored by Angelo Coschingnano ’23. Kellenberg powered through the Third Period with strong plays from goaltender Tim Mclaughlin ’23. Kieran Leffey tallied a hattrick, and Michael Nygaard ’23 added a goal to secure the 5-1 victory over Iona. Angelo spoke on his thoughts of the victory, “It was a good team win. We definitely deserved it. Everyone gave their best effort and we came out of the game with a huge 5-1 victory. Our sophomores really stepped up scoring all the goals and Timmy was great in net.”

Kieran Laffey expressed his excitement in the team’s performance aswell, “We were really happy to get the result we’ve been working for.”