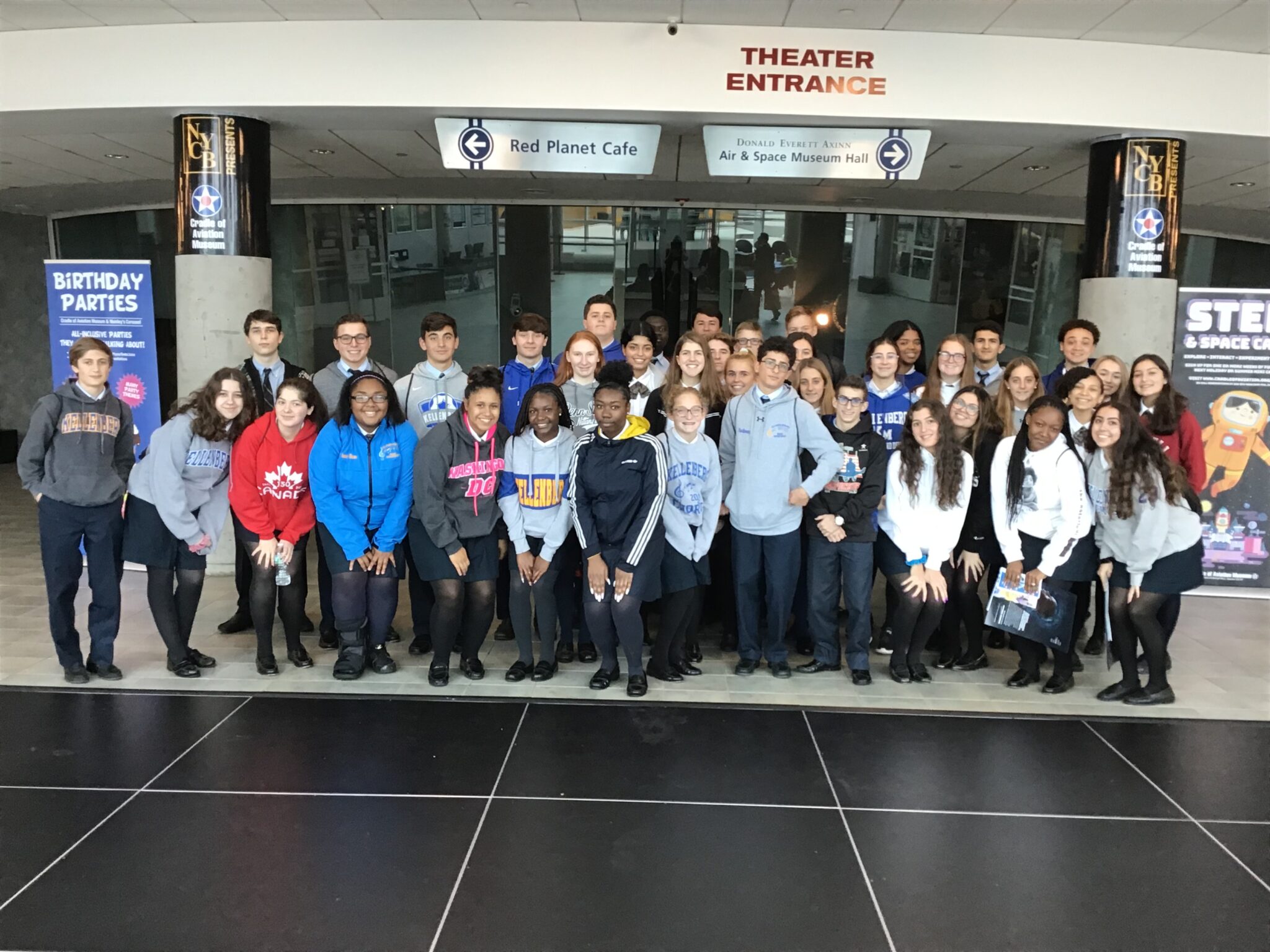 On Monday a group of juniors traveled to the Cradle of Aviation to attend a S.T.E.M. Career Expo. To start off the day there was a guest speaker, USAF Captain and currently a captain at United Airlines, Jean Johnson who spoke about her personal experience in the S.T.E.M workforce. When she was young she was expected to get married and raise a family while her brothers were expected to have careers to provide for their families. She was motivated by her school guidance counselor to pursue a career in S.T.E.M. After high school she decided to go through pilot training. Admitting the difficulties, she described the undying support her parents had for her which motivated her to complete pilot training. After receiving her pilot’s license she flew cargo planes for a short period of time before being hired by the United Airline.

After this speech, we split up into smaller groups in order to visit each presenter. There was a wide variety of companies and projects being represented such as PSEG Long Island, the LIRR Expansion Project, and Brookhaven Nacional Laboratory. Each presenter gave about a 10-minute speech describing the job and goal of the company or project. This career expo was very informative and opened my eyes to the many possibilities of a future career S.T.E.M.