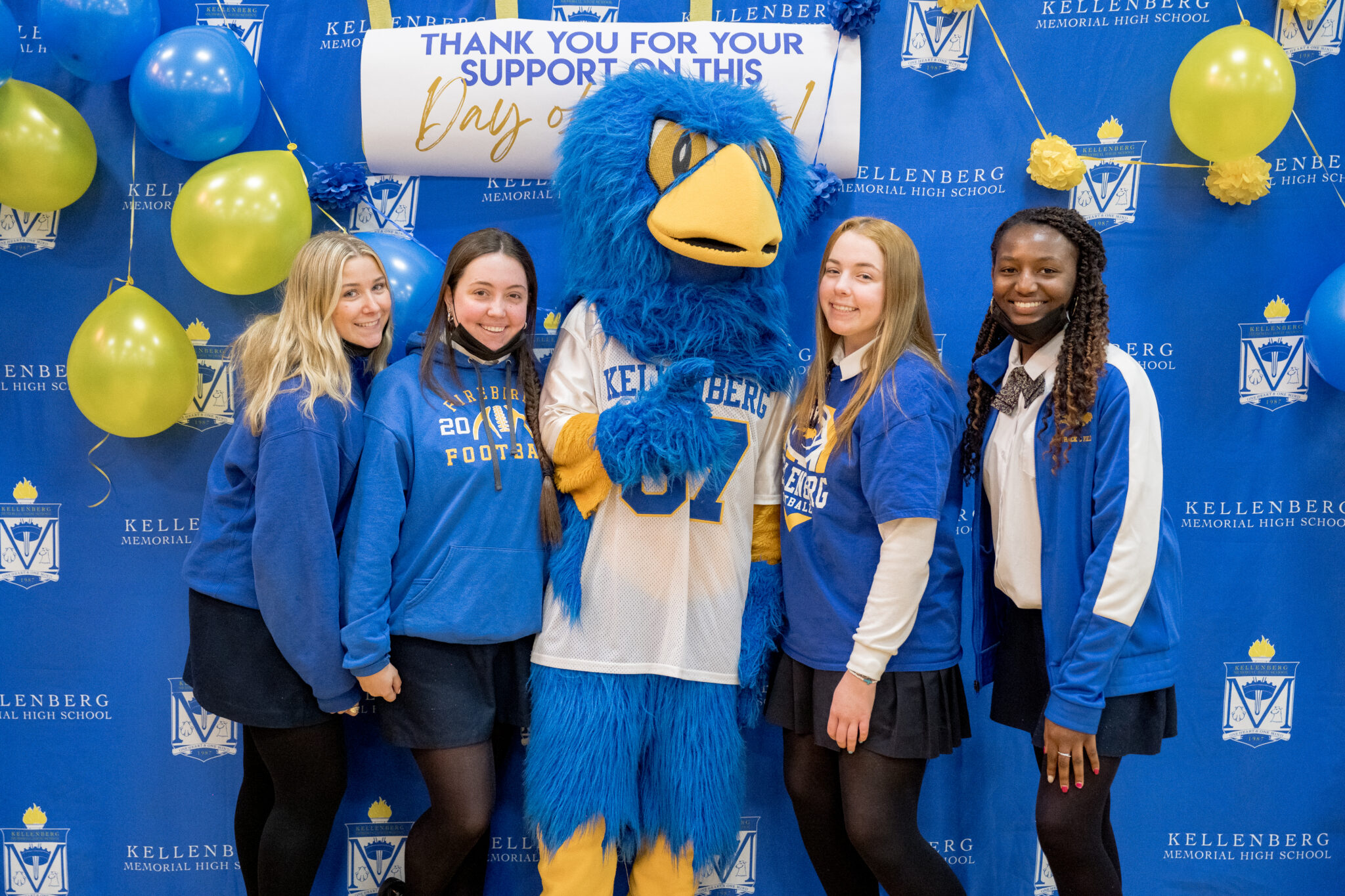 Mr. Cioffi described the Day of Giving as: “the biggest fundraising effort to support the Shepherd’s Fund, which is the school’s fund that supports all aspects of the education of the heart and mind provided at Kellenberg Memorial.”

People were able to donate throughout both that day and the next by using the links provided on the school’s website and its social media accounts. All students and faculty could wear Kellenberg merch in place of blazers and senior sweaters in order to show their school spirit.

During the day there was a student photo booth, student raffles, and social media highlights of all of the day’s events.

Many students took advantage of the photo booth by taking funny pictures with their friends and even the firebird mascot during their lunch periods. 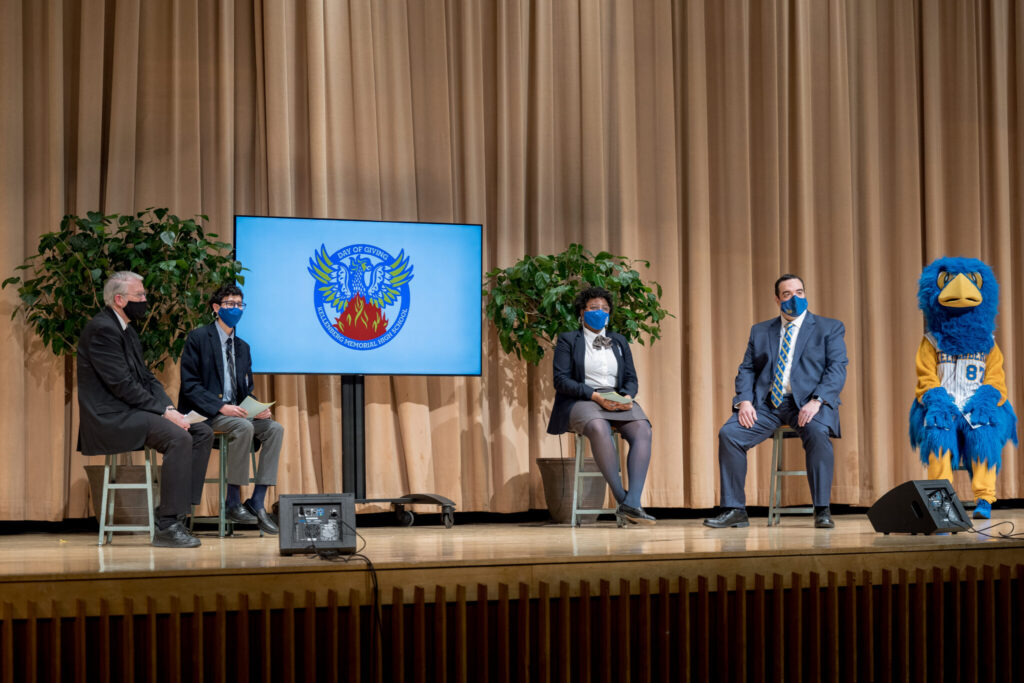 The numerous student raffles took place all day in the lobby. Some of the prizes students could win were AirPods, AirTags, a JBL speaker, tickets to an islander game, and a $30 gift card of the winner’s choosing.

Also throughout the day, students wrote thank you cards for the school’s supporters and worked on a digital activity book that included coloring pages, word searches, and mazes.

At 7 PM, there was a special live show hosted by sophomores Elena Brutus and Gabriel Blanco. Brother Kenneth, along with many other special guests and alumni, also made an appearance in the show.

By February 17, there had been 964 donors and $157,768 dollars raised. This was an amazing day where all of the Kellenberg family came together for a great cause! 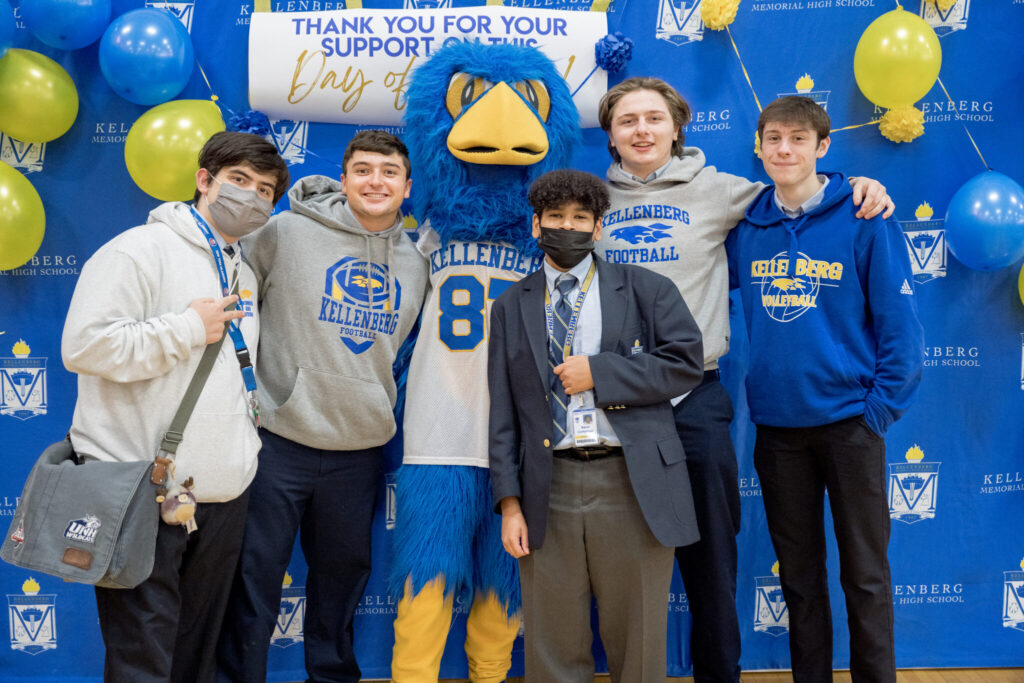