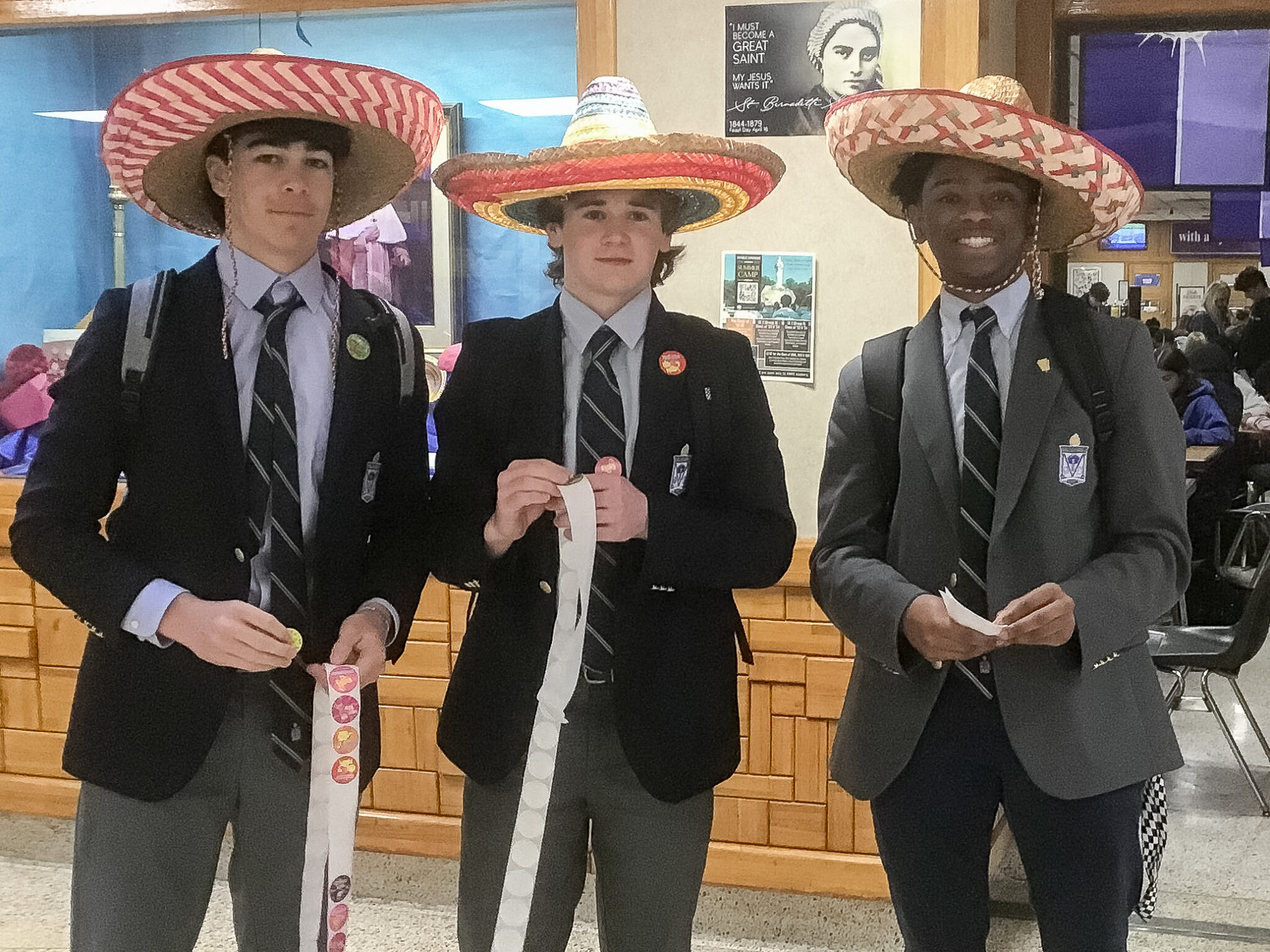 On Tuesday, March 8, French students and teachers greeted students as they entered the lobby in the morning. They were wearing traditional French berets and distributed stickers to those walking in. On Wednesday, March 9, members of the Spanish club welcomed students while they were entering the building. Isabella Arbelaez ’24 and Oscar Monge ’23 delivered the morning announcements in Spanish, and some Spanish classes celebrated with churros and pupusas.

On Thursday, March 10, Latin students greeted their classmates entering the building by giving them stickers with Latin phrases on them. Gabriel Blanco ’24 and Patrick Hughes ’26 delivered the morning announcements and prayer in Latin. On Friday, March 11, the American Sign Language students concluded Language Week by teaching students the Hail Mary in ASL.

Language Week 2022 was a huge success that exposed students to the diversity and different cultures of the world. 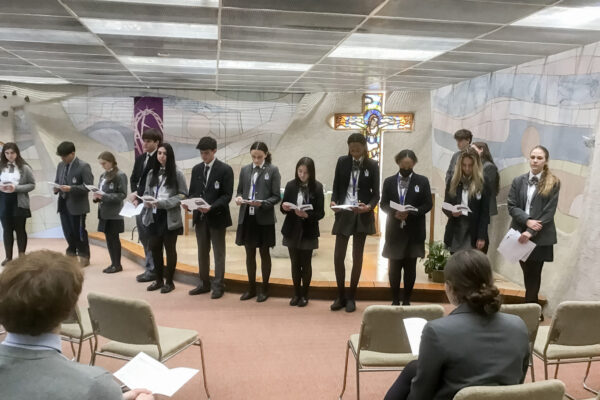