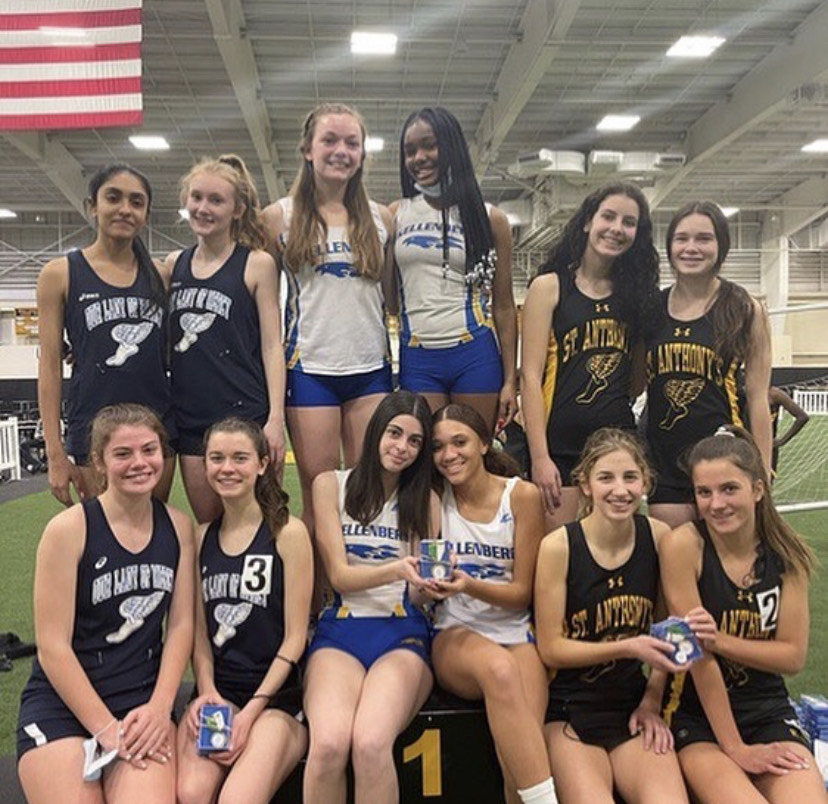 Congratulations to Kellenberg junior Olivia Spirakis who was named “NSCHSGAA Field Athlete of the Meet” at Sunday’s League Championship Meet for her clutch performing long jump and triple jump wins. Martine Demesueux finished second in the triple jump. Also crowned as league champions was the 4×400 relay team of Alicia Caracciolo, Saniya Hayden, Allie Abrahams, and Isabella Coschignano. Maeve Duggan took silver in the Shot Put. Chrystelle Senatus had a banner day as well with a bronze in the high hurdles after her personal best in the long jump. The 4×800 relay of Kelsey Nichols, Caleigh Hopkins, Isabella Espina, and Danielle Tercynski took bronze, after Tercynski scored in her personal best in the 600 meter prior. The team’s courage and resolve was personified by Ella Lapham’s getting up after being knocked down in the 3000 meters and running to her personal best. One of the aforementioned victors, Saniya Hayden, expressed her appreciation for the kudos that was granted to her and her teammates, saying, “All of us work so hard to be at the place we are at. The plan is definitely to use this momentum for our benefit and to continue improving.” Several runners have advanced to the Catholic State Intersectional Meet next month.