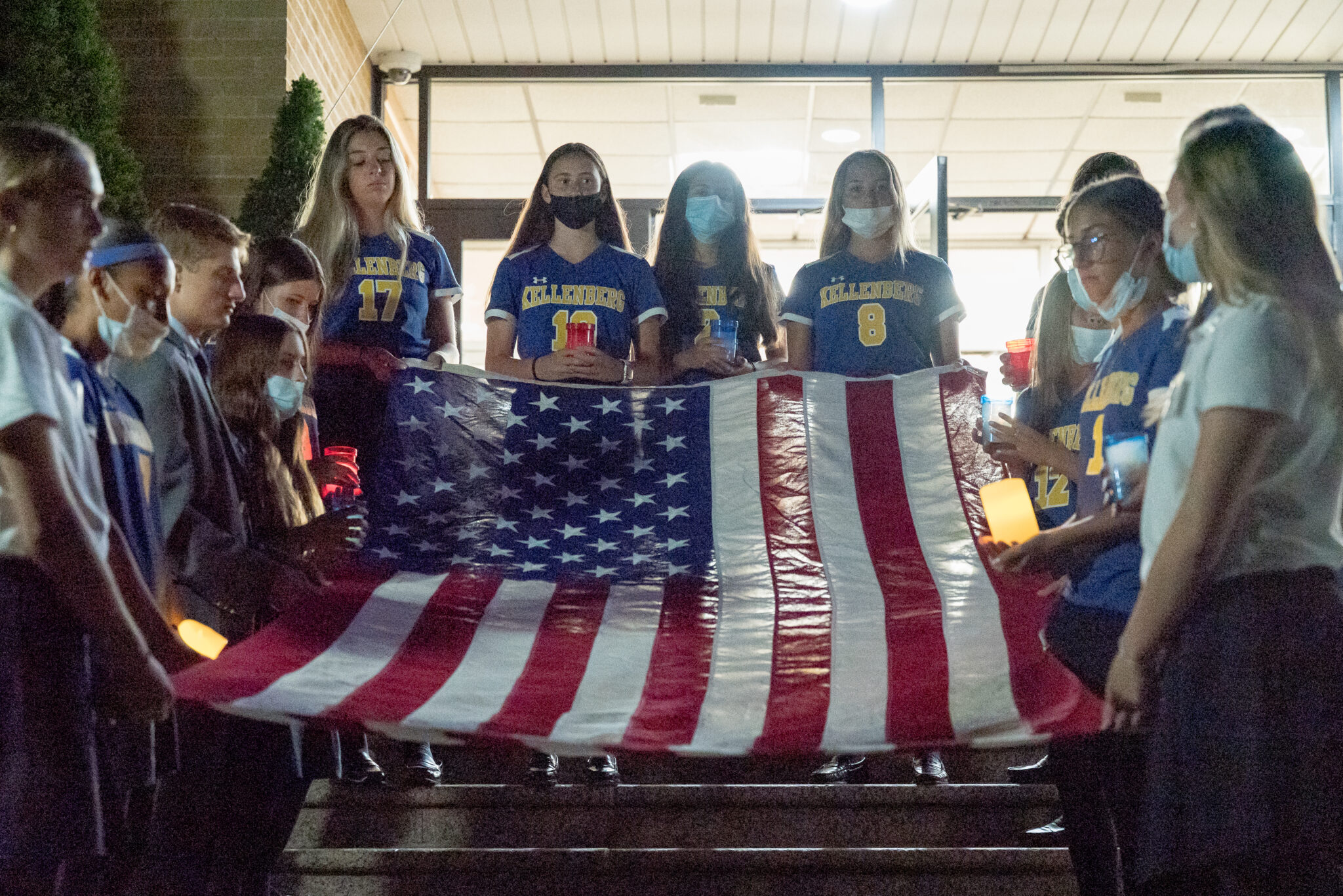 Anybody that you ask will be able to tell you exactly where they were when they heard the news. People all around the world were living their lives as any other day before the details broke through. Once they did, they spread like wildfire. By the time they reached everyone, it became apparent that September 11 will never again be looked at as just a regular day.

It has been twenty years since the infamous attacks on our country. The world still continues to honor all who have been affected by the events. Here at Kellenberg, we are always united, and it is no shock that the school is unified to its fullest extent around the anniversary of these tragedies.

At the start of the morning, the daily prayer video is preceded by a message from chaplain Fr. Thomas Cardone, S.M. He began a commemoration of the events and remarked on how all the faculty members and students at the time remember where they were when the attacks struck.

Fr. Tom mentioned how there was a memorial table set up in the main office and displayed a cross made of the iron from the collapsed building, recognizing that the cross has been venerated and it probably has remains on it, making the object a relic of sorts, a direct piece of the victims of the day.

Fr. Tom then introduced the morning prayer music video, ‘There She Stands’ by Michael W. Smith. Smith’s song was written at the request of President George W. Bush shortly after the fall of the Twin Towers and is traditionally played each year on the 11th at KMHS.

In addition to having Fr. Tom speak on the morning announcements, Kellenberg also hosted a memorial Mass on the night before the twentieth anniversary in the Auditorium. After the Mass concluded, a few students displayed an American flag in front of the school.

Throughout the day, students went to their regular classes while keeping condolences in their prayers. Some teachers, particularly the members of the history staff, covered the topic for the majority of their class.

Euro and American History teacher, Mr. Cioffi made sure to pay his respects to everyone impacted by the crisis as well as all involved in the rebuilding process, stating, “It is important to cover the details and events of the day, the recovery efforts and the heroes on September 11 and the rescue efforts afterward.” 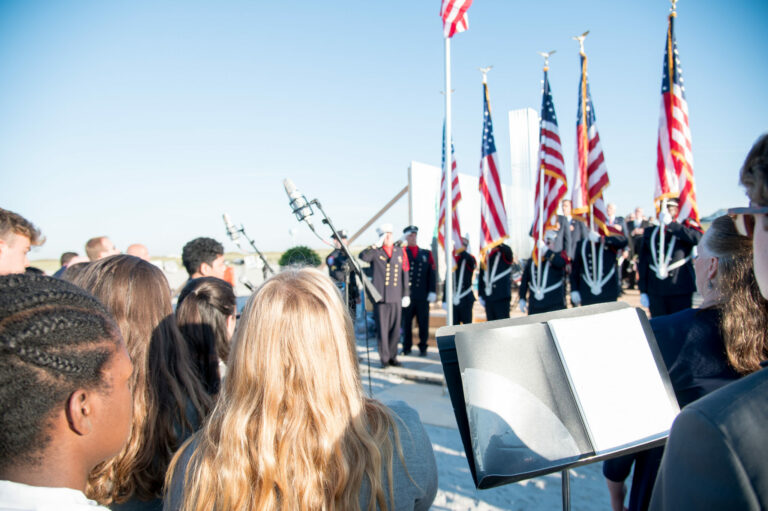 This recovery effort continues two decades later. Even as the end of classes approach, the Kellenberg community continues to do the utmost to spread awareness and love to all. Mr. Basile and the Gregorian Consortium attended the annual memorial service in Point Lookout and held a musical ceremony. The group of twenty-five students had the intention of adding something spiritual.

“Because of the tragedy, people want a God element,” said Mr. Basile. “We’re always asked to perform something religious, so we would do songs like ‘The Prayer of St. Francis’, ‘Lord I Need You’ and ‘Oceans’.”

The collective would also add in a few patriotic selections, as senior Connor Nelson performed ‘God Bless America’. The Point Lookout memorial served as a touching subject to all involved as it perfectly blended national respect and holy faith.