The Phoenix: Kellenberg Retreats Start for the School Year 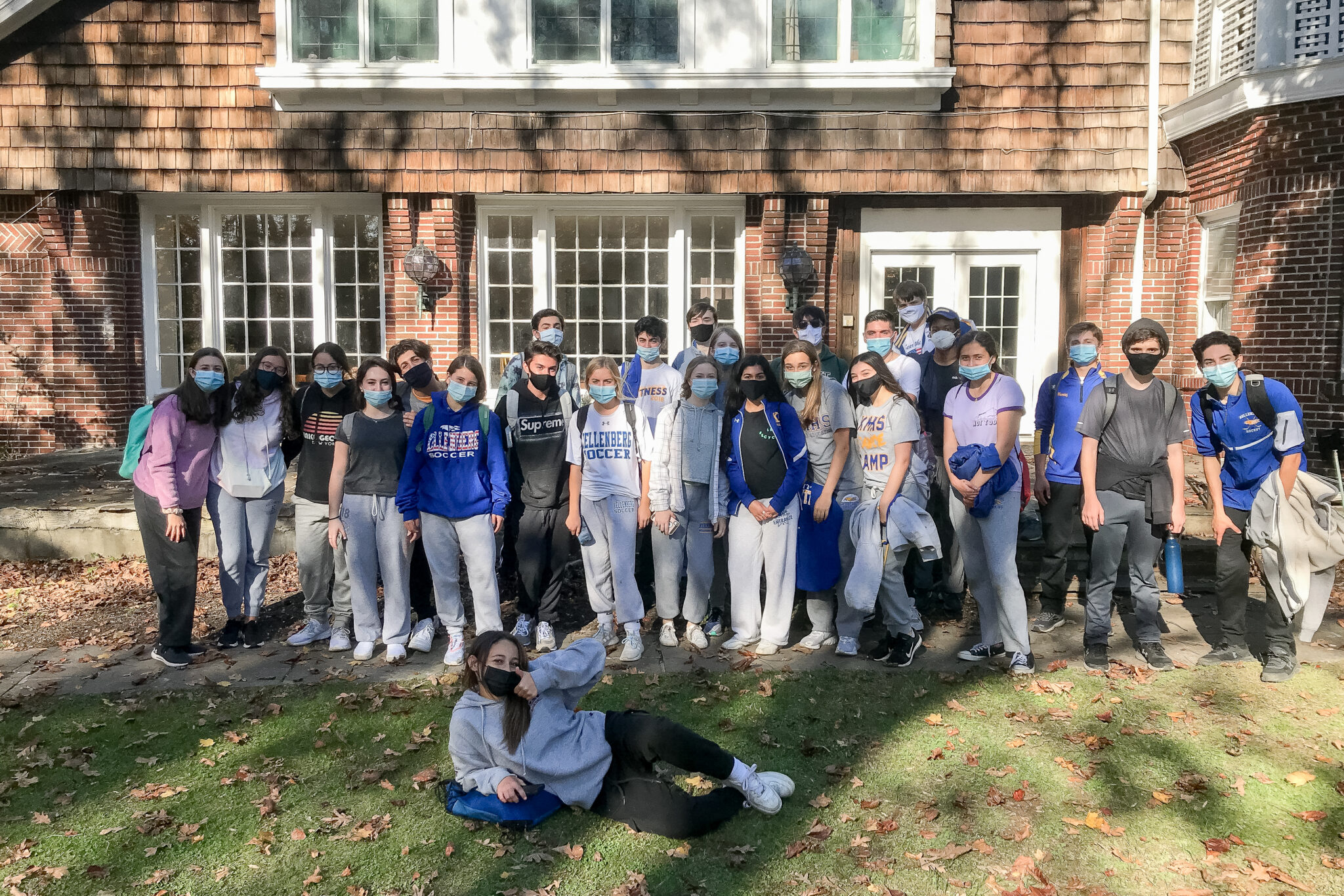 As with Kellenberg’s in-school system, this year’s retreats follow a special protocol to ensure the safety of Kellenberg students and staff. The retreat is limited to two cohorts at one time, traveling by two separate busses. Students bring their own lunches, and the retreats are held entirely outdoors, ensuring space for safe social distancing, and a beautiful atmosphere for spiritual reflection.

Every year, Kellenberg runs retreats because as a Catholic school, its mission is education of the heart and helping students grow closer to Christ. In taking time away from the regular routine of classes during the school day, and spending time in prayer and community, that mission is fulfilled.

“As a Catholic school, this is the reason we exist, to make Saints and lead people to Christ,” says freshman Scripture teacher,” Mr. Moran, ’04.

Special importance is placed on the retreats this year, as it re-energizes and refocuses students to better tackle the hard struggles this year poses by focusing on their relationships with their parents, friends, and God.

Kate Santi, ’23 spoke of her day on retreat at Stella Maris, “At the beginning of the day, we played a couple of games, then got ready for Mass. Brother Pat had us reflect on our spiritual lives and how our relationship with God matured throughout the pandemic. A Kellenberg alum said Mass, then we were able to have lunch with friends, and walk around the property.”

Kate closed her response by saying that her retreat was a great opportunity to connect with the people in her cohort and strengthen her faith.

Gabriella Sankovich, ’23 reflected on the themes talked about throughout her retreat, mentioning Brother Patrick’s reflection in which he used the image of a lighthouse to symbolize those people who hold a faith life together. This theme was repeated during mass by a Kellenberg alum in his homily where he, too emphasized the reliance on a light amidst rocky waters. “I believe that hearing Brother Pat’s story and the father’s homily helped to strengthen my relationship with God and I was able to take those stories and put them into my own life. I was also able to identify who the lighthouses are in my life” said Gabriella.

Not only were the retreats good time spent with God, but they also were an opportunity for students to talk with friends outside their cohort rooms. Alyson Breslin, ’23 spoke of her time playing games and talking with friends and said that the activities made her more connected with the other students in her cohort and her teachers, and Leah Tilocca, ’23 said that both she and her classmates felt their retreat day brought them closer together both physically and spiritually.

Alyssa Romeo, ’23 joined on some of these retreats by leading games and discussion groups as a senior helper. She said, “I wanted to help out because I personally look up to the seniors that have helped me in the past, and I will never forget their impact on me.”

She reflected on her own retreat experiences in Kellenberg, saying that though on her past retreats she had access to more resources, she found these most recent ones to be equally relaxing and equally beneficial in the faith journey of the students as the retreats from previous years.

Alyssa, too, was touched by the lighthouse theme. “This particularly struck me as I realized the teachers and people I have met at Kellenberg are my main lighthouses.”