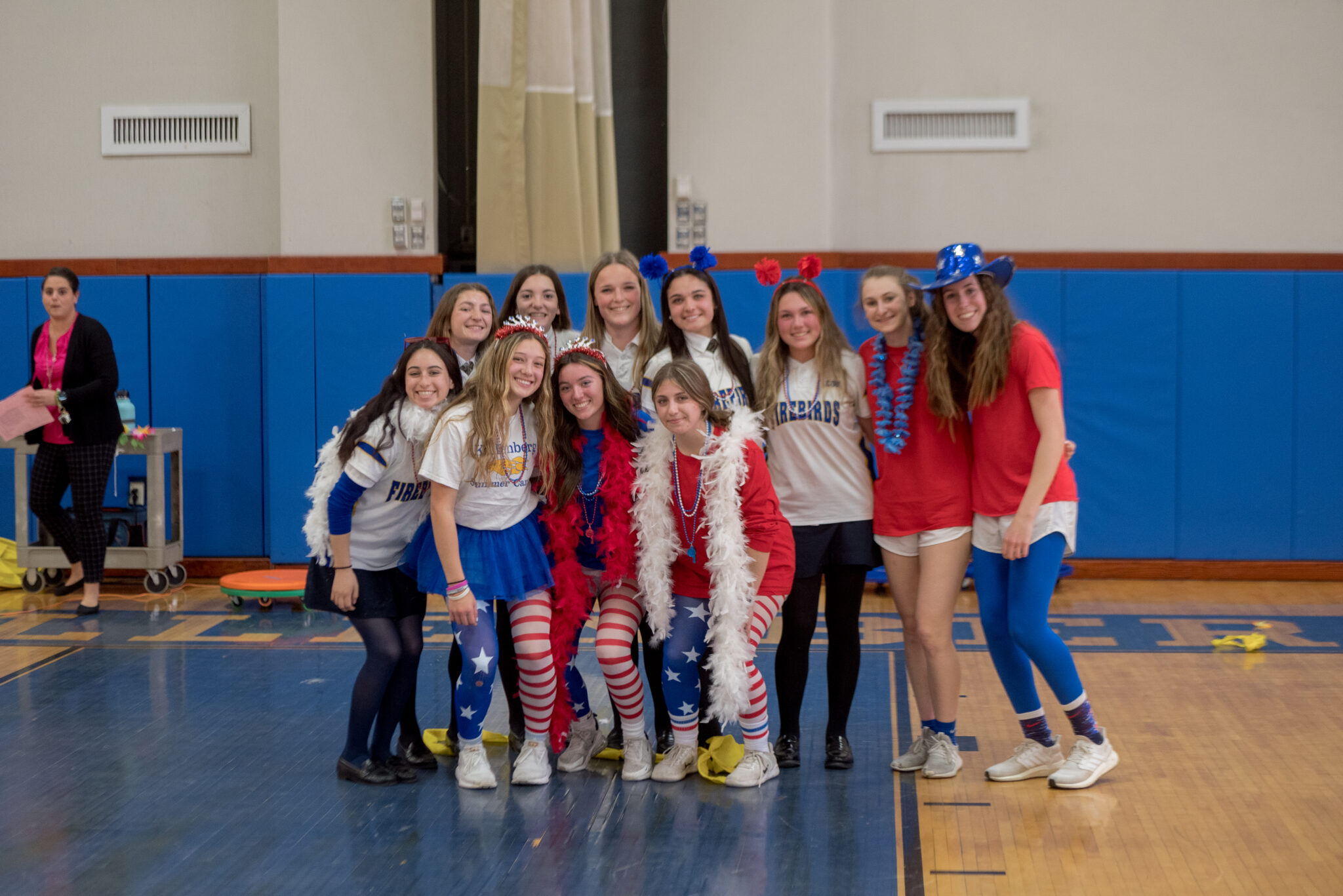 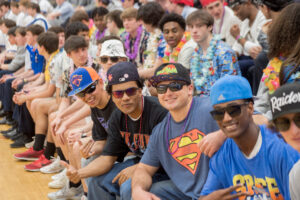 The school spirit aspect of Kellenberg Memorial was at its peak this past Friday during the Spring Spirit Rally. All athletes participating in a spring sport were escorted to the gymnasium, while the remainder of the students watched in their homerooms via live-streaming. Students were welcomed with a parade of the Blue and Gold Captains- Seniors Taylor Argentina, Emma Janosel, Patricia Rood and Samantha Murphy- as well as the varsity Baseball, Softball, Golf, Lacrosse, Track, Tennis and Volleyball teams. Senior Olivia Rasweiler kicked off the afternoon with the National Anthem. The Senior captains and leaders of Blue and Gold performed their energy-filled dance for the upcoming show in May. Afterward, all teams competed against each other in a series of games, including the balloon pop race, three-legged race, and the scooter race. The final four teams competed in an intense game of tug-of-war, following which the Varsity Boys Volleyball team were crowned champions of the Spring Pep Rally 2022! 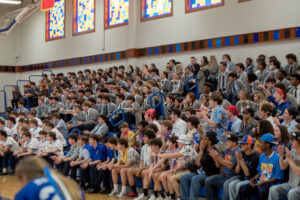 The afternoon concluded with the annual Blue and Gold Tug-of-War featuring the senior captains and leaders. The crowd was hanging off the edge of their seats as blue appeared poised to win, but gold fought back emerged victorious. The gold team will now have the opportunity to decide their placement on the day of the show, May 7th.
“The pep rally always generates excitement for our spring season and we’re excited to be back, live in the gym” says Spirit Committee Director Miss. Vigario.