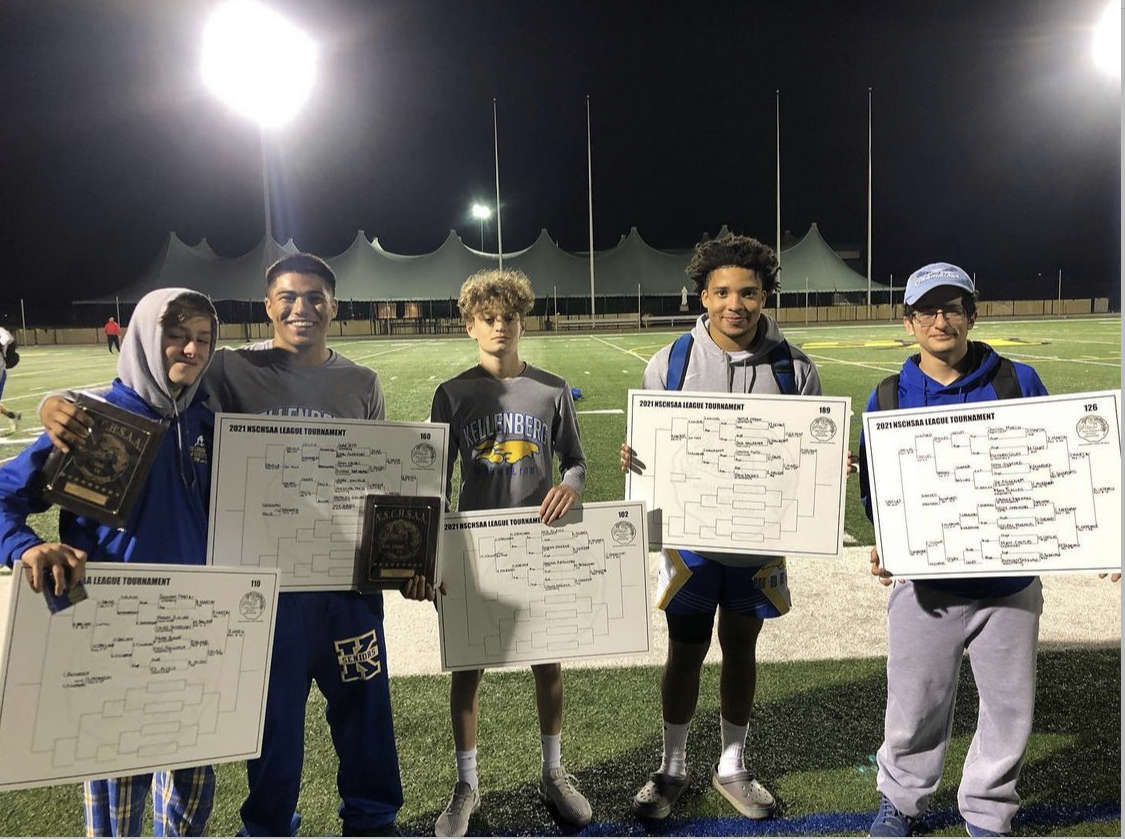 On June 1 2021, the Kellenberg Wrestling Team competed in the Nassau-Suffolk CHSAA League Tournament. This tournament, held at St. Anthony’s High School in Huntington, was the first outdoor wrestling championship in league history.

The tournament lasted long into the night, but as the school that never sleeps, Kellenberg was up for the challenge, placing third overall, behind rivals Chaminade and St. Anthony’s. Along with a great team performance, 5 wrestlers were named champions out of 13 weight classes.

These wrestlers were James Perotta ‘23, Brendan Martin ‘23 , Anthony Iadevaio ‘21, Omar Reyes ‘21, and Hector Ketant ‘21. Omar Reyes had an outstanding competition, achieving the fastest pin of the night, a blazing 7 seconds. Reyes was also named Champion of Champions, which is the most outstanding wrestler, as voted by his peers.

When asked about the season, Senior Anthony Iadevaio said “This season was crazy but also very exciting because we were still able to have a season.” The wrestling team looks forward to having another impressive season next year.