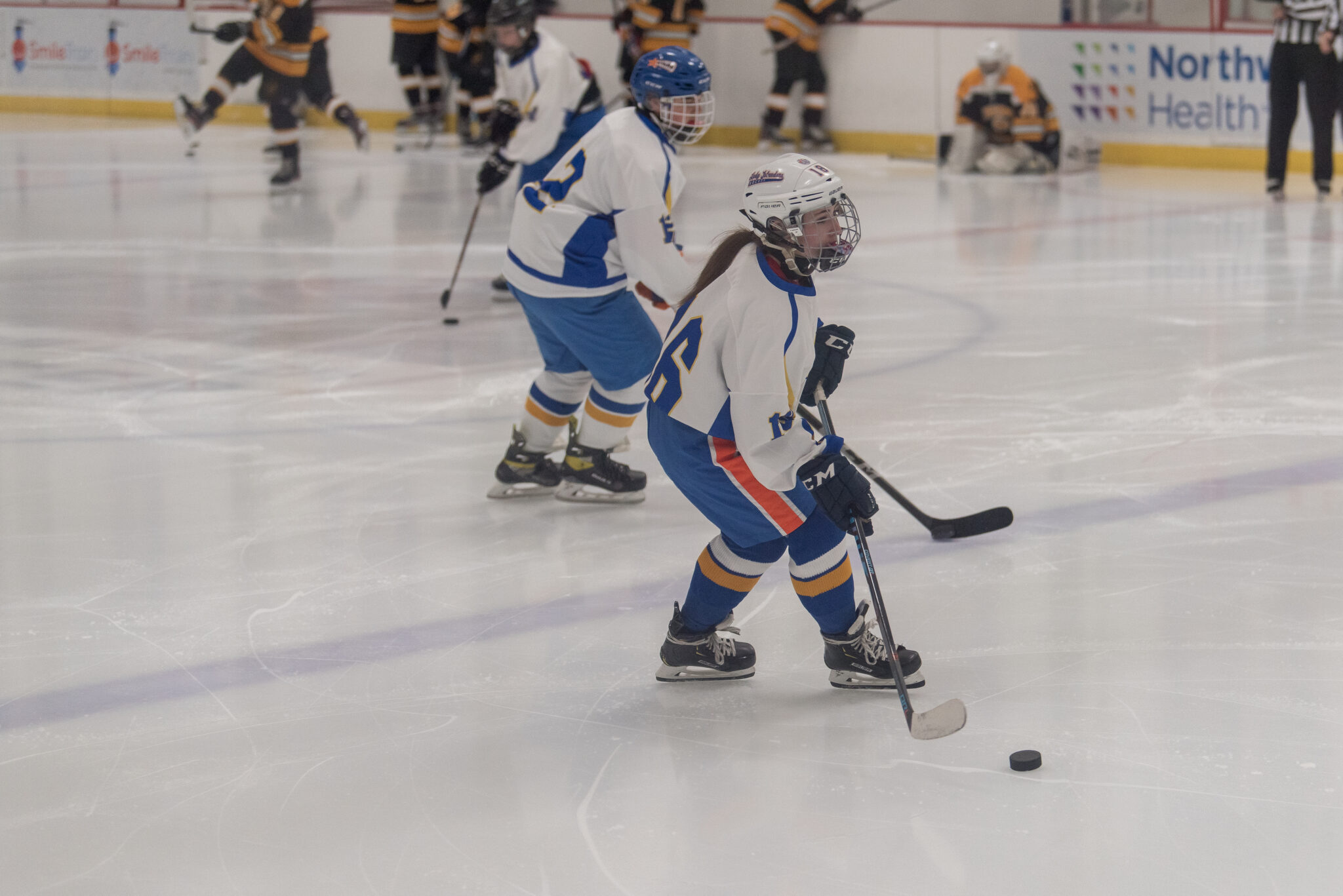 Something unprecedented and exciting is happening on the Kellenberg Memorial Junior Varsity Hockey Team.

Sophomores Megan Stake and Christine Mavrakis and Freshman Alexandra Meserino have made Kellenberg history as the first-ever females to play hockey for the school since it was founded 34 years ago.

Hockey is a sport that is typically reserved for boys, so it’s incredibly impressive that these girls are taking part in the sport at this level. Kellenberg plays in the Catholic High School Hockey League, which is a part of the League of the Archdiocese of New York. In this league, boys, as well as girls, are able to participate, which allows them the opportunity to play the sport they love for their school.

These young ladies have been given a unique chance and they’ve absolutely made the most of it. Doing something so brave takes great determination, and they should be applauded for it. The girls’ talent and drive have proven that they are able to athletically compete with the boys, and should certainly open doors for other girls in the future who want to play on a boys team.

Kellenberg should be commended for doing what they can to be as inclusive as possible and give every student the same opportunity to play the sports they enjoy.

When asked about how it felt to play for a team that is typically reserved for boys, Freshman Alexandra Meserino said, “I get many different reactions when telling people I play on a team with almost all boys. It’s a good feeling knowing that me, as a girl, can compete in a sport that I love with boys for school.”

Ice-mate Megan Stake, agrees, “I think the idea that women are the ‘gentler’ sex is inaccurate. I think women are the more nurturing sex, but women generally can and will do exactly what men can do. Competing with bigger, and usually more fit, men or boys was never not a challenge; it always will be a challenge, but that’s not to say a girl couldn’t do it.”

Any time the proverbial Martians and Venusians have to coexist, no doubt tensions can exist, however. Stake said, “I think the guys on the team were generally better [about it] than I had been expecting; some guys tend to get hostile and target girls because of girls coming on the team. Girls will always be the minority when it comes to hockey, but I think over the years it definitely has seen major change.”

While this change may be strange to some, the men and women of the Kellenberg JV Hockey team experienced the struggles and rewards of teamwork, just as any team hopes to, most notably in their comeback win against St. Anthony’s.

According to Mr. Fechtmann, Kellenberg’s Athletic Director, the team came together very well with the women on the ice.

“It’s been positive. The girls have been very good players,” said Mr. Fechtmann, “and they contribute very much to the success of the team. It has been great. They are well-liked and accepted by their teammates and coaches.”

Ultimately, the goal is to open up as many opportunities for as many people as possible. By playing on a team that was previously only available to boys, these ladies have broken barriers and done their part to move athletics towards a more equitable future.