Last Week at Mass: A Mass and a Meet for Season’s End 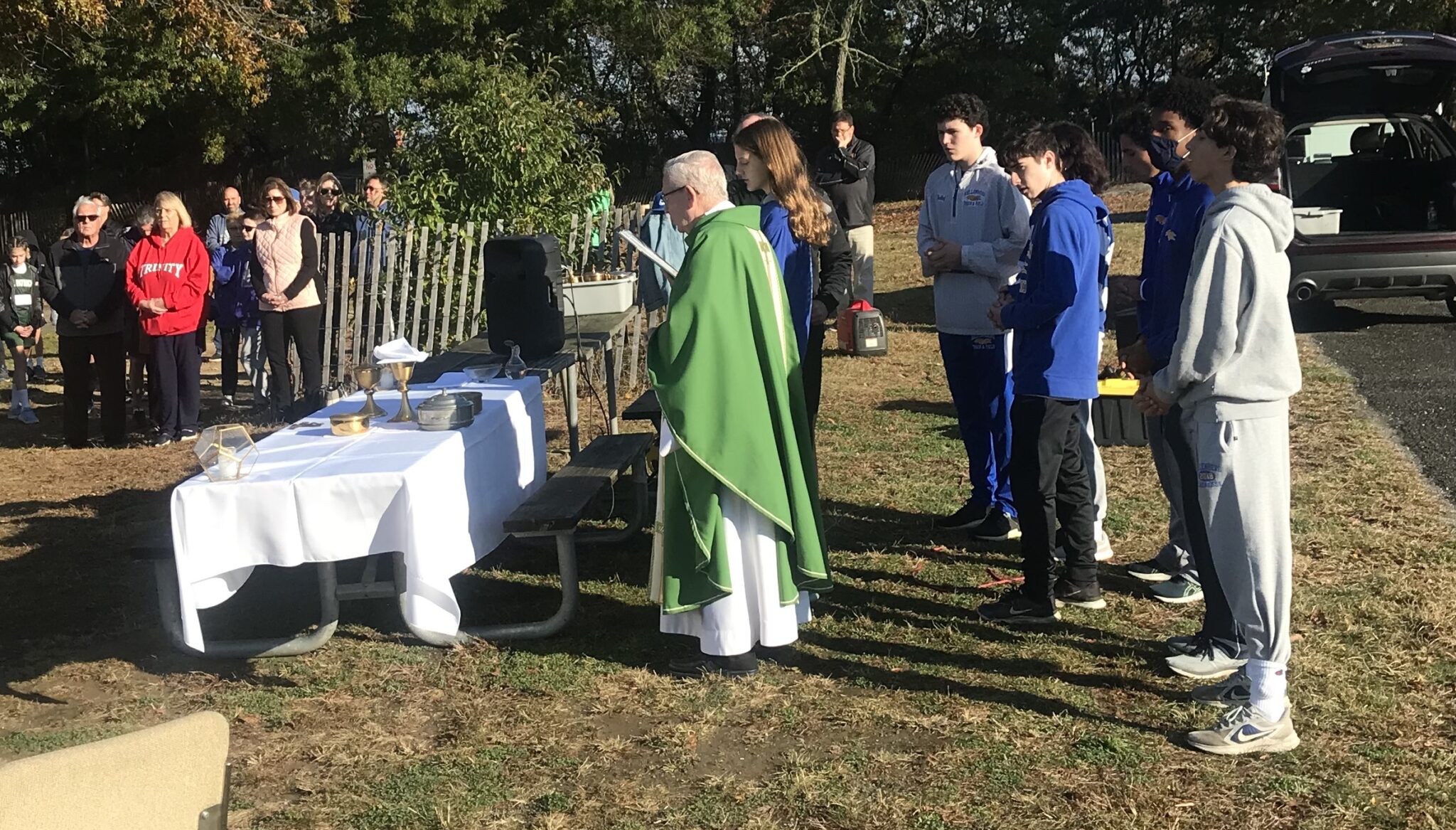 At 9am in the middle of Sunken Meadow Park, hundreds of runners, middle school and high school alike, come together with their parents and coaches to pray before the races. The Mass, celebrated by Kellenberg’s Fr. Albert Bertoni, S.M., might be an odd sight for the few bystanders and passersby: an old wooden park bench is substituted for an altar, the sound of a generator humming is constantly present throughout the Mass, it’s cold, and there are no seats. Generally speaking, it’s different from your typical Mass.

This Mass and this championship meet marks the near end of the cross Country season each year. It’s the point where we’re supposed to be in the best shape and run the best times in the season. This year it was held on a calm Halloween Sunday, but this year it was different.

Unlike previous years this Mass and this meet didn’t just mark the end of my season, but as a senior it marked the end of my Kellenberg Cross Country career. When I was an underclassman, this meet didn’t mean anything more than a celebration that the pain and challenges of running were finally coming to a close. I went through that celebration my three previous years of cross country.

Now, standing in the cold on that Halloween morning, I was somewhat wistful. This Mass was a tradition that I’d shared with my teammates,coaches, and even opponents for the last three years, but now all that would be coming to a close. There would be no more Sunken Meadow races, no more struggling up the infamous “Cardiac Hill”; all of those things I took for granted were over. Every struggle, every practice were memories that I built with my teammates over the past four years. It feels like yesterday when I was a freshman showing up for tryouts in late August; now I’m leaving all of that behind.

During the Mass, something that Fr. Albert said struck me. He said he’s been doing the Sunken Meadow Mass for many years and each year he’s done it it’s been a different and special experience. Though Father Allbert has said the Mass many more years than I’ve attended, this point resonated with me.

All these years of Cross Country are coming to a close. Each year I spent on the team had its own ups and downs, and it’s own challenges, but like each Mass that Fr. Albert has said, it’s been special and unique. The Mass reminded me that everything I’ve experienced as being part of cross country these past few years are coming to a close.

After the race, I walked the course back with my senior teammates. This was our last time racing at Sunken Meadow. Part of it is sad, but at the same time I’m grateful for the end. There’s memories in the last few years that I’ll hold dear forever. Looking back on all I’ve experienced there was no better way to finish my cross country career than with a Mass and a meet.