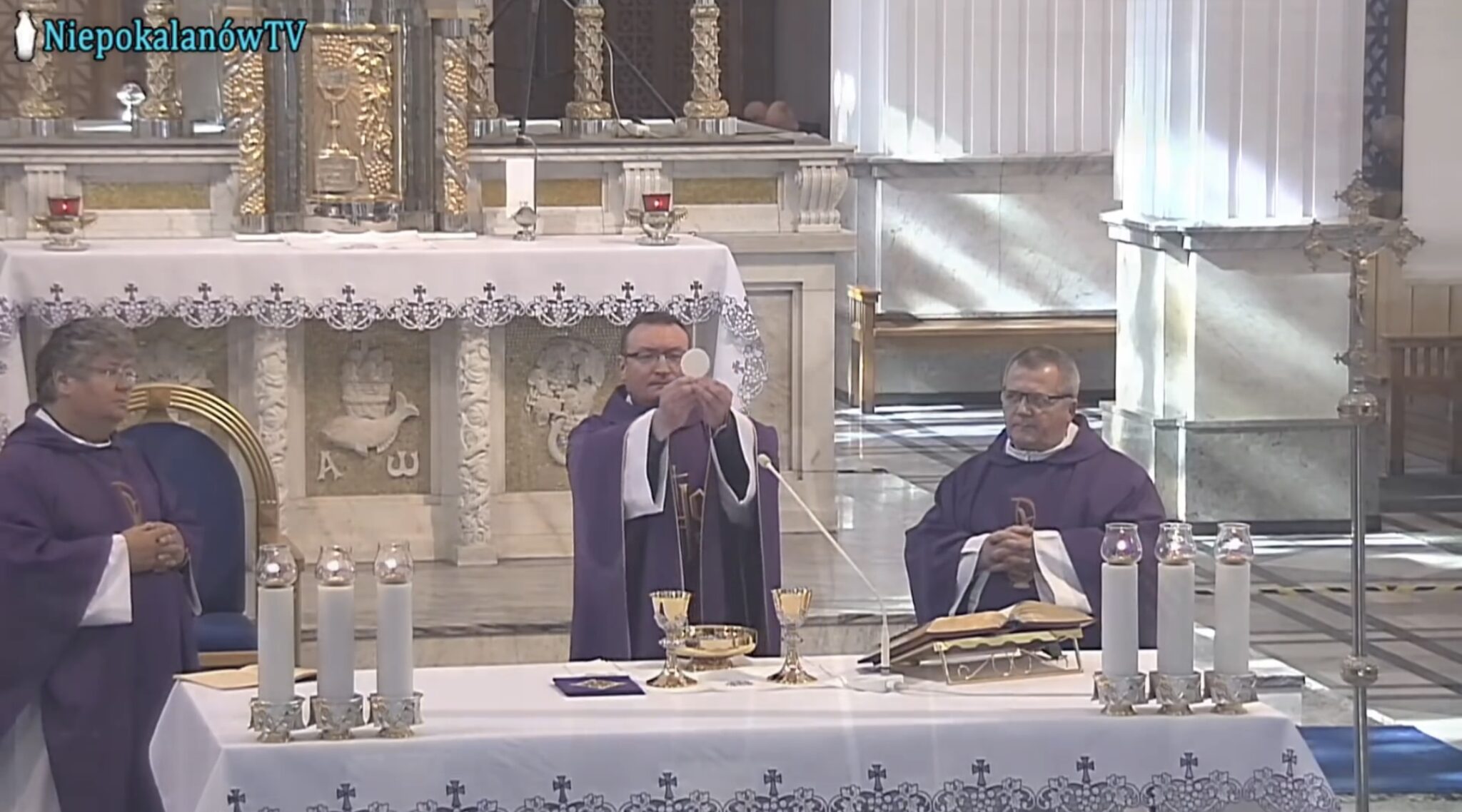 Everybody tends to have the same idea of what Mass is: going to a Church building on Sunday, sitting in a pew, and listening to a priest say prayers and preach his homily before receiving the Eucharist and going home.

This past Sunday, I didn’t leave my house to “go” to Mass – at least in the traditional sense. Instead, I tuned in to a live-streamed Polish Mass in Niepokalanów, Poland from the comforts of my own living room. 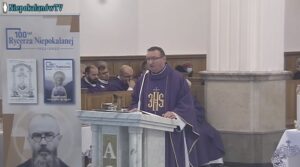 I come from a Polish family and grew up with the Polish language and culture. Poland is an extremely Catholic country and I grew up immersed in the Faith. I went to Mass every Sunday morning with my family, rain or shine. But when the COVID-19 pandemic came out, it was like a switch was flipped. With the threat of a new, unknown, and potentially deadly virus on the rise, I wasn’t able to physically go to Mass anymore.

Instead, I started to find live-streamed Masses to watch with my family on Sunday mornings instead. At the beginning, it was hard to adjust; there was no more physically receiving the Eucharist and I felt disconnected from my Faith community. But over time, it grew on me and I realized that I didn’t truly lose either of these things. Even though I didn’t have the physical Sacrament, Jesus was still present and God’s Grace was still there with me. And even though I didn’t have my parish community bubble, I realized that it was still only just a bubble. Catholic means universal and worldwide, not just what you see around you. The technology that I had access to allowed me to see any Mass at any time from anywhere in the world. I could go to Mass in other states, other countries, even on the opposite side of the world and I would still be keeping my Faith life alive.

Even now, when the world is getting back to “normal” after the pandemic, I still occasionally attend an online Mass because it’s still so amazing to me that I can see Mass in places that I probably would have never seen it in my lifetime without technology, something so often seen as a distraction to the Faith life.

During the homily, the priest brought up the recent Russian invasion of Ukraine. He related it to the Stations of the Cross and asked who we are most like in this crisis: are we Pilate who judges others and sentences them to a cross of hate, are we Veronica who wiped the face of Jesus, are we Simon who helped to carry the Cross, or are we the bystanders who didn’t help because they were too either afraid or unwilling to step in? 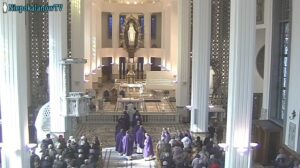 What he said struck a chord with me. I’ve been looking through the news recently and seen reports of the atrocities happening in Ukraine, of the families fleeing their homes, of the relief stations set up along the Polish border with Ukraine, of how people welcomed refugees with open arms and gave up rooms to absolute strangers. And it left me thinking, what would I have done – would I have opened up my doors or hoped someone else would?

The priest ended by quoting Nietzsche’s The Parable of the Madman – that God is dead because whenever someone hurts another, God is killed in their heart. But we as Christians believe that God will rise from the dead during Easter and we live with that hope. That for all the bad in the world, there is still good.

The Polish Pope John Paul II once said, “Darkness can only be scattered by light, and hatred can only be conquered by love.”

This quote immediately came to my mind during the homily. Although it was said around two decades ago, it seems to still have so much relevance, meaning, and bearing in today’s world and modern-day events.

Through this one Mass, I truly saw that we are all brothers and sisters through Christ, no matter the distance between us.