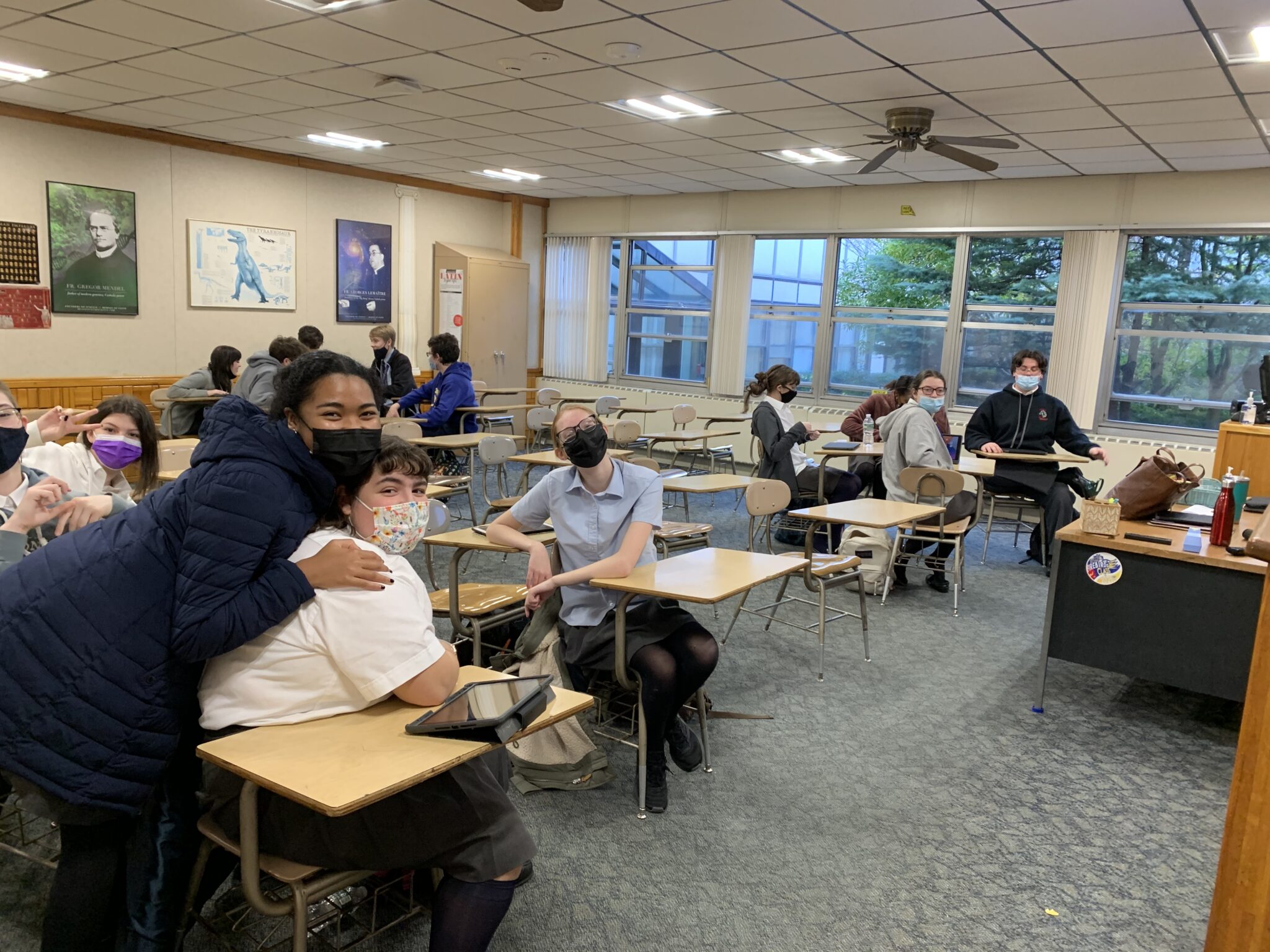 Among Kellenberg’s various language clubs and activities is High School Latin Club, which meets every Thursday and is run by Miss LaMonica.

One of the members of Latin Club, sophomore John Krug said, “I loved writing the newsletter. The club is always fun but learning all these new stories in such a creative way was an added bonus. I can’t wait to finish it.”

For the past several meetings they have been working together on a project on the many gods and goddesses of Roman mythology. The students are writing their own ‘newsletter’ detailing the occurrences of Mount Olympus, the home of the gods. The newsletter includes many of the well-known stories of Roman mythology. One such story is the story of Persephone, daughter of goddess Demeter, who is kidnapped by Hades, god of the underworld, and forced to live with him for six months out of the year. This story was the Roman’s rationale for the season of winter since Demeter was the goddess of the harvest and would not have let anything grow with her daughter in the underworld. The Latin Club’s newsletter uses this story as part of their weather section.

The newsletter also includes a gossip column run by mythological matchmaker Cupid. There is also the story of Hera, queen of the gods, getting angry yet again for one of her husband Zeus’s many affairs. Their sports section details the famous discus throw of mythological figure Perseus.

One of the highlights of the newsletter is a section on how the gods would pass their time during quarantine. The students got to brainstorm how each of the gods and goddesses would react to being stuck at home.

Using their knowledge of the gods and goddesses, the students decided that Hera would be forcing everyone on family walks as she is patroness of married women and families. They thought that Demeter, being goddess of the harvest, would grow her own garden and start a food blog and that Athena, goddess of wisdom, would be spending her days doing crosswords and making ‘book-toks.’ Hephaestus, the famous blacksmith of Mount Olympus, would start up his own Etsy store to sell all his handmade crafts. Hermes, prankster of the gods, would of course be playing pranks on everyone. Even Ares, god of war, would be like many in quarantine spending his days playing the popular game, fortnite.

This activity is just one of many that the Latin Club does to bring fun to the Latin language and stories of mythology. Stop by room 104 any Thursday to join the fun! 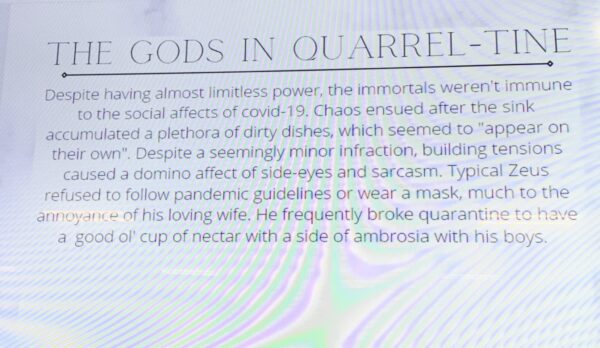 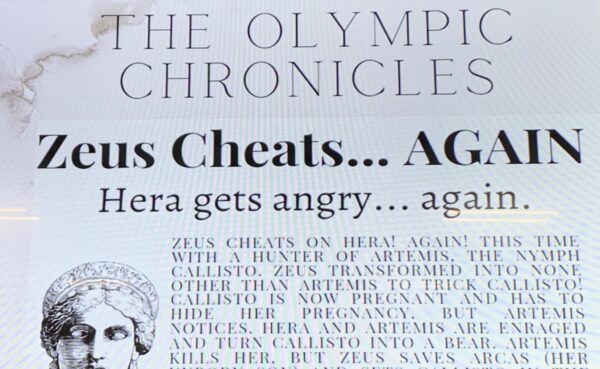