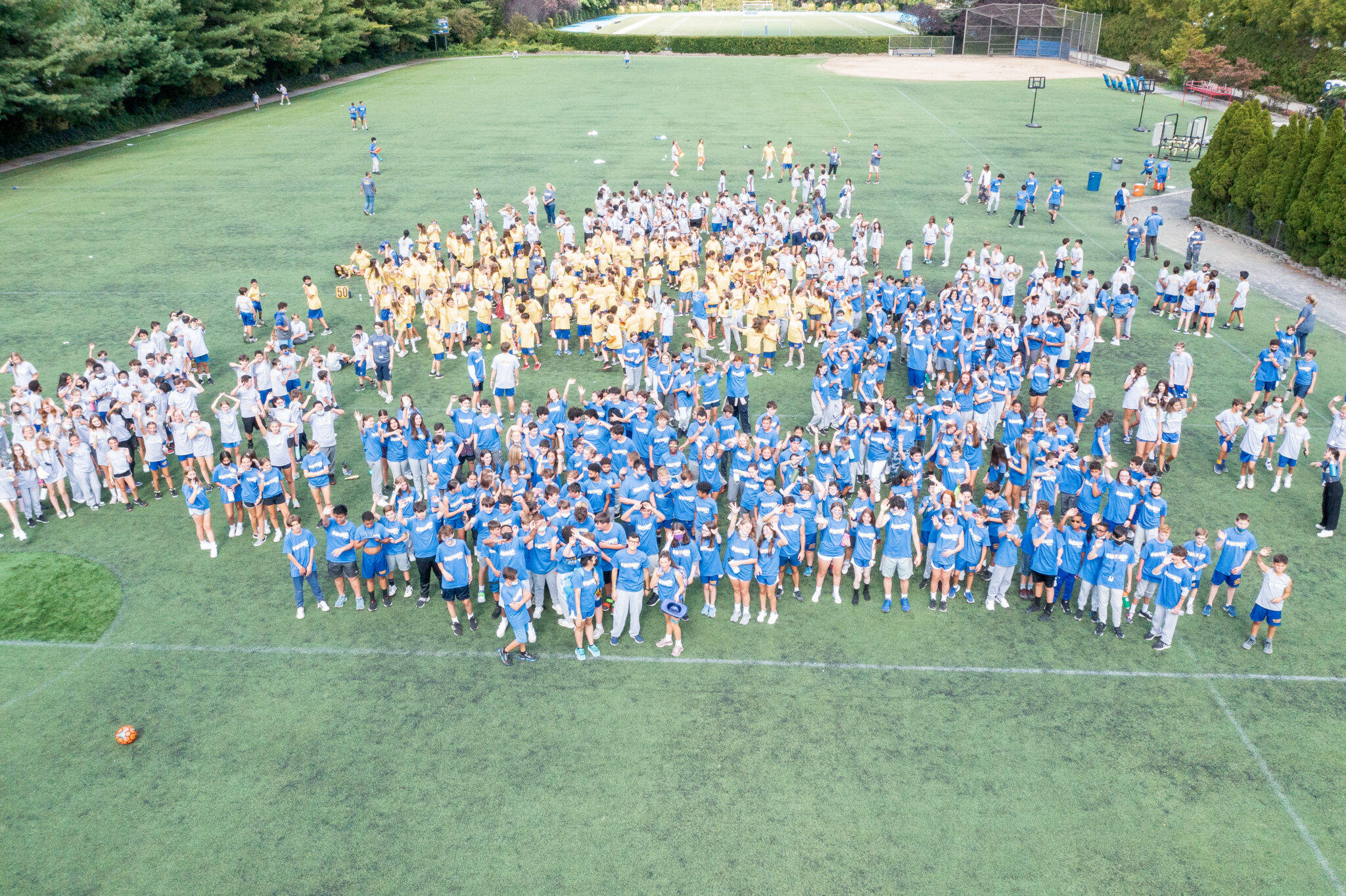 On Wednesday, October 7th, the Latin School Division came together to participate in Witness Day. The day combined some of the themes Kellenberg holds dear: faith, community, and athletics.

October 7th is also the Feast of Our Lady of the Rosary, so the Latin School began the day by attending Kellenberg’s annual Rosary Prayer Service in the auditorium. Students sat attentively as they prayed the Rosary, joined in song, and listened to reflections on the Luminous Mysteries from several teachers. After the service, the Latin School remained in the auditorium where they learned about Blessed Carlo Acutis. 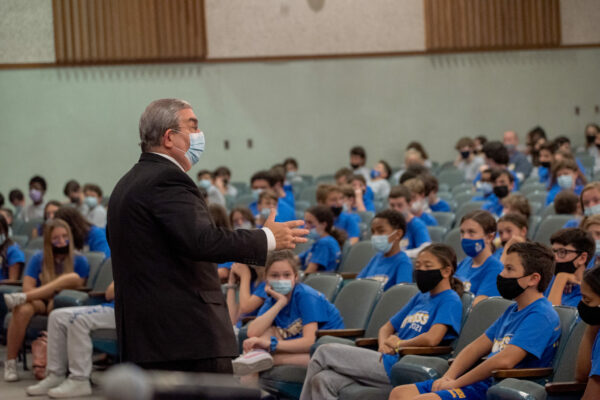 Carlo Acutis was in high school when he decided to make a website documenting Eucharistic Miracles. His life gives an amazing example of how young people can engage in the faith, relative to our modern world. Carlo Acutis passed away from a rare form of cancer in 2006 at the age of 15. He was beatified on October 10th, 2020. He is the patron of youth and computer programming.

Accompanied by their Marianist Leaders, the Latin School students were then led outside to participate in several athletic games and competitions. They played a variety of games including volleyball, football, ultimate frisbee, gaga ball, and soccer.

After lunch breaks out on the fields, students were led back inside for the culmination of the day. Students were spoken to by Brother Stephen Balletta, S.M., from Chaminade. Bro. Stephen spoke about “Three M’s”: Mission, Message, and Motivation. He told the students about how previous Marianists exemplified the values of Christ.

The students then participated in Adoration. For many Latin Schoolers, it was their first time attending Adoration, making it a truly unforgettable experience. When asked about Witness Day, seventh-grader Jack Lollo said “The day was really fun. I liked all the games we played, and the talks they gave were great.”

Witness Day was a truly exciting opportunity for the Latin School to come together in faith and fun.