Lights, Camera, Action! Kellenberg Drama Presents “You Can’t Take It With You” 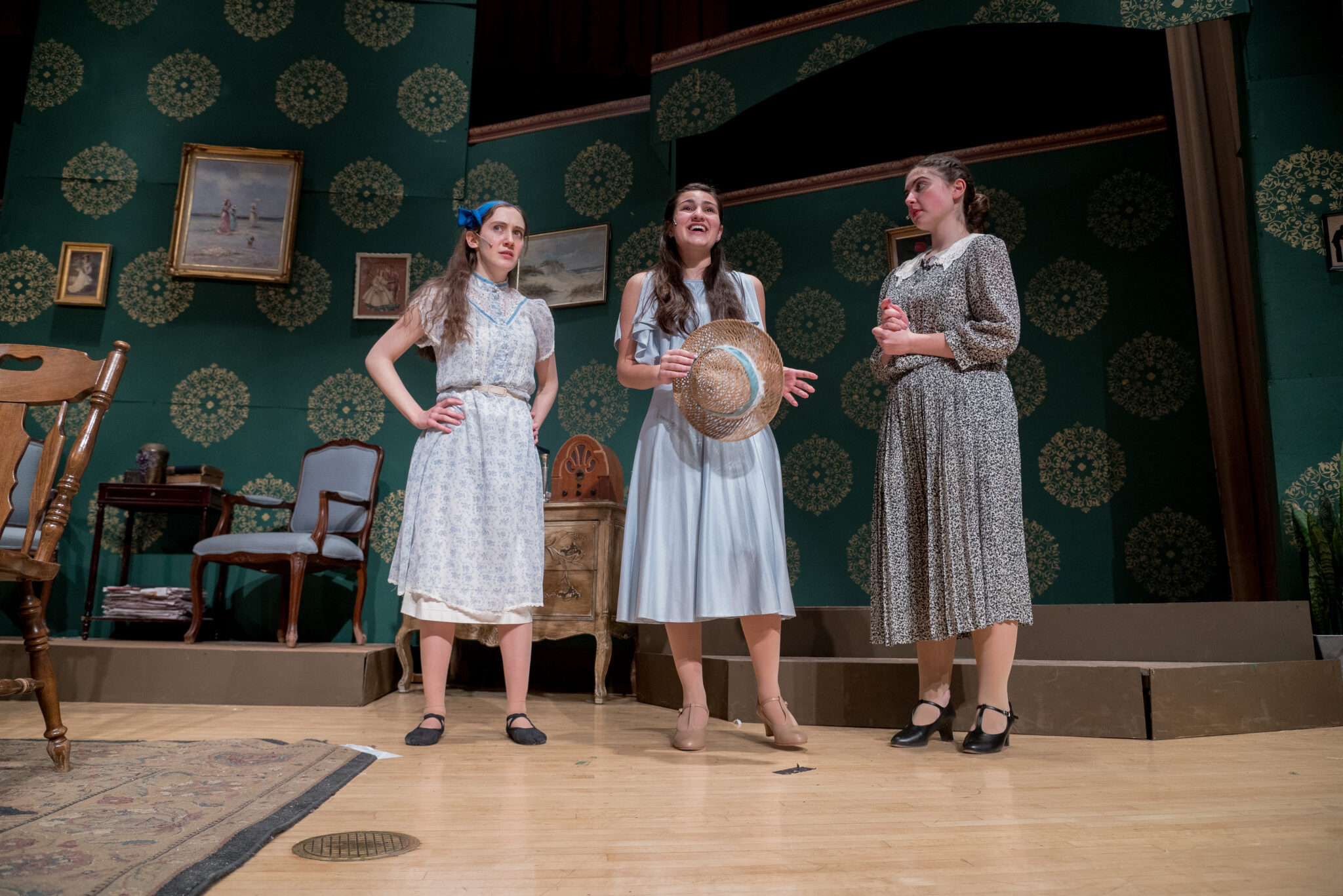 Kellenberg Memorial’s Drama Club performed George Kaufman and Moss Hart’s You Can’t Take It with You on March 4 and 5.

The comedic play consisted of three acts which starred the Sycamore family, the Kirby family, and witty and philosophical grandfather, Martin Vanderhof. Alice Sycamore starts to quickly fall for Tony Kirby, the young and charismatic son of Anthony and Miriam Kirby.

Throughout the play, the audience sees how Alice starts to open up to Tony about her peculiar family and begins to believe that their families will not mix well. As the plot thickens, the viewers follow the highs and lows of Alice and Tony’s love story and how their families interact with each other. 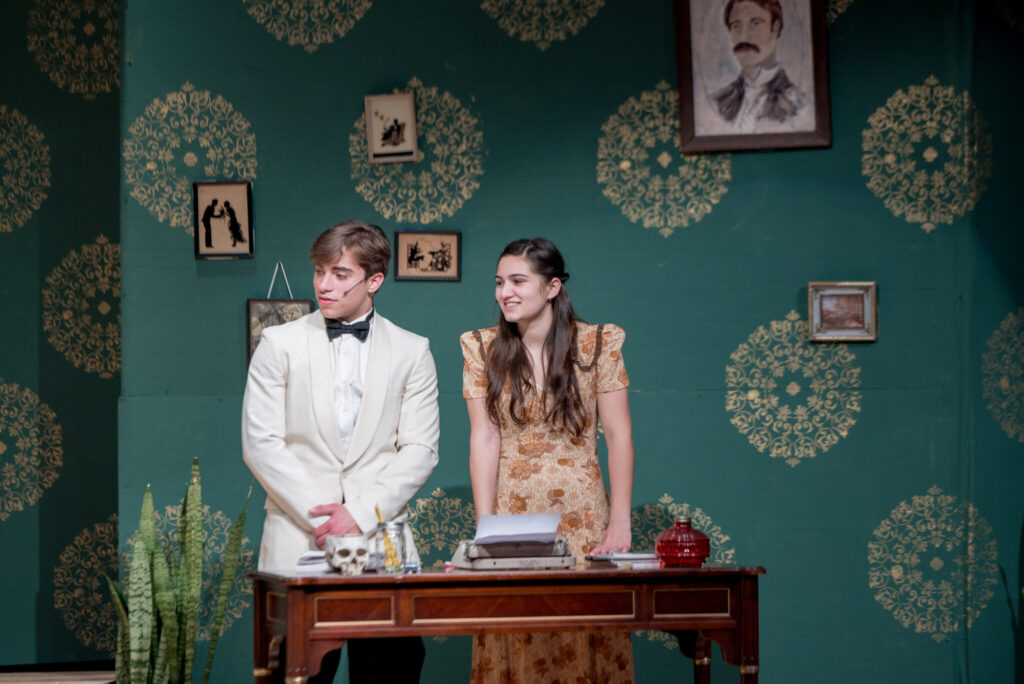 Chase Filandro ‘23, who played Tony Kirby, reflected back at his experience with his third play at Kellenberg Memorial said, “This play has been one of the most gratifying experiences of my life. Working with such a talented group of actors has been a blast. Lastly, thank you to Mr. Murphy for all his dedication and diligent work.”

Chase embodied the charming character that is Tony and his desire to pursue the girl he sees fit for him despite their societal differences. 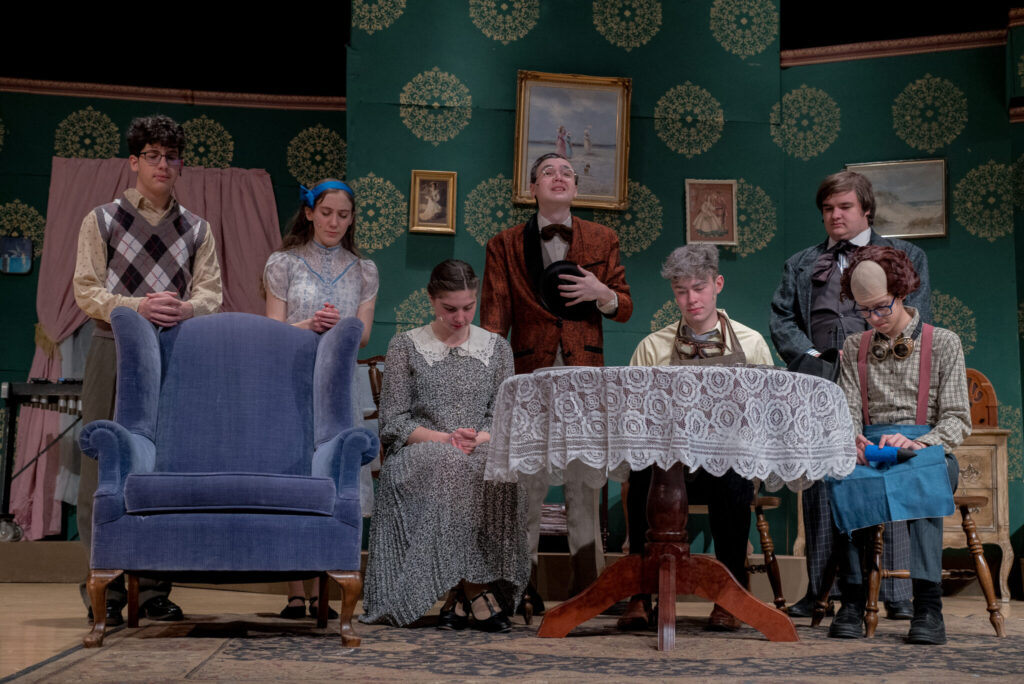 Martin Vanderhof, played by junior John Devereaux ‘23, was the wise and carefree grandfather who emphasized the importance of enjoying the present moment because at the end of the day you cannot take anything with you. After his performance, John said, “It’s been an honor both practicing and performing with such an amazing cast and crew. It couldn’t have been done without each and every member of the drama club and I’m glad all that hard work paid off.”

Mrs. Farrell, Set Designer and Stage Crew Moderator, along with the entire stage crew did a phenomenal job in setting up the beautiful stage. Their efforts did not go unnoticed and truly made the play come alive. After many hours of nonstop practice, the play was an absolute success. The effort of each individual member of the Drama Club contributed to the stellar performance on both nights.

Director and Drama Club Moderator, Mr. Murphy, reflected on the performance and said, “Although written in 1936, You Can’t Take It with You was as topical a play as we could have chosen. At that time, people were dealing with the remnants of the Great Depression, and the message of the play is to do what makes you happy, for life is short. Our cast, in spite of many obstacles, kept the faith.” 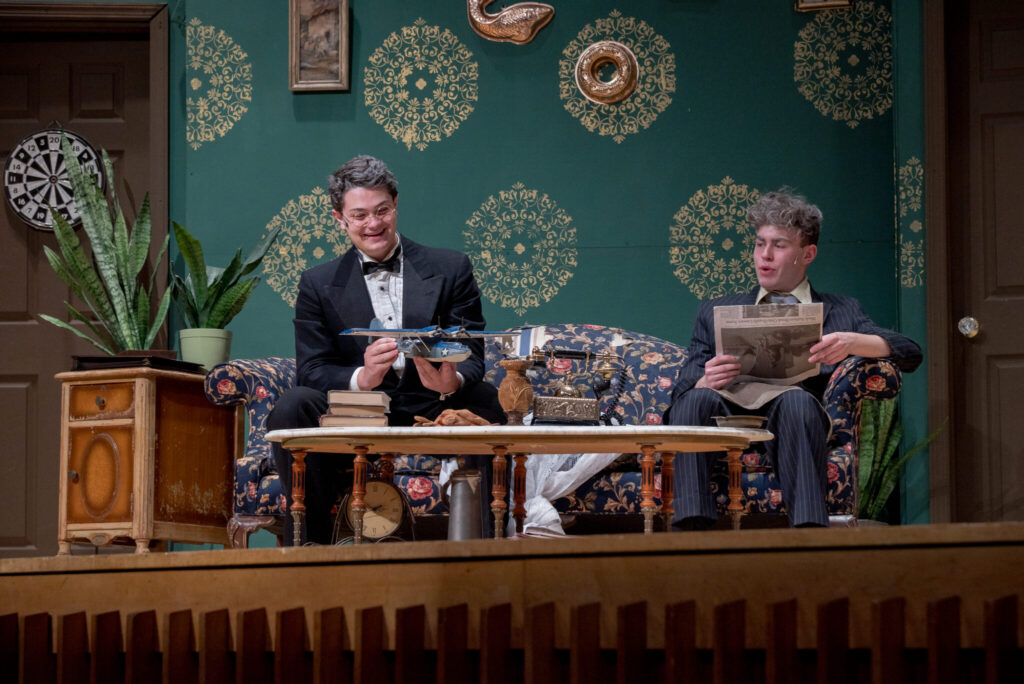