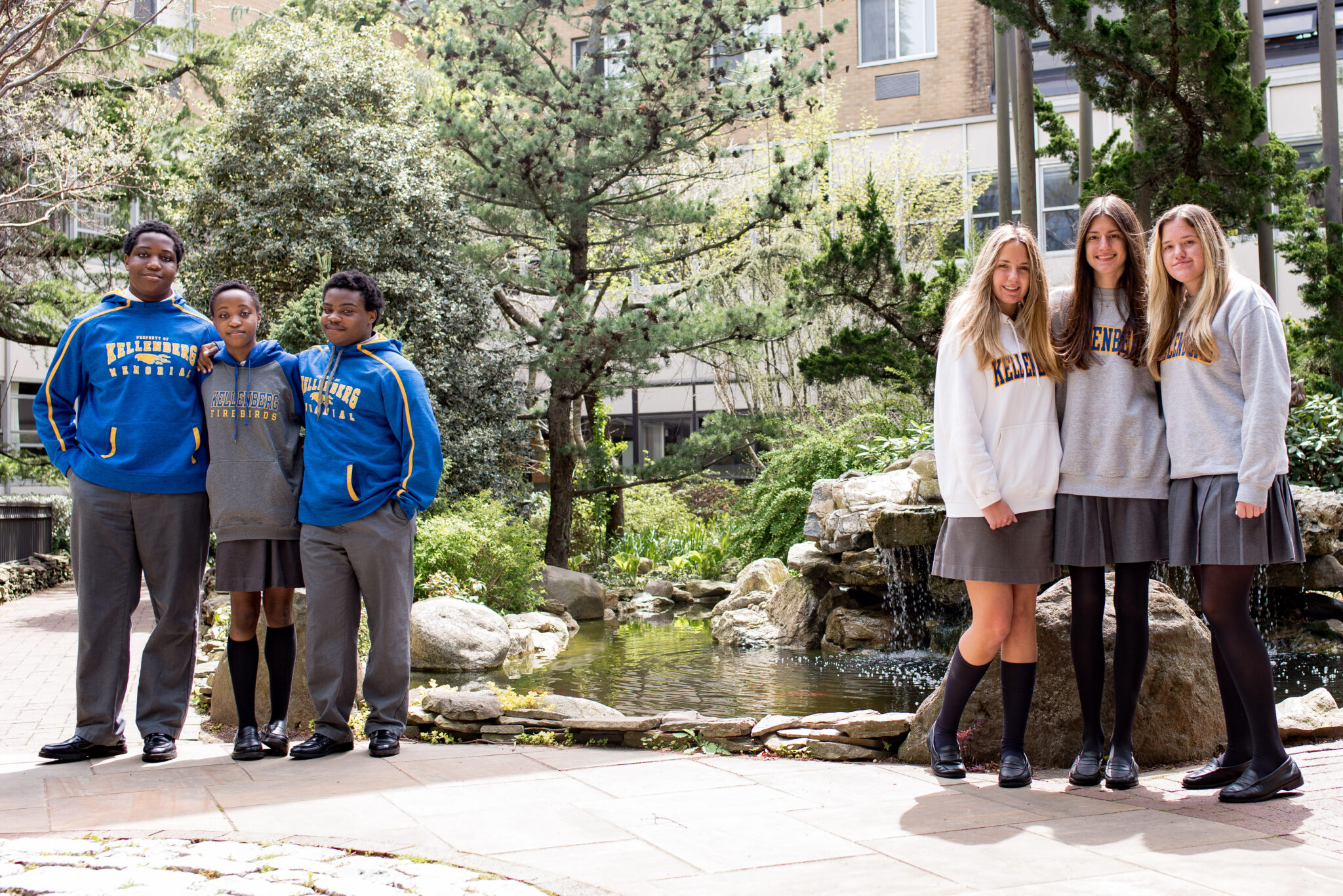 The plan that God has for us is one of the most mysterious parts of living in the faith. Your life can change by the second and then your entire purpose flips into something that you never would have imagined yourself doing before. For expecting parents, there are many different ideas to embrace. All parents wonder about their child’s gender and health, but the additional scenarios racing through a parent’s mind are numberless. However, few parents think about the idea of having triplets – an idea that became reality in 2006 for two families in this year’s freshman class at Kellenberg!

The Okigbo triplets were born February 14, 2006, in Brooklyn and now reside in Baldwin, while the Barnjak triplets, born only ten days later, live in Seaford.

While this lifestyle has always been part of their norm, the triplets from both families acknowledge the effect they had on people’s lives just by being triplets.

Mr. York, Assistant Principal for Personnel & Communications, recalls, “I remember learning of our two triplet families last summer and being so excited to have them all here together as members of the Firebird Family.”

Two sets of triplets in a single graduating year is a noteworthy first at Kellenberg.

Paulina said her parents were shocked but thrilled when they heard that they were expecting three kids. “My parents were very surprised and excited because they knew their life was going to drastically change.”

Sophia was born first, to which she interposed with joking pride, “There’s no surprise there, I’m always number one.”

While there is always a sibling rivalry as Sophia quipped, Chimdimma, also the “oldest” of her triad, depicts the appeal of the team effort of triplet-hood, saying, “I love being a triplet because we can all learn from one another and help each other out in many ways.”

The Okigbos and Barnjaks have spent effectively their whole lives by each other’s side, which has allowed them to grow close to one another.
“It almost feels like we are more than sisters,” Sophia noted. “They have been my best friends my whole life. It’s a blessing having people I can relate to so closely.”

Sophia even thinks that being in a triplet of all girls is one of the best things that has happened to her. “We always help each other with work and share clothes, and being in the same sport or class made me more comfortable in stressful environments.”

Their situation may be relatively uncommon, but it is one that has blessed the students with advantages, and that “built-in” support group is just one of them.

Chimdimma says, “We are very blessed. My family is Nigerian and is very Christian. ‘Chim’ means God and that is why my siblings and I have Chim in our names so that God is always in our lives.”

Being a triplet doesn’t go unnoticed, and many people who realize they are talking to a triplet begin to ponder what it must be like. A frequent reaction is that triplets are all identical – not only physically but emotionally and behaviorally.

Gabriella, admiring how her siblings are as individuals, declared, “My favorite thing about each of my siblings is how Sophia is funny and smart and Paulina is very organized and very motivated.”

Mr. York explains that his hope as an administrator is for all students to find their unique experience as part of a cohesive whole at KMHS – like the Okigbo and Barnjak triplets, to have an individual experience in the comfort of a family unit.

Paulina might agree to say, “The best part of being a triplet is always having someone to relate with. Especially because we’re all girls, we need to have each other’s backs. We go through everything together and help each other throughout the years.”

When you have this type of love and unity among your family, you cannot ask for it to be any better.