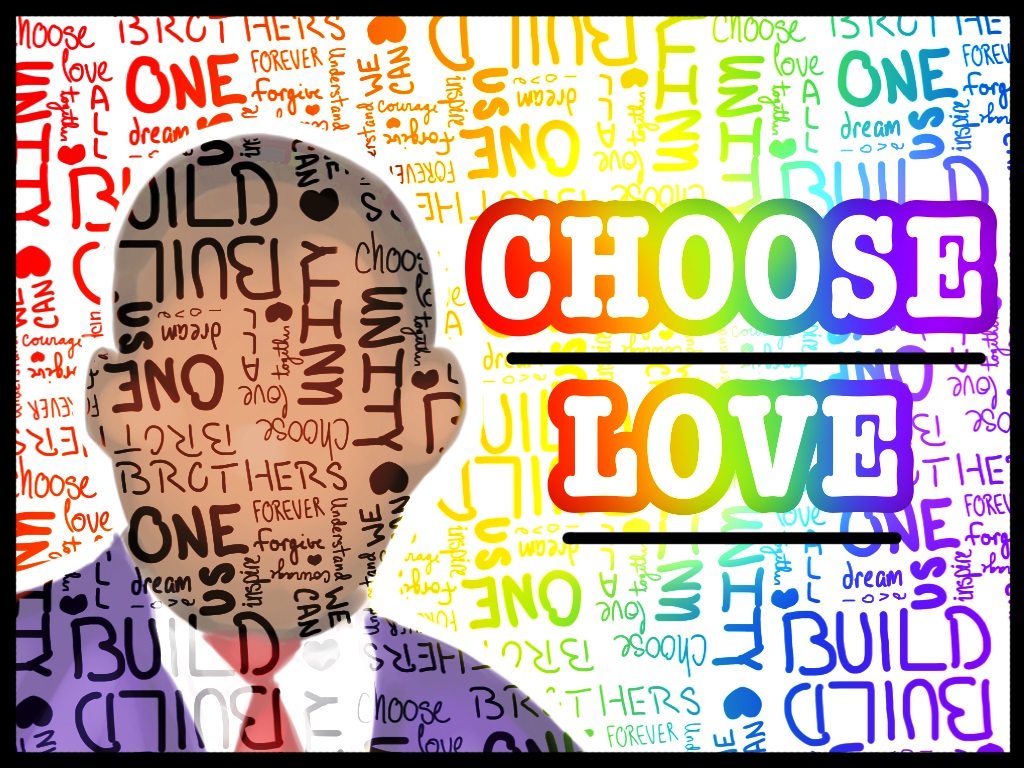 “I have a dream”, Reverend Dr. Martin Luther King Jr. famously exclaimed on the steps of the Lincoln Memorial on August 28th, 1963, “that one day this nation will rise up and live out the true meaning of its creed: We hold these truths to be self-evident, that all men are created equal.”

Dr. King, a minister, public speaker, Nobel Peace Prize winner, and Civil Rights Activist with a PhD of philosophy in systematic theology, has always stood out to me through his words and actions.

Over this last MLK weekend, I watched a PBS Ken Burns documentary as well as a YouTube documentary entitled “Martin Luther King – A Civil Rights Leader” about the life and work of Dr. King.

It struck me how determined he was for change (not even just change, but a peaceful, nonviolent one as well) in a world where change wasn’t easily accepted and was often met with violence instead.

Time and time again, he encouraged peaceful protests, marches, and non-violent civil disobedience, saying “We must meet hate with love”. He constantly joined protests, spoke to the crowds, and raised funds for the Civil Rights Movement. Not only that, but he also spoke out against the Vietnam War, wanted to eliminate poverty throughout the United States, and was a champion of better working conditions and protections for the working class.

And time and time again, he was met with arrests, attempts on his life, sentenced to prison for the most minuscule reasoning, and violent acts committed by the KKK.

Despite all this, he kept going, and over and over again the attempts to silence him failed. While seeing all the violence and hate directed towards the movement, he kept steadfast in his morals of non-violence and peace. Even after his assassination, these same ideals lived on through the movement.

His courage, to stand up and do what is right as well as to firmly hold on to his beliefs of peace and non-violence, is so inspirational to me. It leaves me wondering about what he would do, what he would say, if he were still alive today. His legacy continues on through the effects of his work and inspires so many people today to stand up for what is right.

Even at my own school, Dr. King’s legacy lives on.

A few months ago, English teachers at Kellenberg encouraged students to submit artwork and essays to the 2022 Dr. Martin Luther King Jr. Fine Arts and Essay Exhibition, which was sponsored by the New York State Education Department.

Open to all students from grades K-12 in public and private schools throughout New York State, this online exhibition focused on artwork based on Dr. King’s Six Principles and Six Steps of Nonviolence as well as essays on the topic of how Dr. King’s birthday can be celebrated year-round.

Six Kellenberg students submitted entries, half of which as art pieces, and the other half as essays.

“I participated in this contest because I felt like Martin Luther King Jr. is such a great model of nonviolence and peace. He is such an inspiration to me in that respect because, in this world, we’re so often faced with challenges and adversity, and often our knee-jerk reaction is to hurt others”, started Junior Angelina Scalice, “In my art piece, I tried to highlight the same things that King did in his stances about nonviolence, justice, and inclusivity. My piece is brightly colored, and I tried to use that as a symbol of inclusivity and variety of the world and people around us.”

Junior Sarah Rao, who also submitted artwork to the exhibition, said, “My art piece represents the love we all need to have for each other. The background represents the turmoil going on in this world, and the two people holding hands represent that love can heal and take away from the turmoil in this world. I made this art piece out of a need to show that no matter who you are, what you look like, or the circumstances you are under, love will always heal and bring us together.”

As a spin-off of this exhibition, the Student Life Office created a contest entitled “Beyond the Dream”, where students can submit their own work, whether it be a poem, essay, poster, or song, before January 28th for a chance to win a $50 gift card to the Phoenix Emporium Bookstore. You can scan the QR code on the flyer to enter the contest.

Mrs. Mulligan, the Assistant Principal for Student Life, said, “The Student Life Office is creating opportunities in a meaningful way to educate both the mind and the heart and bring awareness and appreciation for what other people and great leaders have done.”

The Assistant Principal for Academics, Mrs. Cameron shared, “I think that the world and our society has come a little way since the mid-20th century, but we still have a lot of changing to do. And we need to continue it in all parts of our life, including our school community. It’s important to keep making those changes and keep evaluating what we’re doing inside and outside of Kellenberg. And it’s important that we as teachers are instilling the values of communication and a willingness to understand each other and work together in our students as well as to guide our students here and beyond. The cause of Civil Rights means a lot to Kellenberg and to its students, especially since we have a large background of students here.”

Dr. Martin Luther King Jr. has left a large imprint on the world. His legacy, his inspiration, and his dream lives on through us and our daily choices. 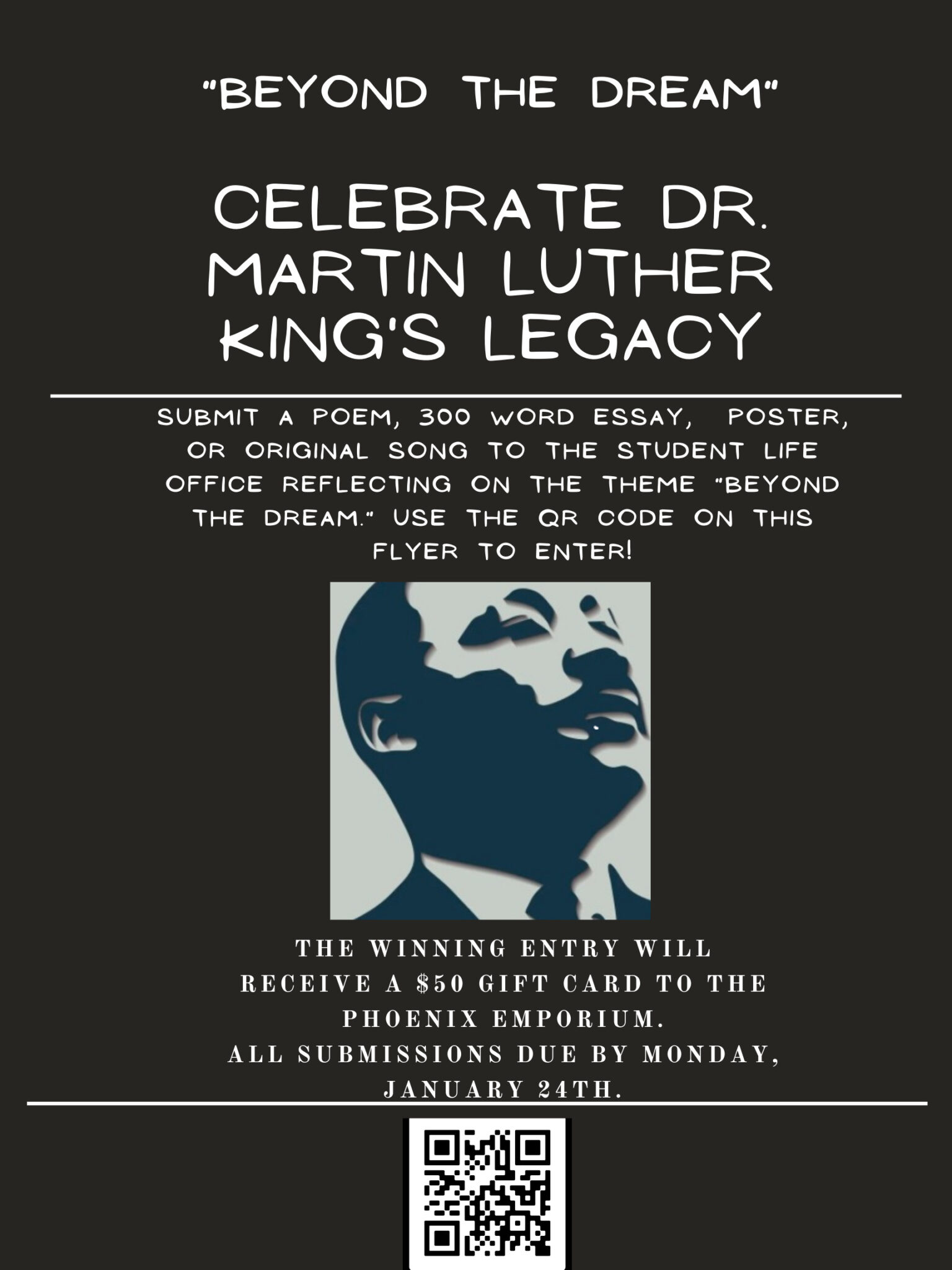