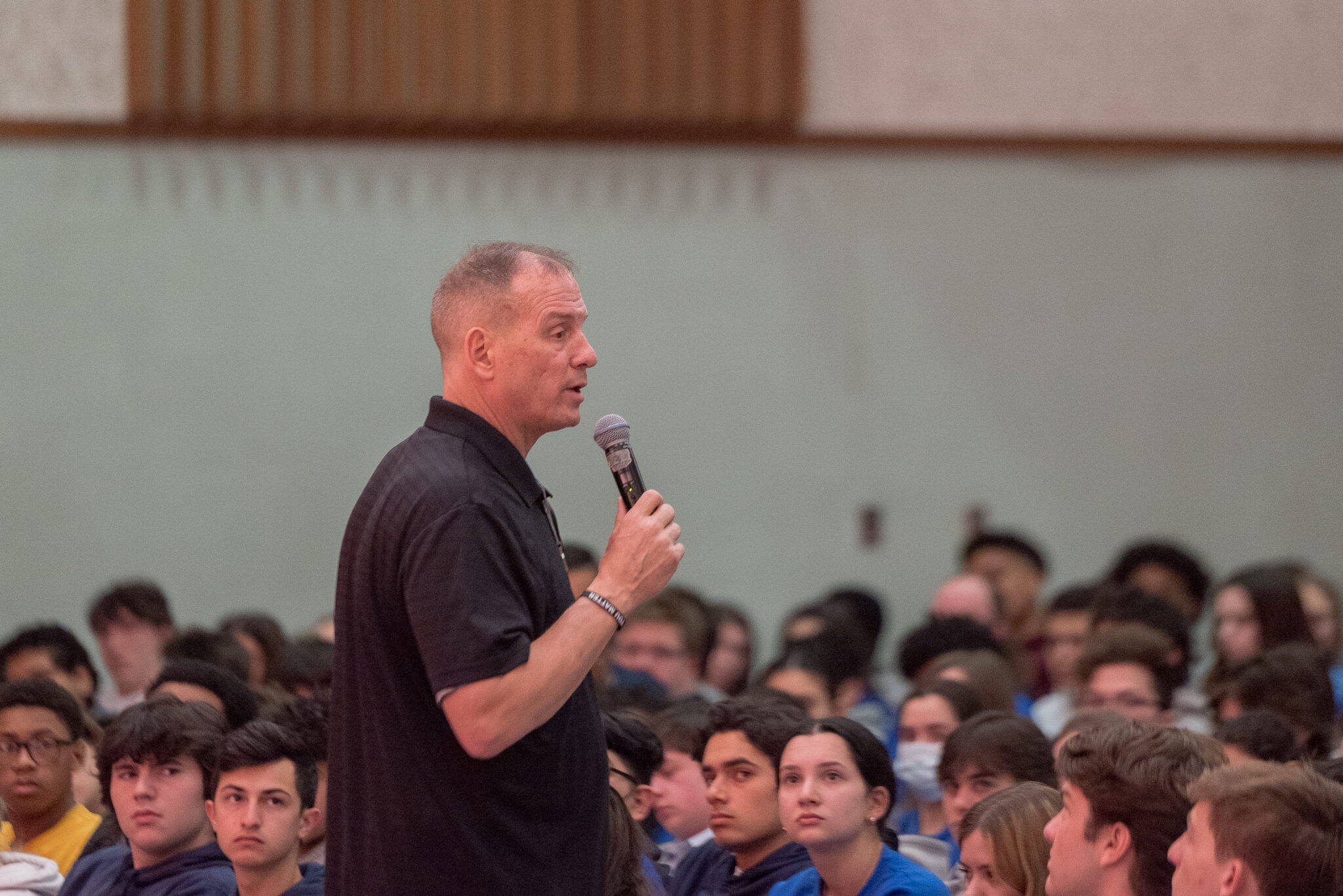 Faith Fridays were first offered last year to allow students to escape from the orderliness of class and develop their faith.

To follow through with the latter idea, Mr. Basile invited motivational speaker Bobby Petrocelli to speak. Bobby’s movement revolved around a simple but meaningful slogan: “You Matter.” This is a message Bobby spreads through schools and organizations throughout the country. The movement started after the sudden and tragic loss of his wife to an intoxicated driver. Bobby shared a quote from the Lion King that serves as an inspiration for people going through difficult times, saying, “The past can hurt. But the way I see it, you can either run from it or learn from it.”

Following Bobby’s speech, students were given free time to play games on the turf outside. After these outdoor activities, students went back to homeroom to enjoy and participate in various retreat activities. To close out our special sharing of Faith Friday, mass was led by Kellenberg alumnus, Father Pierre Toussaint.

Faith Fridays at Kellenberg are becoming a beloved tradition by all. While on the surface, they seem like an excuse for students to avoid working, they ultimately are events that leave an abundance of students impacted. When these students grow, their faith grows beside them, and the more students grow the better the world will be.