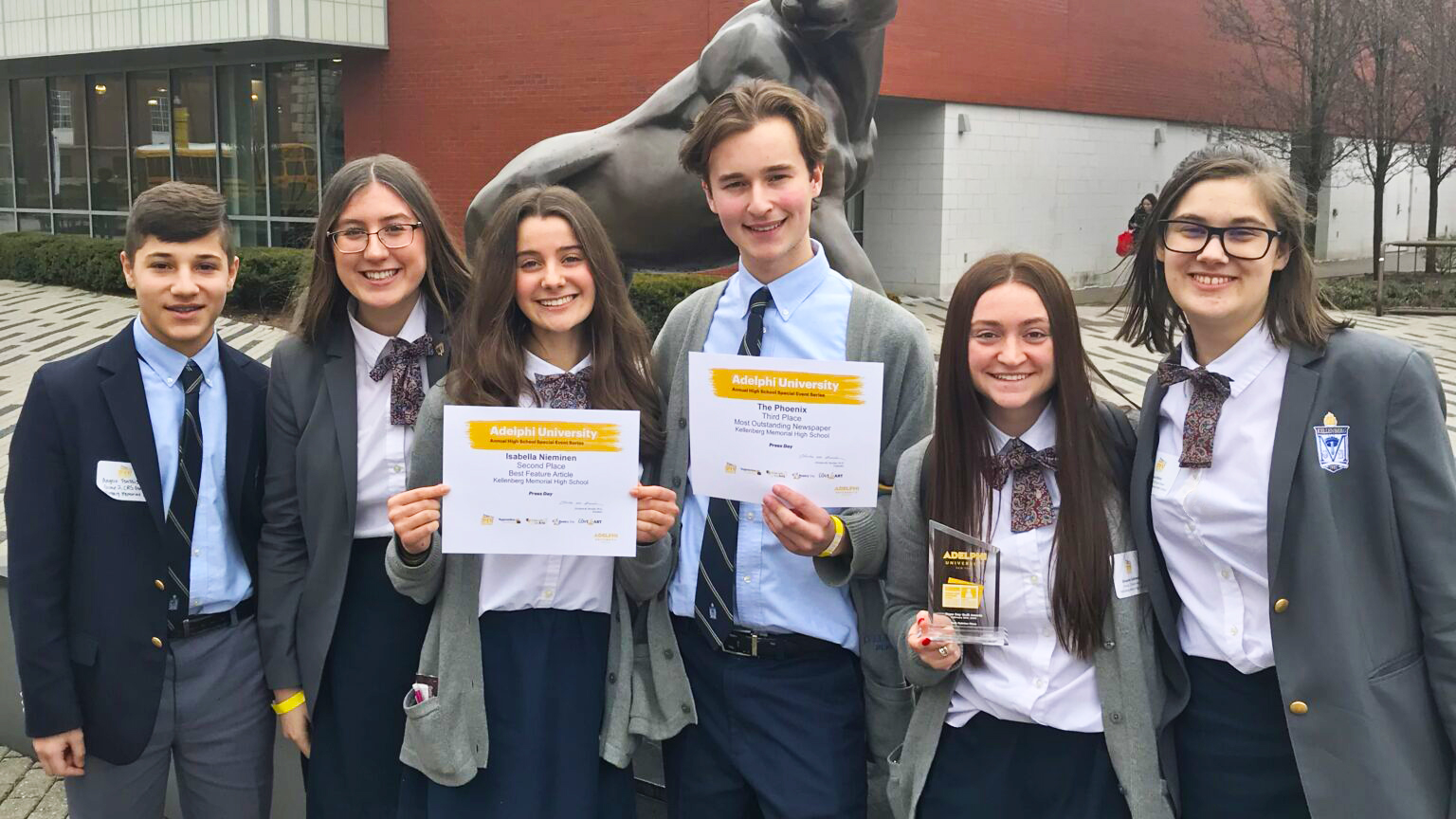 Congratulations to The Phoenix news staff for an excellent showing yesterday at the Adelphi Journalism awards. The Phoenix won third place for Most Outstanding Newspaper, led by Editor in Chief, James Mooney III ’20.

You can see the nominated and winning articles at kellenberg.org/phoenix: