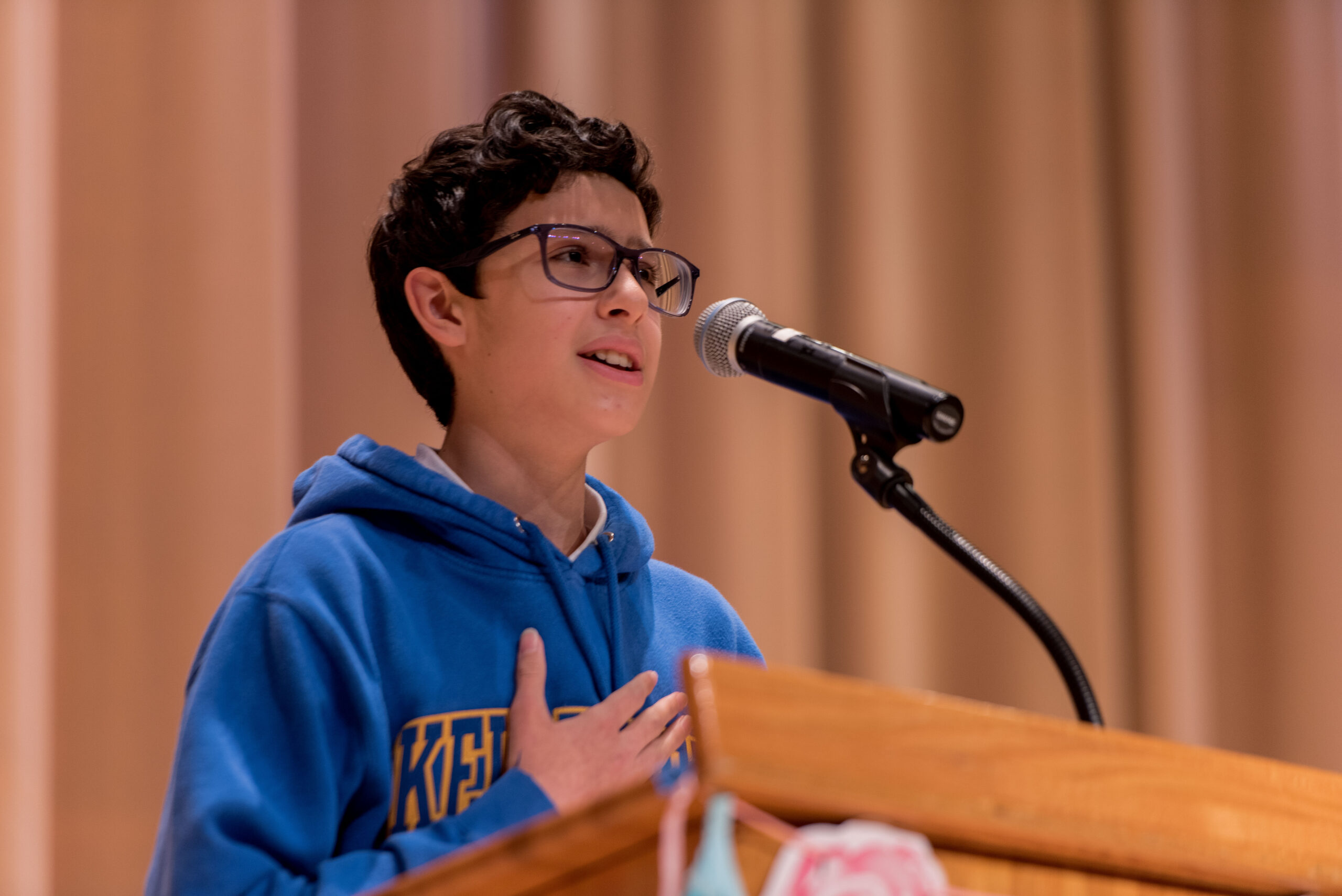 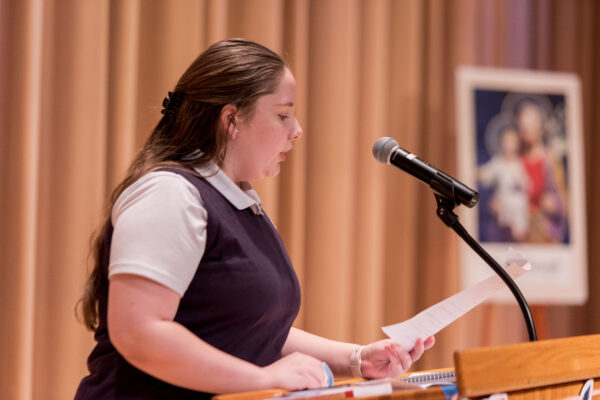 Senior Edward Jansen, Master of Ceremonies, introduced readers after dramatizing an original poem, titled “I Do Not Know The End,” and providing some insight on the purpose and process of truthful writing. “A writer’s goal,” Edward said, “is to convey his or her message through actions and through attitudes; to use words as little as possible, to never say more than necessary, and to elicit courage and grace under pressure through honest and sincere prose.”

First to perform was sixth-grader Zachary Gallegra who read the opening prayer— Psalm 96–and two original poems— “You Are You” and “From the Start.” Mr. Brown, English teacher and published author of the novel Chuckanut Dreams, read an original poem titled “To Steven,” dedicated to deceased Officer Steven McDonald— someone Mr. Brown has found particularly inspiring— and masterfully described the journey of a writer to multitudes of young minds. Most participants were from either the sixth or ninth grade, with a handful of exceptions, such as Senior Robert Nolan, who believes, “though I messed up a six-word Hemingway story— ‘For sale: baby shoes, never worn’— it was good to see so many young people in love with poetry.” 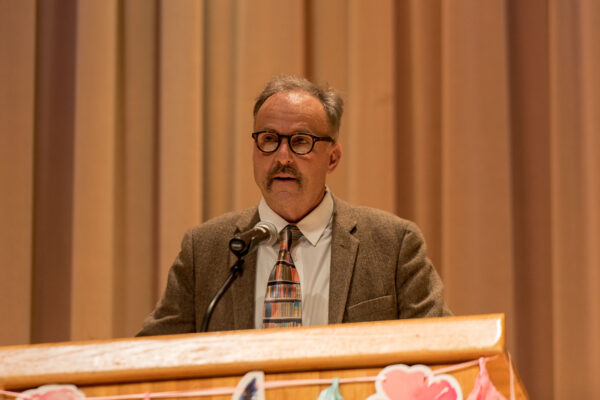 And that is exactly what the Open Mic was— a display of affection for art, for poetry, and for writing, championed by some of Kellenberg’s best speakers— such as drama personalities Gabriel Blanco and Clara Ambrosino— upheld by an expansive audience of teachers and students— including Mrs.von Schoenermarck, Mrs. Agulles, Mrs.Villani, Mrs. Sullivan, and Mr. Each— and produced with much love and many thanks through the kindness, sincerity, and dedication of Mrs. Page.

78 students and staff attended the event, encouraging English Department Co-Chair Mrs.von’s hope for the future of poetry at Kellenberg. 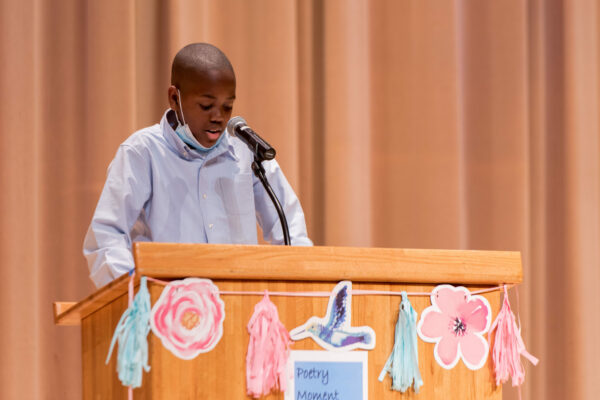