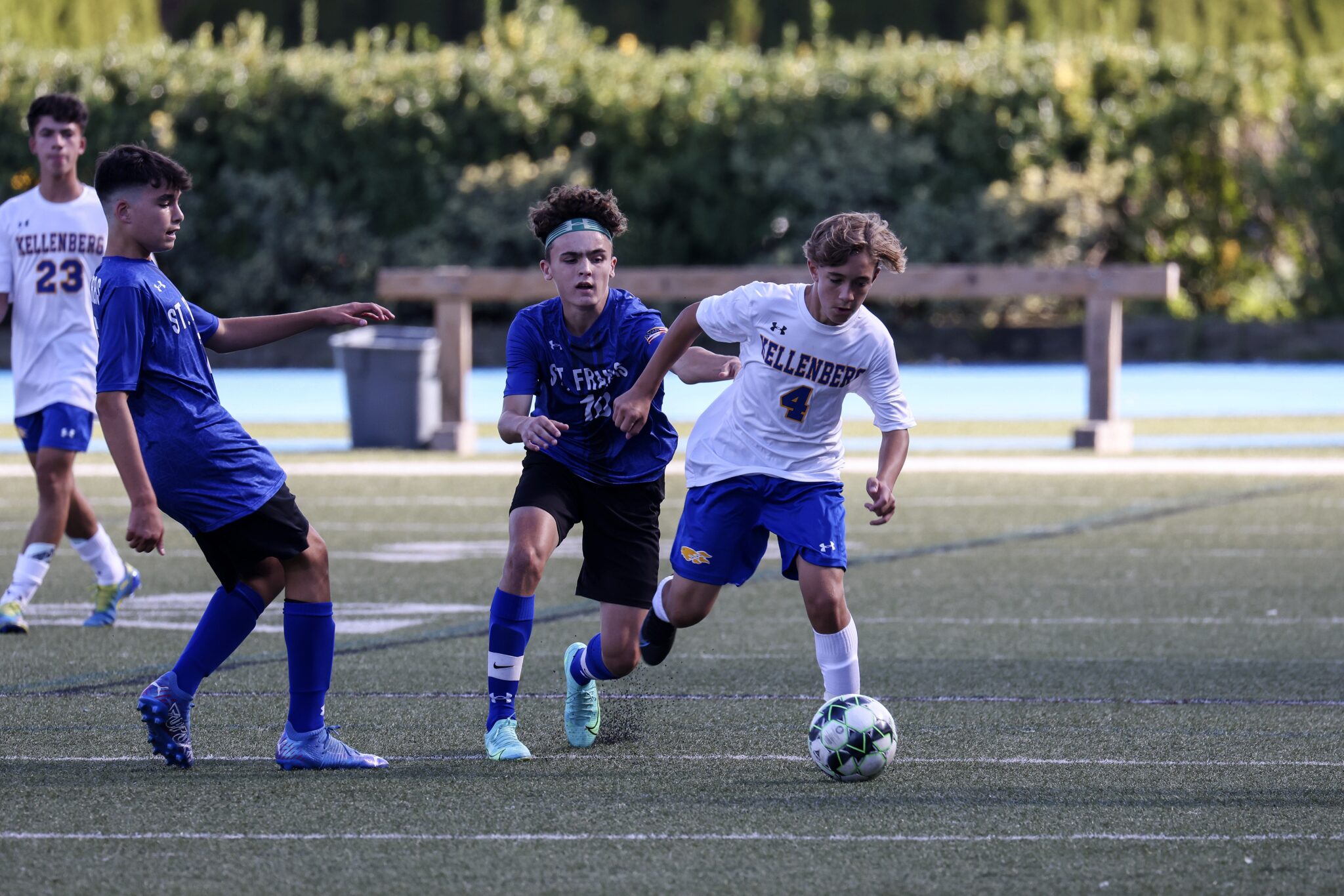 In spectacular fashion, the JV A Boys Soccer Team defeated the St. Anthony’s A team 2-0. Sophomore Jonathan Cardo had an outstanding free kick from 30 out that went crossbar down putting the Firebirds up 1-0.

In the second half, Sophomore Zach Oliveira cut the ball back and hit a lefty shot to put the boys up 2-0. According to Coach Kahn, “The incredible goal-keeping of Sophomore Sean Richards is what kept the boys alive.”

Coach Kahn gave Richards credit for the success of the team, but when asked about the win, he deflected the praise.

“A great team win that we’ve been working towards all season. An early goal from Cardo allowed us to settle in. The back line played amazing and the midfield and forwards did a great job of connecting passes and controlling the middle of the field. This was a great game for us to build momentum heading into the playoffs.”

The team will face the Friars of St. Anthony’s again this Thursday in the first round of the playoffs, and with Sean Richards leading the way, the team is looking terrific in their pursuit of a league championship.