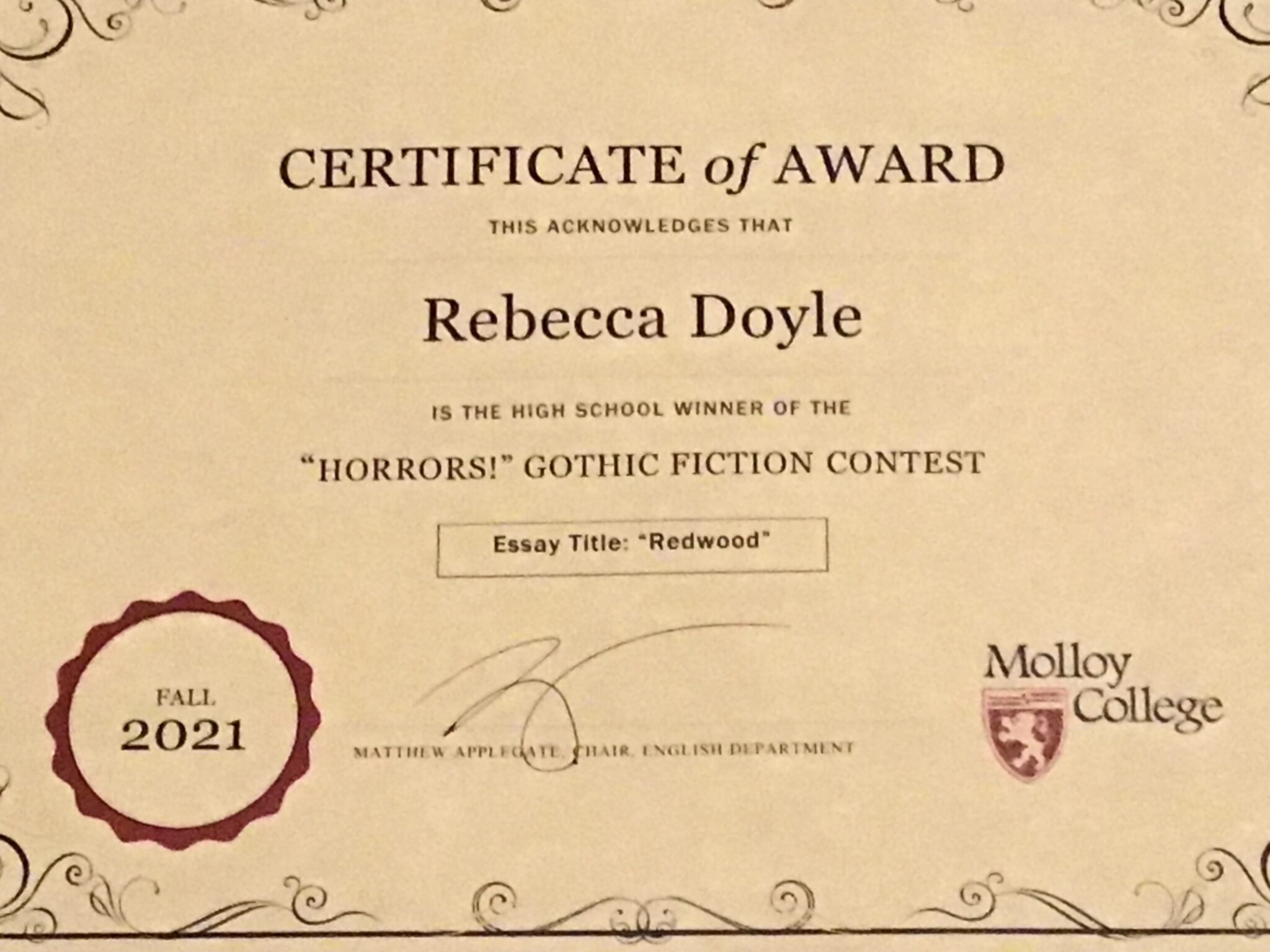 Stephen King, Edgar Allen Poe, and now Rebecca Doyle. Among the talented horror writers of history, Kellenberg now has its own.

“Redwood” is an 8 page gothic horror short story that follows Marianne, a high schooler who starts playing baseball after the death of her mother. Marianne is inspired to play because of her mother who had played herself. The entire story feels ominous, but perhaps the most chilling part is her mother’s old redwood bat.

When asked about what the honor meant to her, Rebecca shared, “When I received the email from Molloy saying I had won the award and that my story was going to be put into their literary journal, I felt extremely proud of my work. I felt even more proud because I had actually seen it through despite almost giving up when I couldn’t come up with an idea or when it seemed too hard.”

This was Rebecca’s first time writing a gothic horror story. Rebecca noted that it was a challenge to write a plot for a short story rather than a longer story like she is used to

Rebecca said that, “It was hard to write an 8 page story and flesh out all the details in the way I wanted to, since I usually write longer stories where I can burn out the storyline gradually.”
Despite the difficulties, Rebecca commented that the story was a new challenge for her and that that was what made it so invigorating to complete.

“Redwood” is a phenomenal story and just demonstrates the growing pool of talented writers Kellenberg has to offer. Congratulations to Rebecca for her exceptional story.