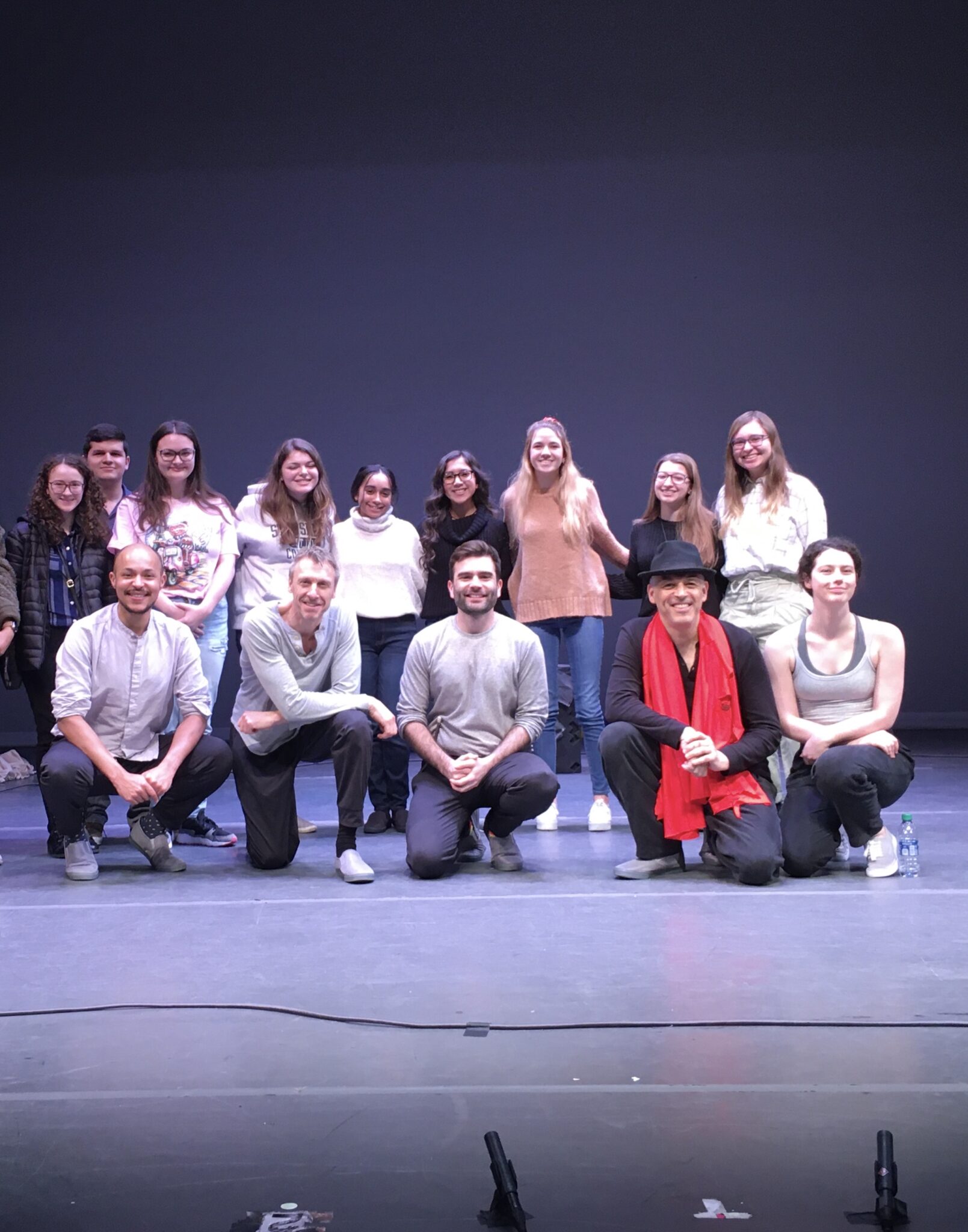 On Friday, January 31st, a group of seniors traveled to Molloy College in order to catch a riveting performance of The Tempest given by the Actors from the London Stage.  Working upon a bare stage and utilizing a cast of a mere five members, the touring company put great emphasis on the purity of Shakespeare’s language, showcasing the incredible skill of the actors themselves.  The play, which is one of the major works in the twelfth-grade curriculum, is noted for its fantastical elements (spirits, storms, monsters) and for its message about choosing forgiveness over vengeance.
After the show, the actors graciously remained onstage for a question and answer session with the students.  Rachel Seigel impressed the troupe with her question about the difficulty of having to improvise in Shakespearean English, while Samantha Durante made them all chuckle when she asked the actor who played Caliban about living up to his “boot-licker” moniker.  Overall, what a tremendous experience it was for the entire audience as everyone was able to witness these gifted performers from England bring their fellow countryman’s play to life.
Categories: School News, StudentsFebruary 4, 2020
Tags: AcademicsEnglish
Share this post
Share on FacebookShare on Facebook TweetShare on Twitter Pin itShare on Pinterest Share on LinkedInShare on LinkedIn