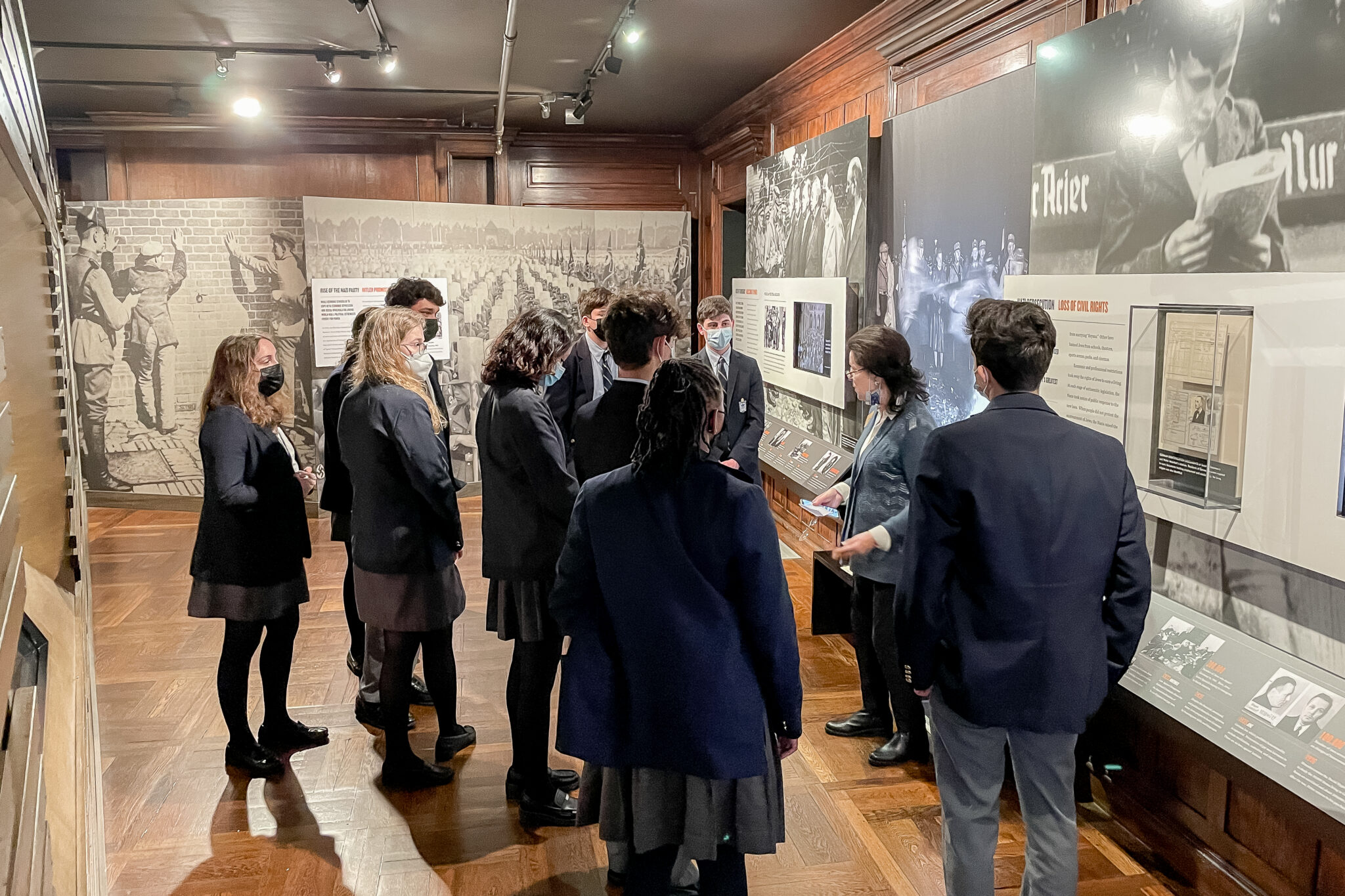 On Wednesday, May 4th, Mr. C. O’Brien, Mrs. Riiska, and Mr. Masiulis took 32 members of the sophomore class to the Holocaust Museum and Tolerance Center in Glen Cove.

Upon the students’ arrival to the museum, they were divided into three groups and were assigned tour guides. The guides, most of whom are directly related to Holocaust survivors, provided a closer look into the anti-semitism that was prevalent before and during World War 2. The students were also told stories of the Holocaust as well as it’s aftermath.

For further insight into the Holocaust, Felice Katz spoke of her mother’s story. Etunia Bauer Katz, Felice’s mother, wrote “Our Tomorrows Never Came”, a famous book on her experiences in Nazi-controlled Eastern Europe where she lived during World War 2. Though she has passed away, her story lives on with her daughter.

Mr. C. O’Brien noted, “The personal story of Mrs. Katz made this experience ‘real’ for the students and truly gave them a better understanding of the Holocaust.”

In all, this was a great opportunity to further teach about the tragedies that occured during World War 2.