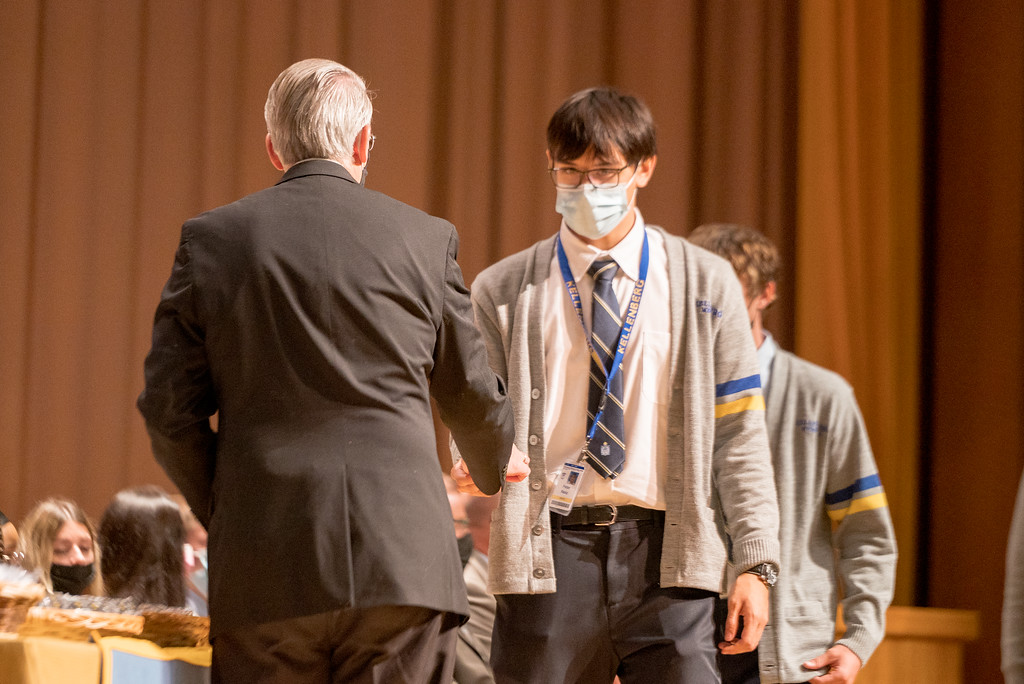 On October 26, 2021, Kellenberg held its annual Academic Awards Assembly. The assembly started with all the teachers and seniors walking in the auditorium and solemnly walking up to the stage.

Brother Kenneth congratulated students for their accomplishments, before handing out the awards. Sophomore Rayven Rospide stated, “I felt uplifted as I accepted my pin upon the accomplishments that I have achieved throughout the last year.”

Sophomore Brooke Federico declared, “the amount of people who achieved an award shows how Kellenberg Memorial was able to grow within their academic achievements, even with the covid pandemic occurring.”

Lastly, sophomore Holly Schoeffel stated, “It was a beautiful assembly that made me realize how much a family Kellenberg can be.”

Throughout the assembly, the band led by Mr. Vegas performed a medley of music.

At the end of the assembly, Mr. Kennedy inducted new members into the National Honor Society.