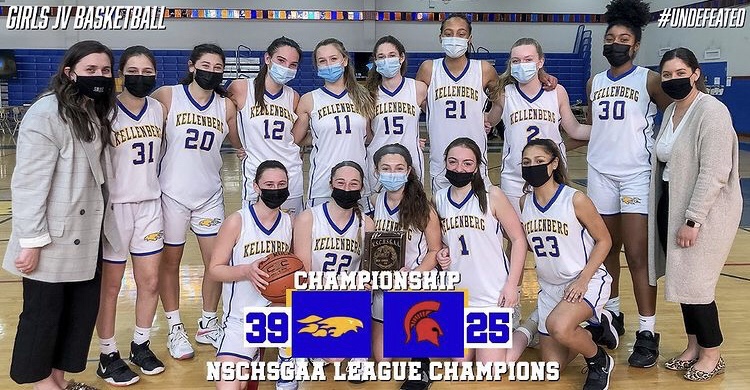 Every time the members of the girls JV basketball team step onto the court they make every moment count. On Monday, March 15, the lady firebirds defeated Sacred Heart by a score of 39 to 25 and became undefeated league champions.

Down by one point halfway through the game, the lady Firebirds took the advice of teammate Nora Casey 23’ to “Play with your heart!” to their game.
The ladies gained momentum and scored 16 points in the third quarter with their fast-paced offense and strong defense. Natalie Sheridan 24’ and Kathryn Shencman 24’ led the team with back-to-back three-pointers. Natalie finished the game with eight points while Kathryn ended up with 12 points. In the key, Kennedy Mayers 24’ and Erin Ochino ‘24 were strong under the basket and pulled down many rebounds for their team. Kennedy put up eight points and went five for six from the free-throw line while Erin gained six points of her own. Lindsay McShea ‘23 was another key player in the game with her tremendous defensive skills used alongside Jessica Paprocky 24’, Julia Walsh ‘23, and Natalie Sheridan ‘23. The lady firebirds were a force to be reckoned with and they finished their season strongly.