The Phoenix: Bowling is Rolling 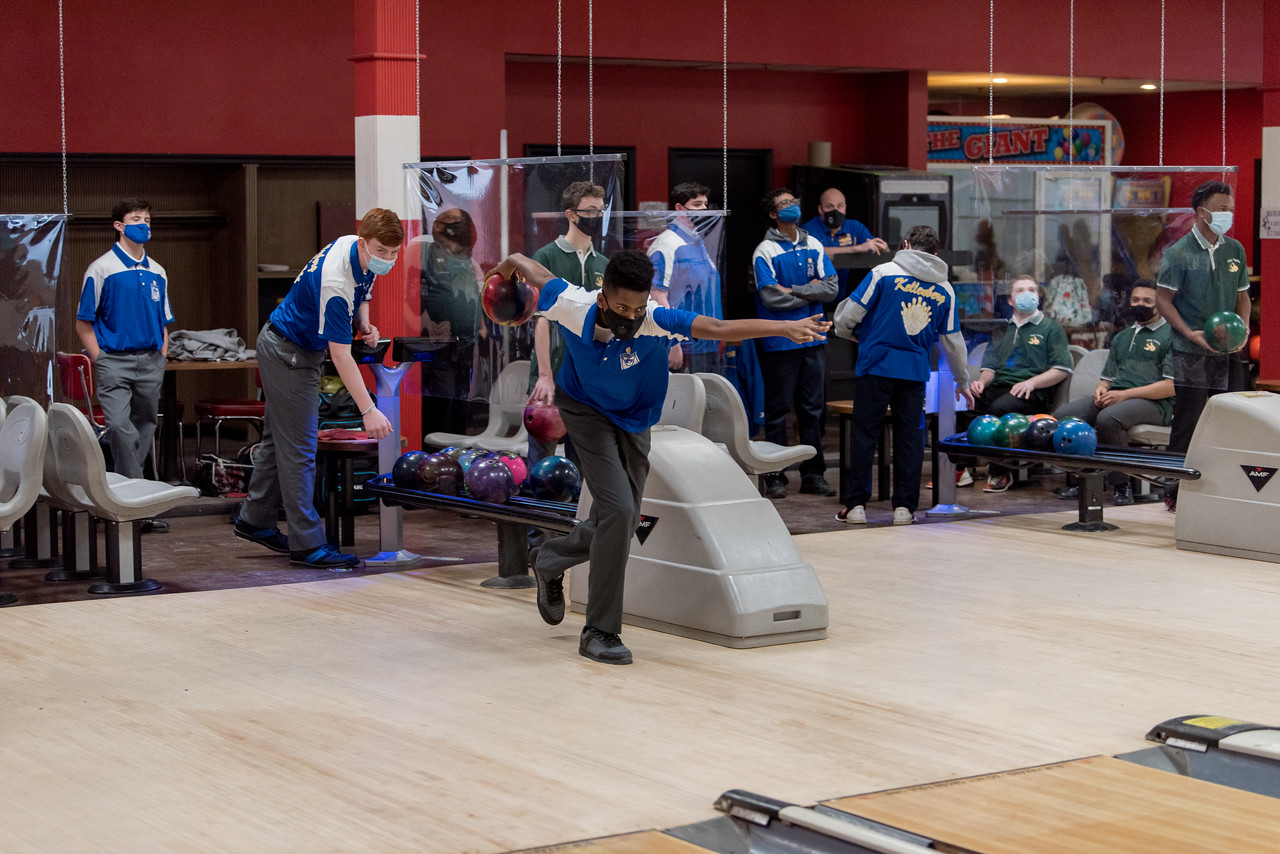 The Girls and Boys Varsity Bowling Team started off their athletic season with some exciting advancements. So far, our Lady Firebirds have had two official matches against Hicksville’s Holy Trinity and Huntington’s St. Anthony’s. Our boys have also faced the Titans and the Friars, as well as the Flyers of Chaminade.

The opening match against Holy Trinity kicked off the season with a great start. The girls were led by the high games of Kellie Sandas ‘21 (186) and Jenna Biscotti ‘24 (178), with Jenna’s score being her new personal best. Overall, the girls finished off strong with an 8-1 victory.

“We’ve already created such a fun environment to bowl in, so I’m really looking forward to seeing what this season has in store for us this year,” says one of the three senior captains, Ava Kaiser. After its first week of match play, the team was on a 2-0 winning streak following its game against St. Anthony’s. January 13th was a day to remember for the girls. Kellenberg ended up winning 6-3, Ava Kaiser again helping the team on its path to victory with her 432 series.

“The game was close, so the team and I were getting nervous. I ended up getting a strike in the ninth frame and then in the tenth frame, I got a split. I had never successfully gotten a spare on a split that wide. I ended up sparing the split which allowed me an extra ball because it was the tenth frame and I got a strike on that ball, too! It was very exciting and definitely a moment to remember,” states junior Brooke Cassatto on her most recent bowling experience.

Due to COVID-19, the two matches scheduled for January 19th and 20th have been postponed to a later date, but our student-athletes remain in high hopes.

“Our team demonstrates a very special spirit that gives me a feeling that we will be celebrating many more victories.” says Jenna Biscotti. Her words certainly ring true as the team is composed of talented young women, such as Kellie Sandas, named one of the Top 25 Bowlers for the 2021 season by Newsday.

The girls aren’t the only ones with a winning record. The Boys Varsity Bowling team accomplished similar feats with a 9-0 victory. Soon after, they beat St. Anthony’s as well with a 584 series by senior Dylan Lopez and a 629 series by Memphis Ling ‘23.

“I really enjoy playing these matches with my teammates against opposing teams; they always bring something new to the table,” says Memphis regarding his bowling attitude.

Most recently, the boys beat Chaminade 5-4 on Monday the 25th with the help of junior Matthew Cleary, who bowled a 207 and advanced the team to victory. The boys matchup against Chaminade for the second consecutive time on Wednesday, January 27. Stay tuned for more wins.