The Phoenix: Flag Football is a Big Hit 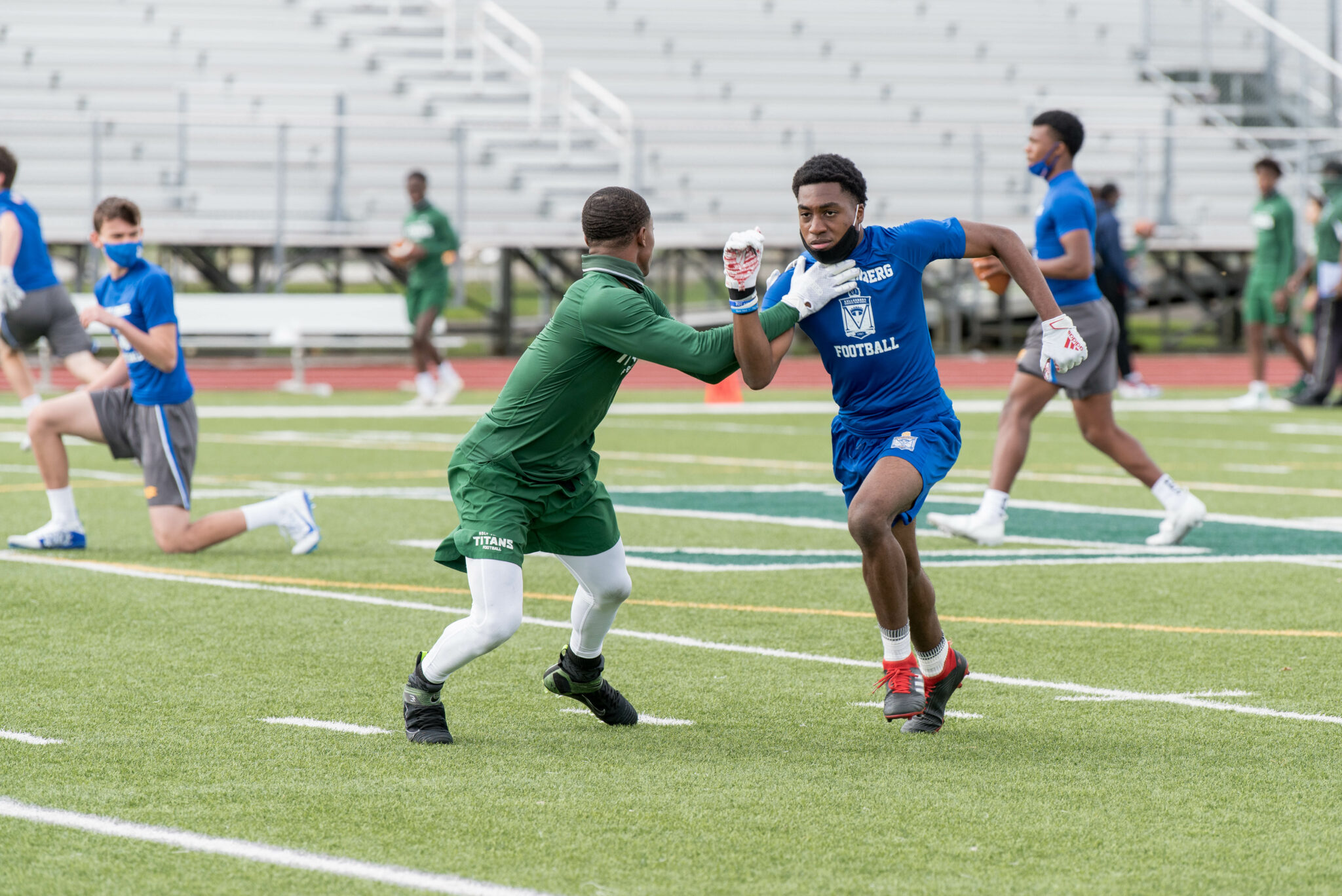 In an effort to mitigate the effect of Covid-19 on student athletics, Kellenberg Memorial has converted its football team from the traditional eleven on eleven tackle football squad into a seven on seven flag football team.

On Sunday, October 25th, The Firebirds took flight in a matchup against longtime rival Chaminade Flyers. The hard-fought battle resulted in a high scoring victory for Kellenberg. The team moved to 3-0 after a 37-29 win that was highlighted by 5 touchdowns facilitated by quarterback Ethan Greenwood’s offense. Three of Ethan’s passing touchdowns were sent in Maximus Mongelli’s direction and the other two went to Mike Gilliam and Jaden Lyons.

Commanding wins like this serve as major momentum boosts for the team, intensifying their passion for the game. Players know not to slow down and to keep playing their best football. At quarterback, Ethan has done an outstanding job at reading the defense and finding the open receiver. He believes a large part of his success is due to the fact that the defense has been limited to only 7 players instead of the usual eleven. Ethan elaborated by saying, “When there are fewer defenders it slows the game down because there is no one coming to tackle me.” Ethan displays his high football IQ in every match, cementing himself as a necessity for Kellenberg triumph.

However, Ethan is not the only breakout offensive star. Wide receiver Maximus Mongelli has accounted for touchdowns in each of the last three games and registered a season-high three touchdowns against Chaminade. Maximus knew from the jump that he would be a threat to the opposition.

“I played for a travel seven-on-seven league this past spring so I was already used to playing this way,” he states. “In fact, as a receiver, I get more of an opportunity during the games because there are no run plays, so every play is a pass play.” Maximus took this opportunity and ran with it, and he doesn’t plan on looking back. Keeping his eyes forward and always improving on his already stellar performances, he reminds us that hard work is the key to a consistent season. “We need to carry this momentum to practice each day and we will continue to produce well on the field.”

Both Ethan and Maximus have blossomed into vital pieces for Kellenberg’s prosperity. Ethan declared that he will utilize his hot start to help him prepare to tackle football’s return. The star quarterback proclaimed, “When it goes back to tackle football I will be more prepared, calm, and collected.” Maximus also looks towards the future, as he expresses how he hopes the game converts back to its original ways as soon as possible. Though it seems easier with fewer defenders on the field, Maximus points out how it isn’t quite as it seems. “The center only snaps and the quarterback cannot run, so it’s basically a seven on five which means it is harder to get open.” While it seems to be an irritating hardship, the Firebird receivers get over the obstacle pretty easily. Maximus continued by saying, “That hasn’t stopped our offense though. We haven’t had a problem getting open as you can see by the numbers we put up.”

Whether the game’s changes have been helpful or hurtful to players, some things just tend to stay the same. One of the more exciting things that came out of Week 3’s matchup was the rivalry displayed versus the Flyers. All the players agree that the fierce rivalry with Chaminade stayed evident on the field.

“The intensity of Chaminade games have never changed. We have always been going at it no matter if we are playing in pads or in a T-shirt and shorts,” said Ethan. A
Another aspect that can stick around is the idea of flag football itself. Maximus suggested that the current version of the sport can be used for people outside the team.

“I hope football goes back to tackle in the fall, but a good way to keep flag football in the mix would be if the school organized an intramural flag league with players, not on the team.”

No matter what the circumstances are, football remains a reliable pastime that Kellenberg continues to be a dominant force in. Even with the new restrictions, the players share a passion for the game and will play their hearts out in every showing. The changes that turned tackle football into flag football have so far been a success, and it looks to have an impact on the game for many years to come.