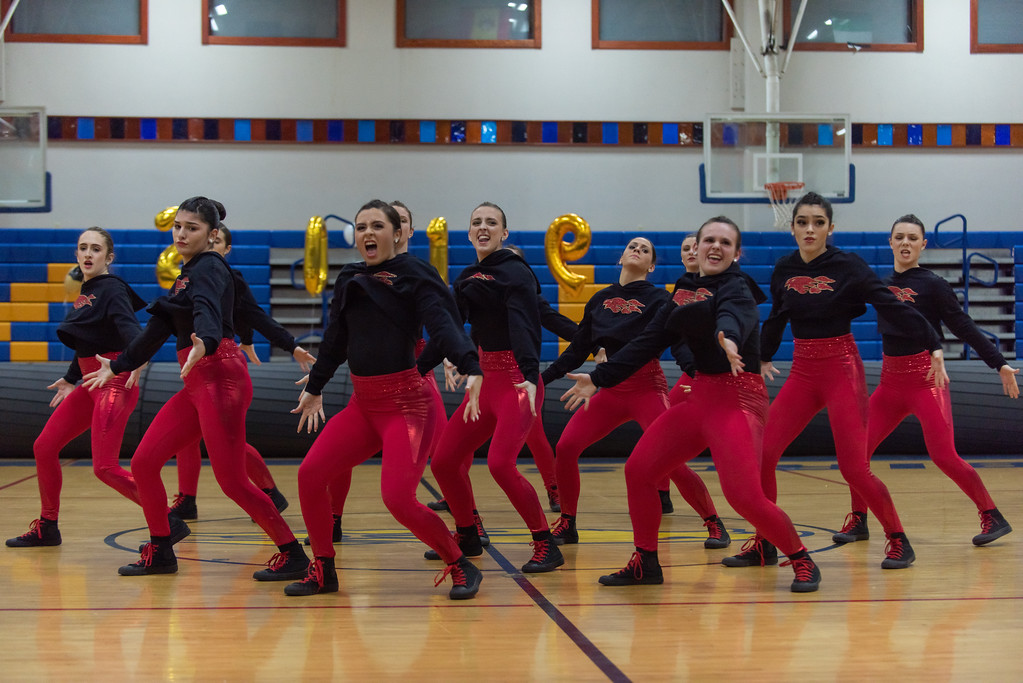 On Thursday, March 5, the Varsity Dance Team traveled to Orlando, Florida to compete in the NDA National Dance Championship, placing ninth in the nation.

The team placed 1st in Hip Hop, 1st in Jazz, 1st in Pom, and 2nd in team. They had attended the same competition in February, receiving 1st in Hip Hop, 3rd in Jazz, and 3rd in Pom at Nassau Community College in order to prepare for March’s event.

The team qualified for the national competition back in August, at the start of their Fall season. A representative from the National Dance Alliance came to Kellenberg from 9 AM to 5 PM to witness the team’s wonderful display of Jazz, Team, Hip Hop, and Pom. At the conclusion of the showcase, the team performed their dance back to the National Dance Alliance Representative, determining whether they would qualify for the competition. The team ultimately received the highest ranking possible, giving them the qualification for nationals.

At the national competition, the dancers competed in the Small Varsity category for Jazz, Team, Hip Hop, and Pom.

The team arrived in Orlando on Thursday, where they had the opportunity to have a “practice mat,” where teams have 20 minutes to practice their routines on a mock stage. This was an extremely difficult and demanding task since they had to accomplish everything they wanted to review in such a short time. The girls made the most of this time and used it to their advantage.

That Friday, the Dance Team started off the day with practice in preparation for their first performances, which took place that night. They performed in both Jazz and Team dance in the preliminary round and qualified to move on to the finals.

The girls had an early morning on Saturday, waking up at 5 AM in order to prepare for their Hip Hop and Pom performances. Once again, they were able to qualify for the final round. The team was extremely proud of accomplishing their ultimate goal for the season: qualifying for finals in all four dance categories. This early start continued onto Sunday, where the team woke up at 5 AM once again to get ready for a long day filled with performing three dances: Team, Hip Hop, and Pom. Their long season filled with hard work and dedication finally paid off when the team placed 7th in Team, 9th in Hip Hop, and 14th in Pom.

Senior Elisabeth Casey states, “The 14 girls on the team became one family and all worked so hard all year for nationals. The 7 seniors have been together since freshman year and created a bond that will never be broken. Going to nationals with such a close-knit team will forever hold a special place in my heart, and I will never forget such a memorable experience.”

The team is extremely proud of their accomplishments and looks forward to the next season.