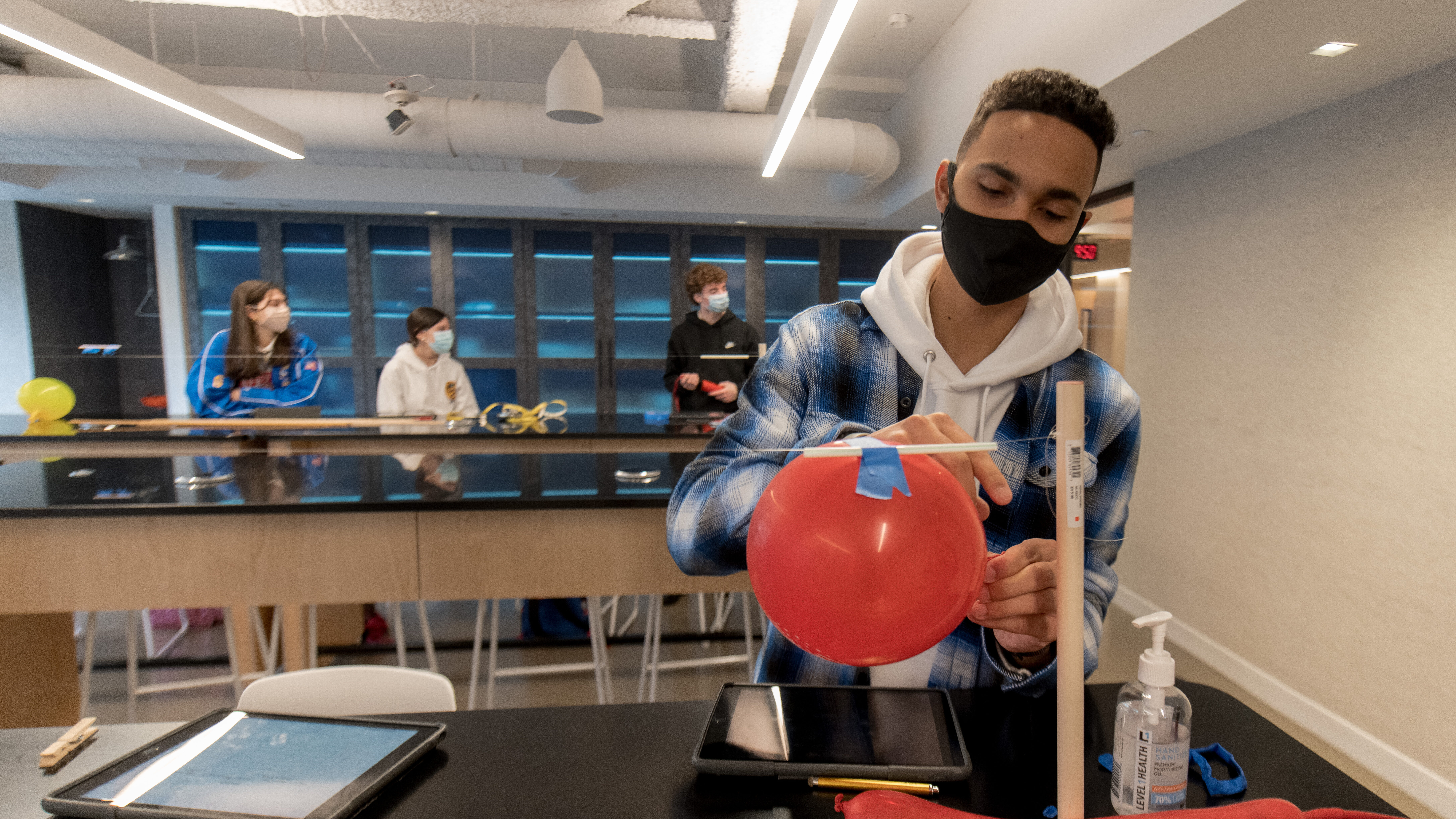 After about two years of strategic planning and careful building and operation, Kellenberg was delighted to announce the opening of its new lab wing, The Jim & Diane Rowen STEM Center. This new renovation is just one of Kellenberg’s future construction projects to improve the school’s learning and social environments. The new wing, which is named after generous benefactors and project advisors Jim and Diane Rowen, features five separate labs: a chemistry lab, a biology lab, a physics lab, a multi-purpose lab to be used by Kellenberg’s Science Olympiad team, and a collaboration room.

The renovation of the outdated wing was committed to in November of 2018. Kellenberg had realized the previous labs lacked the standards of modern-day high school science labs, especially with the rapidly growing interest in STEM. Kellenberg began interviewing architects and construction firms in December 2018 and ultimately decided on Mancini and Duffy, an architectural firm based in Manhattan. The firm helped design Chaminade High School’s science building, which solidified Kellenberg’s trust in their expertise. For construction purposes, Kellenberg hired Hunter Roberts, who helped build Sloan Cancer Research Center near the school. There were many standards the labs had to meet, such as fire code and building code, which had to be done all at once. If the labs were done one at a time, not only would it affect the workings of the upstairs environment, it would take five to six years to finally complete. 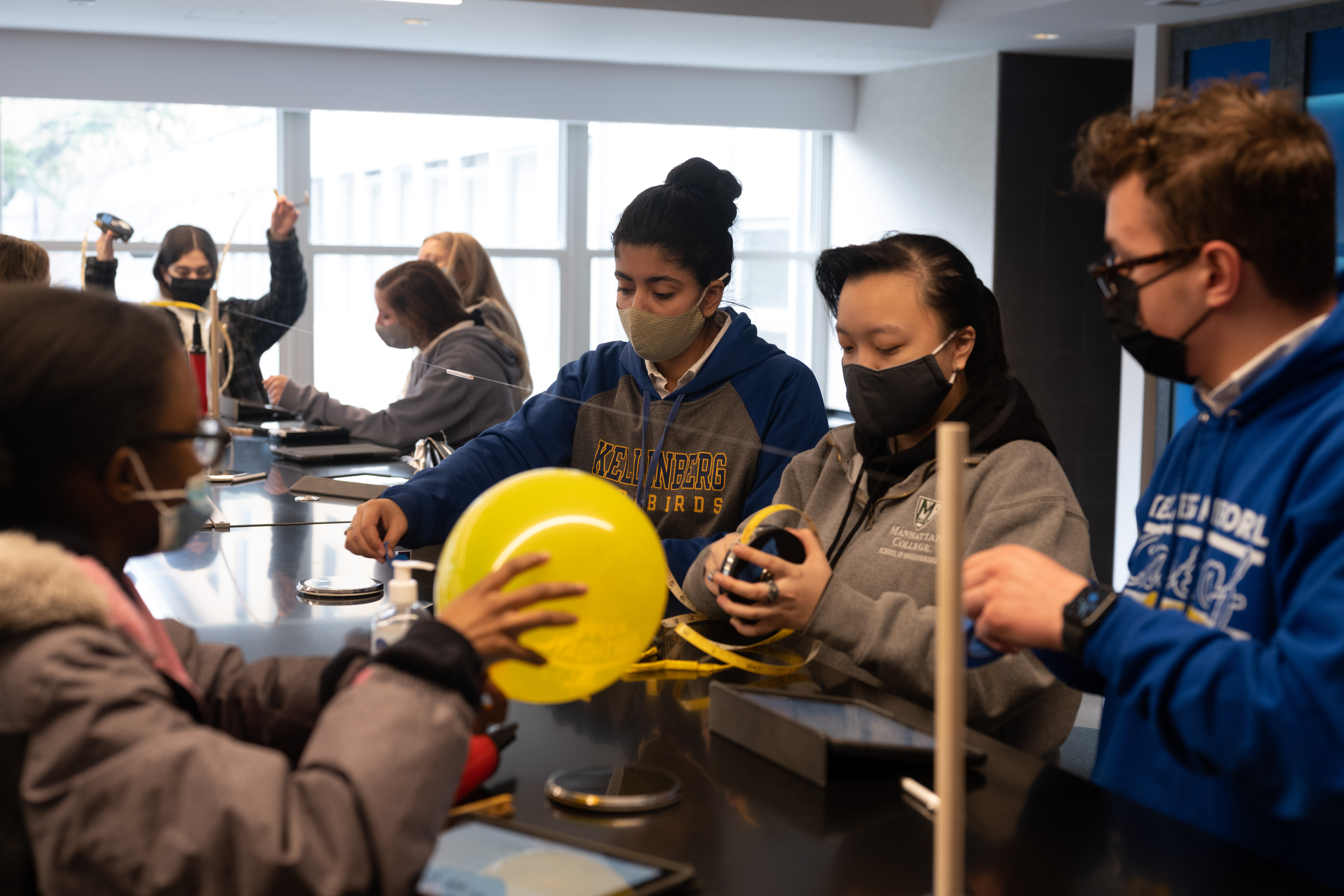 Construction officially began in December 2019. It began gradually, as the lockers in the original hallway were torn out, lab tables were deconstructed, and cabinets were ripped out of the walls. The plans were, for the most part, on schedule. The plans were only delayed three months due to the pandemic, but the workspace was extremely safe; there were no reported cases of Covid-19 within the construction management or anyone working on the renovations. The main focus was keeping everyone safe while still getting the work done effectively. Some very impressive additions to the labs include glass from Washington State, which lines the wings hallway. The chemistry labs now feature fume hoods, allowing for more advanced experiments to be completed. Each lab now comes equipped with cameras and monitors for broadcasting experiments. The new collaboration lab will be used for larger-scale experiments, discussion groups, and possibly even STEM talks with engineers, doctors, and scientists. The major parts of the labs were officially completed on January 10, 2021, though some minor details do still need to be tweaked. Kellenberg gradually began to introduce students to the new lab learning environment, starting with Senior Lab Days.

The labs were made possible by Spreading Our Wings: The Campaign for Kellenberg Memorial. The campaign has also provided for the purchase and renovation of Stella Maris Retreat House in Islip, NY, the resurfacing of the track, new ADA-compliant bleachers, a parking lot, two new turf fields, a tennis center, and, eventually, the creation of new multi-purpose activities center. The construction firm has provided a 3-D virtual reality scan of the entire lab space, which Kellenberg hopes to show off in order to advertise the labs and attract students who have ambitions in STEM.

Kellenberg is extremely proud of how the labs came out and the positive feedback that has resulted from the years of planning and construction. Now, the school looks to the future as it continues to open up more opportunities for students to further their education and success at Kellenberg.