The Phoenix: The Gym Transforms from Classroom to Hardwood for Basketball Season 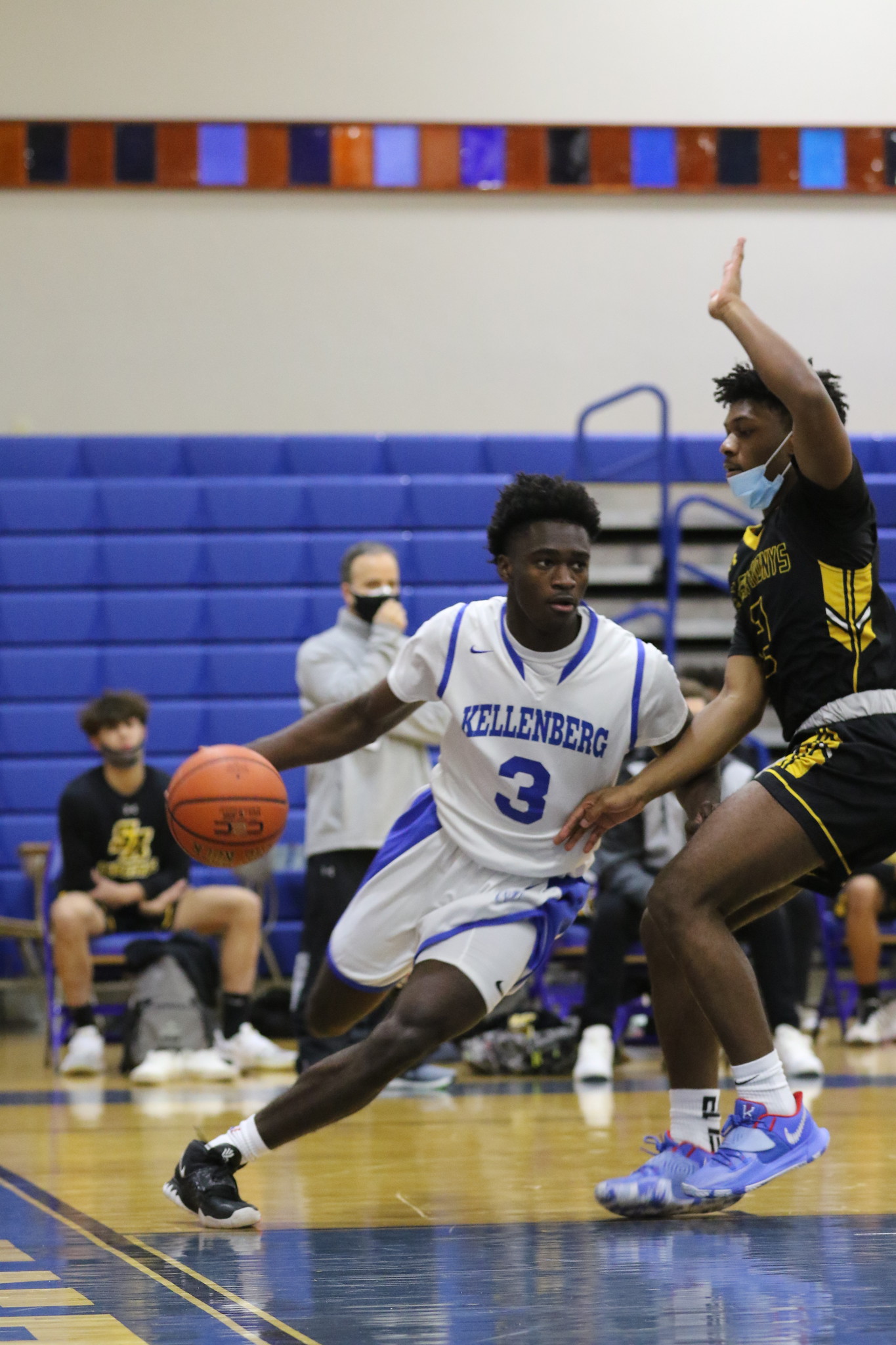 Kellenberg basketball is set to begin, and the teams are using creative methods to play and practice despite COVID-19 restrictions.

With basketball being a high-contact sport and the gyms being used as four classrooms for the seniors, the Kellenberg Athletics Department needed to find a way to make both academics and athletics work there. To get this done, the members of S.A.L.T. come to the gym after the seniors are dismissed and move the desks to the bleachers. The TVs and computers are also inverted to face the bleachers instead of the curtains. This allows the teams to use the courts. After practice is over, the team members return the desks to their original socially distanced positions for the next school day.

COVID restrictions have changed the dynamics of the game, but both the boys and girls are just happy to be playing at all. Spectators will not be allowed at games, but they will be streamed through the Kellenberg Athletic’s YouTube channel or at Kellenberg.org/livegames. Basketballs are also to be cleaned upon stoppage of play during practice and masks are to be worn at all times while team members are not playing on the court. In four weeks, the Boys Varsity Basketball Team is scheduled to play twelve games and currently, the Girls Varsity Basketball Team are 4-3. The Firebirds and Lady Firebirds play each team in the league twice, once at home and once away. “We practice all other days except for Sunday, usually 5:00 P.M. to 7:00 P.M. or 7:00 P.M. to 9:00 P.M.,” states Coach Cameron of the girls team.

“Not being able to have fans at the games is definitely devastating especially, since it will be my last year playing high school basketball,” says Brandon Braithwaite, ‘21. He continued, “Having a loud gym with big crowds really brings the team energy and inspires us to win games. But on a positive note, only having the teams and referees helps the team focus with fewer distractions.”

“The smell of the gym, the squeaking of sneakers, and the sound of a bouncing ball really lifted the spirits of these young men who have not had the opportunity to play basketball these past two months,” says Coach McCutcheon. That sentiment definitely applies to all levels of the sport.

Recently, Newsday awarded some of our very own Kellenberg athletes with high ranks. Victoria Dieguez ‘21, captain, and Caitlin Marten ‘22 of the Girls Varsity team made Newsday’s Top 100 Basketball Players on Long Island. Sean Michael Wilcox ‘21 of the Boys Varsity team also received this title and was placed in the Top 100.