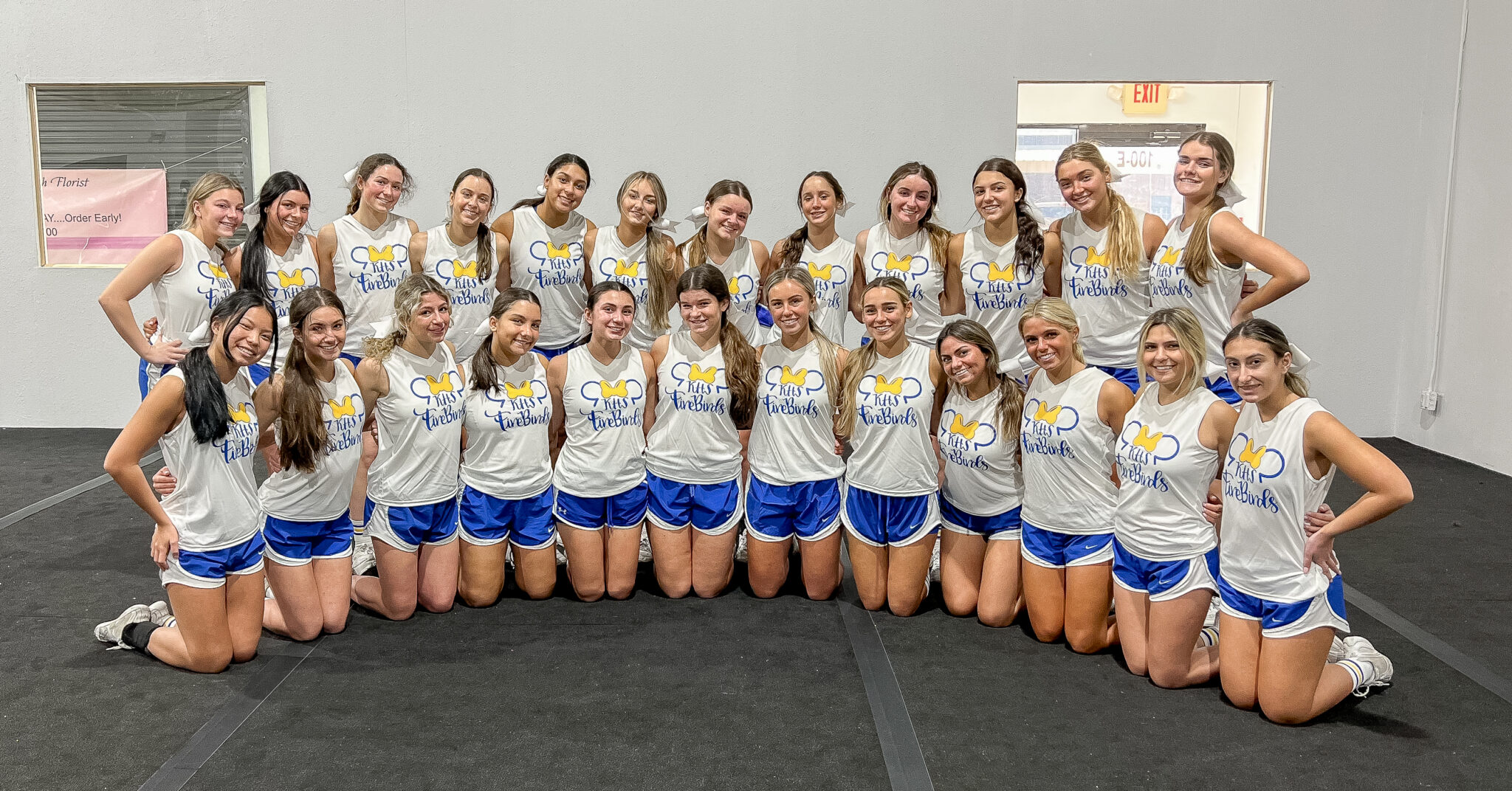 This past month, the Kellenberg Varsity Cheerleading Team had the honor of competing in the High School Cheerleading Nationals. After their past successes, the Firebirds took on Nationals once again, hoping to bring home a big win.

In early February, the team traveled down to Orlando, Florida, excited to see what Nationals held for them this year.

In order to calm everyone’s nerves before the competition, the team put aside time for some fun at Disney World. The girls also had the opportunity to practice at a cheer gym in Orlando to prepare for the competition.

The Firebirds competed against 80 cheerleading teams from all across the country. They were placed in the Medium Division 1 grouping where they put forward great effort. Unfortunately, they ended only half a point away from moving on to the semi-final round. Overall, the competition turned out to be an amazing experience for the team as well as their coach, Mrs. Meisse.

The team ended an incredibly successful season and could not be more excited to see what is in store for them next season.